The Helium Network, the world’s fastest-growing decentralized wireless network, today announced a major model expansion to meet the demand to support an unlimited number of wireless protocols, each with its own incentive model and governance.  “Helium’s mission has always been to create an affordable and accessible network built by and for the people. HIP 51 is the culmination of this goal and I’m excited to support the Helium Network’s role in adopting an unlimited number of protocols.”

Starting with 5G, the Helium Network will have a new token called MOBILE that rewards Hotspot owners for providing 5G coverage. As other networks join over time, each network protocol will have its own token and governance. Each new token will be backed by HNT, still redeemable for HNT at any time.

Today’s expansion was made possible through a majority vote of 96.9% from the community by way of a proposal called HIP 51 ~ a community proposal aimed at unlocking more utility for the network and propelling it to be a ‘Network of Networks.’

“The Network of Networks is the next big chapter for Helium, and will help unlock the full potential of its utility,” said Amir Haleem, founder and CEO of Nova Labs, formerly known as Helium Systems, Inc. “Helium’s mission has always been to create an affordable and accessible network built by and for the people. HIP 51 is the culmination of this goal and I’m excited to support the Helium Network’s role in adopting an unlimited number of protocols.”

“As the network began deploying Helium 5G, it became increasingly evident that the original Helium Network incentive model had to be expanded to serve 5G and beyond,“ said Scott Sigel, COO of The Helium Foundation. “We’ve seen the IoT network power nearly one million Hotspots, so I’m eager to see where the opportunity the 5G network brings us next.” 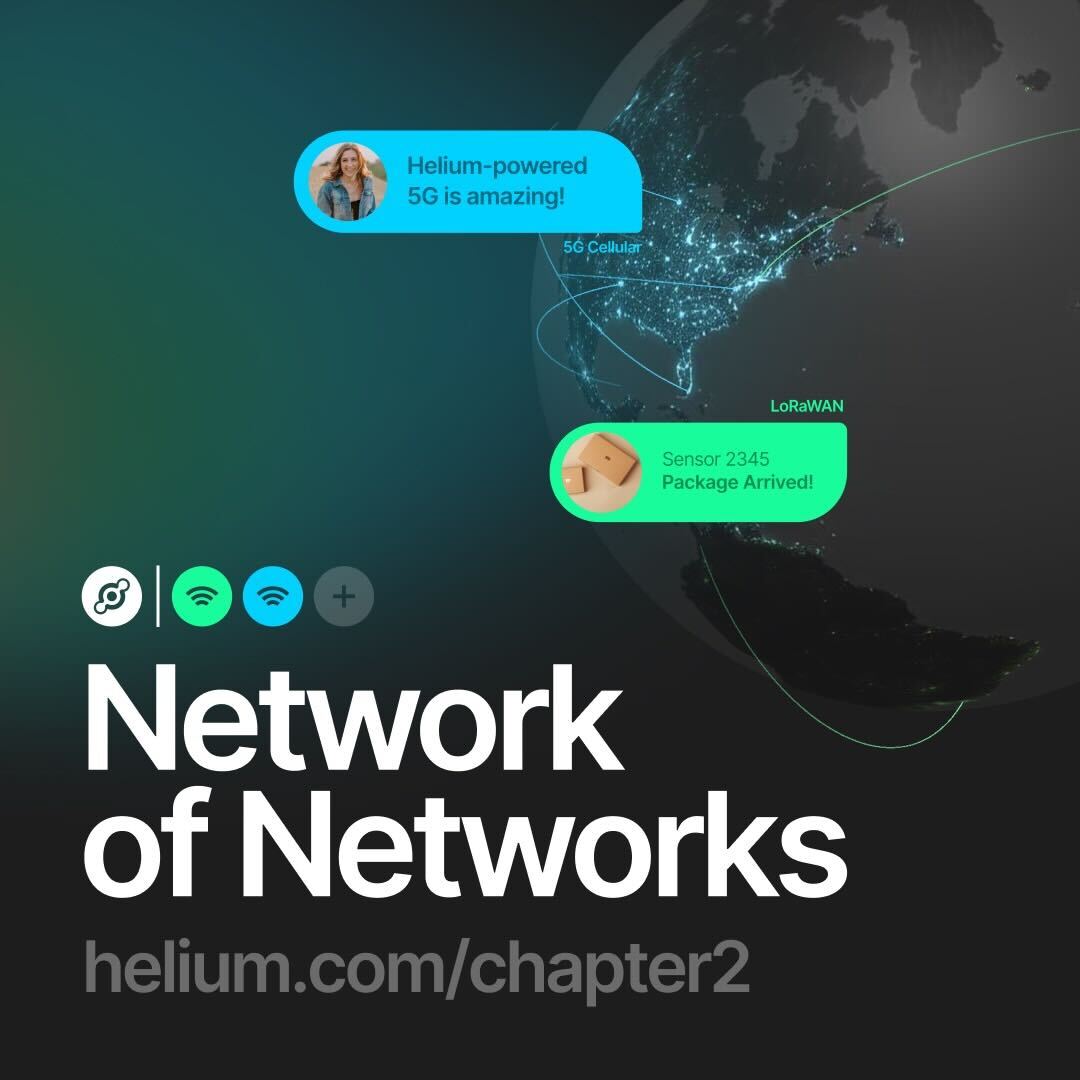 Introducing the Network of Networks via HIP 51:
Intending to open the door for variety to exist in the Helium ecosystem, HIP 51 introduces a blueprint for an unlimited number of wireless protocols to be added to the network, including the governance and deployment of the network’s current incentive model to include multiple tokens. With the HIP 51 approval announced today, Helium can grow exponentially in addition to its roots in IoT.
Growth of the Network

This August marks three years since the Helium Network debuted and incentivized everyday people to be part of building an affordable and secure global wireless network. Since then, more than 850,000 Hotspots have been launched in 177 countries and 64,000+ cities globally. What started as a people-led effort to provide connectivity for IoT devices, the most underserved market in the telecommunications industry, has quickly become a global effort to power more network protocols.

In recent months, other networks have applied Helium’s crypto-economic model to their ecosystems, including WiFi Dabba, which aims to bring affordable connectivity to the masses in India and Boring Protocol, which tackles privacy with a decentralized VPN. This expansion comes as other major enterprises have joined the growing Helium ecosystem, such as FreedomFi, DISH, and GigSky to help build out a nationwide 5G cellular network.

What This Means For The People’s Network:
Known as The People’s Network, the Helium Network uses crypto to reward everyday people for becoming mini cell towers by deploying Hotspots and providing coverage. Helium 5G is the Network’s second wireless protocol, following the success of its global IoT network that today powers IoT applications from independent developers to large Fortune 500 companies.

Existing holdings of HNT remain unaffected and Hotspots will continue to provide the same network coverage for millions of devices. What’s new is that this model gives individuals and communities agency to own and scale any type of network in the future.

To learn more about The Helium Network, please visit helium.com.

About the Helium Network:
The Helium Network is the first decentralized wireless network, democratizing access to the internet worldwide. Launched in Austin, Texas, in 2019 by the founding team at Nova Labs (formerly known as Helium Systems, Inc.), the Network has since become the fastest-growing wireless network providing open-sourced and decentralized coverage worldwide. IoT and network industry leaders including Actility, Senet, Kore, X-TELIA, and DISH use the Helium Network’s coverage for enterprise customers including Volvo Group, Cisco, Schneider Electric, Accenture, Olympus, One Planet, Hoopo, Invoxia, Victor, and others. More information can be found at helium.com.