China Unicom on Tuesday announced that it would offer 5G services for a selected group of users to try the ultra-fast wireless network, becoming the first Chinese telco to offer 5G services to the public and marking the start of consumer 5G in the country.  At a conference in Shanghai, the carrier also announced other plans for 5G, including devices and global cooperation, boosting its advances in the rollout of the ultra-speed network. But analysts said that despite the progress, final commercialization could take more time to be realized.

China Unicom launched its 5G trial services on Tuesday at its global partner conference in Shanghai, saying that it is the first telecom carrier in China to offer the public 5G trial services, according to a statement the company sent to the Global Times.  As part of the program, China Unicom will provide selected users 5G services as well as handsets that are capable of running on 5G networks, the statement said.  With China Unicom’s move to offer consumer 5G, China will become one of the first countries to launch commercial 5G, following launches in the US, South Korea and some in Europe.

At the conference, the company also announced that it would launch 5G services in seven Chinese cities, including Beijing, Shanghai and Guangzhou, capital of South China’s Guangdong Province, and it displayed five mobile devices that support 5G connections.  Although other companies, including China Mobile, have conducted tests on 5G networks, China Unicom’s move shows that China might be near the final rollout of the network, analysts said. 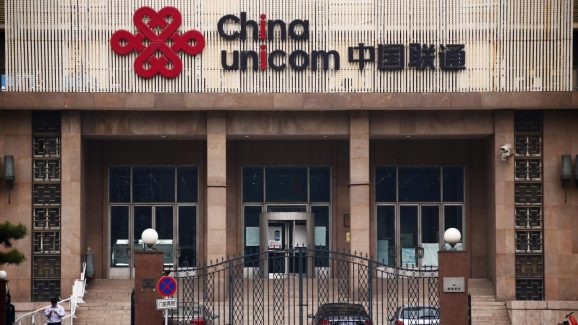 “China is making a lot of progress in developing 5G-related technologies. With the software and hardware ready, we can expect that 5G licenses will soon be granted to operators, such as China Telecom and China Unicom,” Xiang Ligang, director-general of the Information Consumption Alliance, told the Global Times on Tuesday.

Xiang noted that the readiness in the “key parts of the 5G industrial chain” means that hardware, including 5G base stations and 5G devices, as well as software, including the provision of stable 5G networks, are both ready for commercialization.

Overall deployment of 5G in China is moving forward smoothly, and it is expected to see more application of the next generation of mobile technologies in the Internet of Things, healthcare, smart manufacturing and others, the Ministry of Industry and Information Technology said on Tuesday.

“The most challenging thing is how to use 5G technologies well,” Wen Ku, director of the telecom department at the ministry, told a press briefing in Beijing, noting that the most mature applications so far are in the consumer and auto sectors.

China Unicom said it has formed an alliance on innovative 5G applications with dozens of companies in areas such as media, the industrial internet, automobile, healthcare and education.

“The application of any technology becomes mature through trial and error,” Xiang said. “The trial application in the seven cities will provide the operator with important feedback so that the 5G service can be improved when it’s in official use.”

Still, there could be a way to go before the final commercialization of 5G in China, according to Fu Liang, a Beijing-based independent telecom analyst.  “There is still so much to be explored in terms of how 5G can be applied in different areas like education, entertainment or transportation,” Fu said. “Yes it can increase downloading speed, but it will take time for people and companies to adapt and make full use of it.”  Fu estimates that with steady steps of development of applications, 5G technologies will be widely used with smart devices by the beginning of next year.

5G is “a very different scenario,” Qualcomm 5G marketing director Ignacio Contreras tells VentureBeat, and is “coming fast” to the country. Instead of lagging behind, China will offer 5G at the beginning of its lifecycle, though it’s unclear just how geographically widespread the high-speed, low-latency networks will actually be at first. The carrier says it will offer initial service in seven cities, including Shanghai, Beijing, Hangzhou, Shenzhen, and Xiong’an New Area.

China Unicom’s launch will be backed by numerous Qualcomm Snapdragon X50modem-based 5G devices from Chinese companies, most notably including OnePlus, OPPO, Vivo, Xiaomi, and ZTE. Initially, many of these devices will be fairly similar to one another thanks to their use of Qualcomm’s Snapdragon 855chipset, but there will be variations in both form factor and pricing.

For instance, flexible-screened Alpha smartwatch maker Nubia is releasing a “mini 5G” smartphone designed to be smaller than the roughly 6.4-inch-screened 5G phones other carriers have shown. And Xiaomi is expected to offer Chinese consumers a 5G phone in the sub-$700 price range, well below the $1,000 and up premium pricetags favored by LG’s and Samsung’s South Korean smartphones.

Other companies will offer 5G-ready devices for the Chinese market. Domestic manufacturer Huawei has promised to offer aggressively priced 5G devices with its own Balong 5000 modems, as well as a $2,600 foldable tablet-phone called Mate X. Taiwan’s MediaTek is planning to supply chips for mid-range and premium phones for Chinese consumers, as well.

China Unicom moves first Chinese 5G launch up to May