Optical transport equipment deployment faces increasing headwinds as a broad number of network operators embrace IP-over-DWDM in Metro WDM applications, according to the most recent Transport Hardware Report from research firm Cignal AI. The impact of IP-over-DWDM on capex is expected to be moderate until 2023 when implementation of the new approach gathers momentum.

“IP-over-DWDM is a concept two decades old, but technical compromises, operational challenges, and high cost have prevented its widespread adoption. Gen60C 400ZR/ZR+ pluggable optics can solve these problems with availability well-timed to the 400 Gigabit Ethernet investment cycle,” said Kyle Hollasch, Lead Analyst for Transport Hardware at Cignal AI. “Hyperscale data center interconnect will drive early volumes, but service providers – who are responsible for 75% of optical CAPEX – should get on board in 2023 as the cost savings of IP-over-DWDM becomes impossible to ignore.” 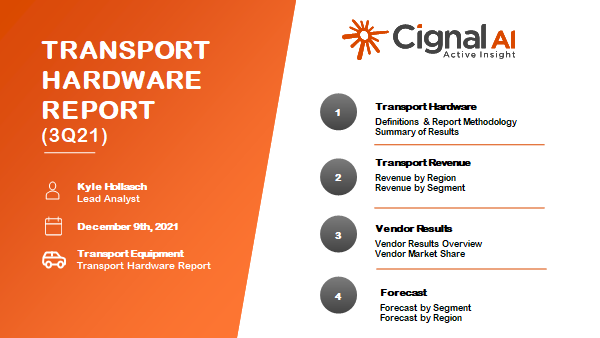