BT has offered to spend up to £600M to connect the final 1M homes and businesses in rural areas of Britain to a broadband connection suitable for most needs. The telecom company said every home and business in the UK would have a broadband speed of at least 10 megabits per second (Mbits/s), fast enough to stream movies, video conference and browse the web.

Broadband endpoints will either be connected via the Openreach network through fiber-optic cables, a network of copper lines via xDSL, or through the fixed broadband wireless system, where connections use radio and, in some cases, satellite signals.

BT’s plan is for 99% of the UK population to be able to obtain a broadband service of at least 10 Mbit/s by 2020.  That speed meets the needs of a typical household, according to UK regulatory authority Ofcom, but is less than the 2015 FCC broadband speed minimum of 25M bit/s (downstream).

About 93% of the UK population can already access a service of at least 24 Mbit/s, according to the UK government, but there has been concern about a growing “digital divide” as rural communities miss out on the broadband revolution.

The government said it was weighing BT’s proposal against a regulatory approach. “We warmly welcome BT’s offer and now will look at whether this or a regulatory approach works better for homes and businesses,” said Culture Secretary Karen Bradley in a weekend statement. “Whichever of the two approaches we go with in the end, the driving force behind our decision making will be making sure we get the best deal for consumers.”

Actual network construction is not due to finish until late 2021 or 2022, because of work on the rollout of fixed network technologies.

The UK government said rollout would take longer under a regulatory approach but highlighted the pricing implications of BT’s plan for rivals and broadband consumers.

“It is also proposed that BT would fund this investment and recover its costs through the charges for products providing access to its local access networks,” it said. “The approach to recovering these costs will be considered in Ofcom’s current wholesale local access review.”

Gavin Patterson, CEO of BT, said:“  We are pleased to make a voluntary offer to deliver the Government’s goal for universal broadband access at minimum speeds of 10Mbps. This would involve an estimated investment of £450m — £600m depending on the final technology solution.”

At the top end of this range, the investment would equal about 2.5% of BT’s revenues in its last fiscal year (to end-March 2017) and about 17% of overall capital expenditure across the Group.

BT said it would look to recover the cost of its investment by leasing the rural networks to its rivals. The offer will also be reflected in Ofcom’s current review of how to regulate the market for super fast, fiber-based networks of the future. 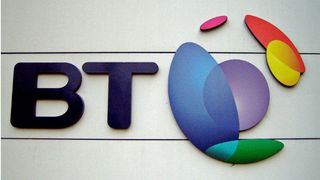 Capex soared by about £3.5 billion ($4.6 billion) at BT last year, largely because of spending on broadband roll outs.  BT is planning several major investments in the coming years: it plans to extend all-fiber networks to around 2 million UK premises by 2020, and connect another 10 million homes and businesses to a xDSL technology called G.fast, which boosts connectivity speeds over last-mile copper loops. (See BT to Cover 2M Homes With FTTP in $8.7B Plan.)

Earlier this month, BT CEO Patterson said he was considering the viability of a much more ambitious fiber roll out that would benefit around 10 million premises by 2025. (See BT Rejigs Consumer Biz as Profits Hit by £225M Italy Payout.)

He has also indicated that BT will participate in an upcoming auction of airwaves that could be used to support new 5G services. Operators made crippling payments for spectrum licenses during previous auctions, although experts do not expect a 5G auction to generate a similar windfall.