Judge Richard Leon of the the US District Court for the District of Columbia ruled today that AT&T and Time Warner can merge, without any concessions or strings attached.  This was a huge rebuke for the US Justice Department, which had argued that the deal would be anti-competitive (See Author’s Opinion below).  The judge’s 200-page opinion permits the $85.4 billion (or $108.7 billion including debt) deal to go forward with no conditions imposed. The transaction will close on or before June 20, AT&T’s lead lawyer, Daniel Petrocelli, told reporters after the ruling. AT&T will now own pay TV channels such as HBO, TNT, TBS, and CNN which it currently distributes on it’s U-verse, DirecTV, and DirecTV Now pay TV platforms.  It will also own Warner Brothers which includes DC Entertainment.

The merger, including debt, would be the fourth largest deal ever attempted in the global telecom, media and entertainment space, according to Thomson Reuters data. AT&T will take on a large amount of additional debt to clinch the Time Warner pact, with its long-term debt rising from $134 billion to more than $175 billion.

The Department of Justice released a statement after the decision, saying, “We are disappointed with the Court’s decision today. We continue to believe that the pay-TV market will be less competitive and less innovative as a result of the proposed merger between AT&T and Time Warner. We will closely review the court’s opinion and consider the next steps in light of our commitment to preserving competition for the benefit of American consumers.”

On the other hand, AT&T General Counsel David McAtee said in a statement: “We are pleased that, after conducting a full and fair trial on the merits, the Court has categorically rejected the government’s lawsuit to block our merger with Time Warner.  We thank the Court for its thorough and timely examination of the evidence, and we compliment our colleagues at the Department of Justice on their dedicated representation of the government. We look forward to closing the merger on or before June 20 so we can begin to give consumers video entertainment that is more affordable, mobile, and innovative.”

In a scathing opinion, Judge Leon urged the U.S. Department of Justice not to seek a stay of his ruling, saying it would be “manifestly unjust” to do so and not likely to succeed.  If the Justice Department can’t win an emergency stay during appellate litigation, AT&T and Time Warner will be free to go ahead and close their deal.

“That’s a legal shocker.” said J.B. Heaton, an attorney and consultant on litigation and regulatory proceedings. “I think we’ll see now that companies will be much more confident about vertical mergers,” he added, referring to acquisitions which tie together different parts of a business, such as production and distribution.

Judge Leon previously approved Comcast’s acquisition of NBC Universal in 2011. In that case, he added a list of conditions the new entity was required to follow. Among those, Comcast agreed not to gouge competitors who wanted to carry NBC content and not to create a service entirely made up of Comcast or NBC content.  Not so for this deal.  The Justice Department had pressured Time Warner to sell Turner Broadcasting, which includes the cable news operation CNN, or other segments of the business, which both companies resisted. But Judge Leon rejected that argument.

In his opinion, Leon cited the “tectonic changes” brought about by the likes of Netflix, Hulu and Amazon and other OTT content providers which has enabled many video consumers to cut the cable cord. “AT&T and Time Warner concluded that each had a problem the other could solve,” he wrote. “Together, AT&T and Time Warner concluded that both companies could stop ‘chasing taillights’ and catch up with the competition.” 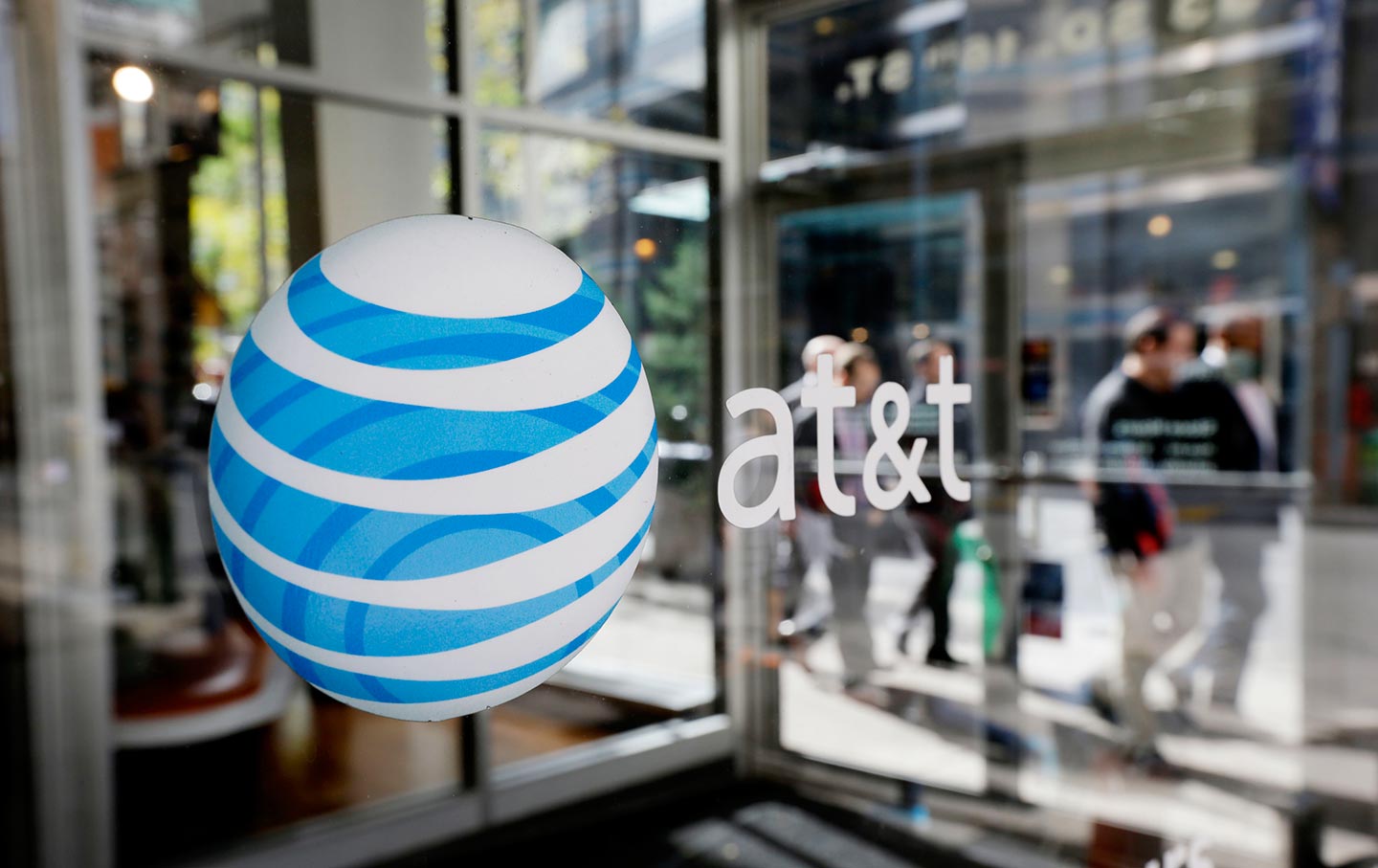 On Monday, CNBC reported that Comcast was preparing to bid for 21st Century Fox if the AT&T deal went through, playing off a more permissive judicial atmosphere for major content acquisitions. Disney has already bid for the studio, and it’s still unclear which company will actually end up owning it, but the overall point is hard to miss. The only question is how they’re planning to press their new advantage.

It will be interesting to see if there’s now a bidding war between Comcast and Disney which both want to acquire 21st Century Fox.  One can certainly expect the pace of mergers and acquisitions to accelerate due to this “green light” ruling.

At the root of almost all mergers is a quest for more market power, or simply put, the ability to knock out competitors and raise prices. Pricing power is something AT&T and the other distributors of media have been losing as consumers flock to cheaper online streaming services (like Netflix Inc, Hulu, You Tube, etx) where the profit margins are much tighter.  That’s after intense competition from T-Mobile US Inc. drove other wireless carriers to lower the cost of mobile-data plans. The struggle to find growth also isn’t something unique to the media giants, which is why once unthinkable mega- mergers are being considered.

The end of net neutrality, which became official this past Monday, makes this kind of content creator/distributor merger more alarming for consumers. AT&T already controls DirecTV and offers a zero-rating deal for AT&T Wireless customers who want to stream DirecTV content directly to their device without hitting data caps. With no restrictions on throttling or paid prioritization, those deals can get broader and more aggressive over time.  AT&T is investing heavily in DirecTV Now as their flagship OTT video service.  Now they can add all the Time Warner channels at lower cost and with no data caps for their broadband and wireless customers. And provide a fast lane (prioritized Internet traffic) for an expanded DirecTV Now! AT&T will now also own HBO Go streaming service, which might continue as a stand alone OTT service and/or be folded into DirecTV Now.

While the net neutrality issues are well-known, there’s less focus on the content side of the business, which has been particularly affected by the latest round of pending acquisitions. The output of the conventional studio system is increasingly concentrated in the hands of just a few mega-corporations like Disney (ABC, ESPN, Disney channels, etc), Comcast (NBC Universal), and AT&T (Time Warner). So while Netflix and Amazon are dealing with the post-net-neutrality challenges of streaming video over someone else’s network, they’ll also have to worry about where they get the content from.  Everyone knows Netflix and Amazon have created quality video content, but that alone won’t be sufficient to compete with the mega media/ ISP companies (Comcast is the largest ISP in the U.S.).

With the end of net neutrality, AT&T and Verizon can prioritize their own movies and TV shows, to the likely disadvantage of rivals such as Netflix, Hulu, Amazon, YouTube and future startups.

When Disney’s long-planned streaming service launches next year, the company will stop licensing Marvel and Star Wars movies to Netflix and show them exclusively on its new service instead. If AT&T follows suit, the forthcoming DC Universe streaming service could end up tied to HBO Go or DirecTV Now. Or they all could be folded into DirecTV Now. We think that video content studios and talent will start to line up behind their sister streaming services, and it will get harder and harder for OTT content providers to enter the video streaming market.

If AT&T wants to withhold “must have” programming from a rival telecom company, or charge more for it, that company cannot readily replace it. That was the crux of the government’s case — that vertical mergers, at least in this context, can reduce competition and harm consumers.

On the consumer side, less competition almost always causes prices to be raised.  Also, with less competition, companies have less incentive to provide good customer service and better products — because consumers have few options about where to take our business if we’re unhappy.  Finally, companies also are less motivated to innovate when there isn’t a lot of competition.  The implication here is that AT&T may invest less in mass market “5G” infrastructure (based on ITU-R IMT 2020 recommendations) and more on Direct TV Now streaming service and related video content.

Other Voices Weigh In:

“The decision shows that the court recognizes that the marketplace is changing and business models are converging. Yesterday’s definitions of old channels of commerce are quickly becoming obsolete.”

The ruling is a “very dangerous development for consumers. This enables the content and transmission companies to further consolidate and maintain their control over large bundles and high prices whether delivered on cable satellite or broadband.” Mr. Kimmelman predicted “an avalanche” of new transactions that would further consolidate the video and entertainment industries.

“This is just another major move in an industry undergoing profound change and disruption.”

“This merger will only accelerate the explosion of video streaming options at the further expense of traditional linear television.”

Gigi Sohn, former counselor to Tom Wheeler, ex-chairman of the FCC, and distinguished fellow at the Georgetown Law Institute for Technology Law & Policy:

The deal is likely to raise the price of Time Warner products and reduce programming choices, Ms. Sohn said. “I’ve never seen a media merger that’s had any benefit to consumers and this one is certainly no different. I think you’re going to see every cable and broadband provider looking to pair up with Hollywood studio programmers.”

Larry Downes, project director of the Center for Business and Public Policy at Georgetown University’s McDonough School of Business:

Mr. Downes said he expects to see a flurry of deal making, starting with Comcast formalizing its bid for 21st Century Fox assets. “What’s really going on here is the incumbents on the content and distribution side are so far fighting a losing battle against the new entrants. These deals are not signs of strength, they are almost desperate efforts to come up with new combinations of assets they can use to compete with Netflix and Hulu.”

“It really was a stunning rebuke of the Department of Justice,” said media analyst Craig Moffett. “Judge Leon was wholly unpersuaded by their case.”

Author David Dayan wrote: “While Judge Leon took pains to say in his ruling that “the temptation by some to view this decision as being something more than a resolution of this specific case should be resisted by one and all,” it’s hard to disassociate this smackdown from the cases to come. Any companies looking to merge can likely be confident that, even if they don’t intimidate the antitrust agencies out of challenging them, the courts will have their back. The champagne must be flowing in boardrooms tonight.”

“Today, the internet is run by giants. A handful of American tech behemoths — Amazon, Apple, Facebook, Google and Microsoft — control the most important digital infrastructure, while a handful of broadband companies — AT&T, Charter, Comcast and Verizon — control most of the internet connections in the United States.”

“As I’ve noted often in the last few years, big companies have been crushing small ones over and over again for much of the last decade. One lesson from everything that has happened online recently — Facebook, the Russians and Cambridge Analytica; bots and misinformation everywhere — is that, in the absence stringent rules and enforcement, everything on the internet turns sour. Removing the last barriers to unfair competition will only hasten that process.

It’s not going to be pretty.”

With AT&T acquiring Time Warmer, big tech and media companies will likely get bigger via mergers and acquisitions.   That means more control, less competition, and little or no regulatory oversight.  Let us know how you feel about that by posting a comment in the box below.