The operator also said it turned on two 5G-enabled base stations in the state of Tasmania. In August it switched on its first 5G-compatible cell sites  to enable testing of pre-commercial devices, with aims to deploy more than 200 sites across Australia by the year-end.  Telstra plans a commercial 5G launch in 2019 and is engaged in various trials at its 5G Innovation Centre in Australia’s Gold Coast (see pic below), which it opened in February.  That Centre, supported by Ericsson, has since been home to several world and Australian firsts including the world’s first precinct of 5G-enabled WiFi hotspots, Australia’s first 5G Connected Car, the world’s first end-to-end 5G non-standalone data call on a commercial mobile network, and the launch of over 50 5G-enabled sites around the country.

Although the form factor device used for the so called “5G” test is larger than most mobile handsets, it bears a far closer resemblance to a commercially available smartphone than the 200kg, fridge-like prototype 5G device that Telstra was employing for tests just a few months ago.

“Telstra’s strategic relationship with these global industry partners allows Telstra to test, understand and demonstrate real world 5G capability so we can advance the deployment of 5G and immediately bring it to our customers as soon as devices are commercially available,” said Telstra’s network engineering executive, Channa Seneviratne.

“Today’s announcement is a significant milestone as it signals that commercial 5G devices are getting closer and closer,” he added.

“Field testing in our real-world mobile network with this chipset over our commercial spectrum moves the verification well and truly from the lab into the street,” Seneviratne said. “The team will continue testing over the coming months to improve data rates and overall performance in readiness for device availability.” 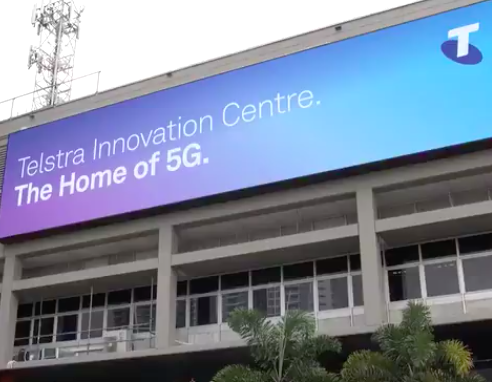 Telstra’s chief executive, Andy Penn, has said that he expects the transition from 4G to 5G to be even swifter than the migration from 3G to 4G.

In July this year Telstra said that it had successfully conducted a 5G data call over its network using Intel’s 5G Mobile Trial Platform.   In August the company announced that it had started progressively declaring its mobile sites ‘5G-ready’ — a move that rival telco Optus dismissed as a marketing stunt.

The Australian Communication and Media Authority is currently auctioning off spectrum in the 3.6GHz band, which will play a key role in early 5G services.