The Internet of Things (IoT) industry is on track to see nearly $3.7B in funding this year as connectivity and software are injected into sensor-laden objects and appliances. An increasing proportion of these dollars are being allocated to startups working specifically on the industrial IoT.

Five of the top 12 IoT investors are now corporate venture arms, including Intel Capital, GE Ventures, and Cisco Investments. Please refer to this chart from CBInsights:

Following Andreessen Horowitz, the fourth-most active IoT investor is another CVC, Qualcomm Ventures. As CBInsights noted in  prior investor roundups, Intel and Qualcomm are involved in designing and/or manufacturing ever-smaller chips to power mobile devices, and IoT likely offers them strategic value.

According to Wing VC (see reference& postcript below), Industrial/Enterprise IoT accounts for the largest number of funding deals over the past few years, followed by Wearables.

“When we ranked various sectors by total number of funding deals over the past three-and-a-half years, the Industrial/Enterprise category came out on top with almost 600 deals. We’re entering what’s been called the “Factory 4.0” era, in which a combination of sensors, software and backend cloud compute and storage is giving companies new insights into the performance of their physical assets. Quite a few deals in the manufacturing sub-category of Industrial/Enterprise IoT were of this nature. These startups can demonstrate swift “RoIoT”—or return on investment in IoT—to customers, who use the data and predictive analytics provided to minimize unplanned downtime and outages. On the Enterprise front, we saw a reasonable amount of activity in sub-categories such as building management services, healthcare and retailing.”

References on State of the IoT Market:

Postscript/Comment based on email from IEEE Member Discussion Group:

At the IoT Tech Expo session where it was presented, the VC panelists praised Martin Giles of Wing VC for his excellent assessment of the IoT start up environment/state of the industry. One key point is that startups in some IoT categories/industry verticals are not attracting the big $ funding envisioned.  Industrial IoT leads the way forward in deals.  Also, total $ start up funding deals is decreasing as per slide 26.  Meanwhile, the total  # of IoT M&A deals is decreasing while the # of large M&A deals is increasing, as per slide 29.
Here are a few slides from that presento: 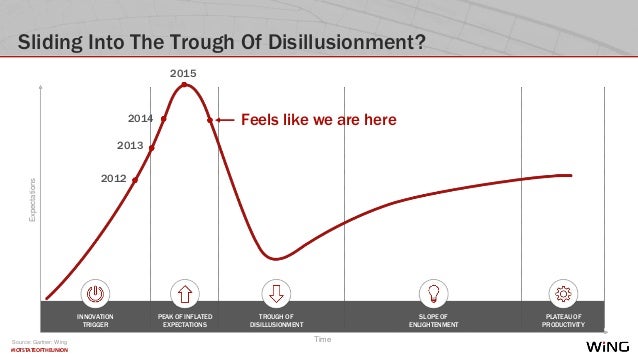 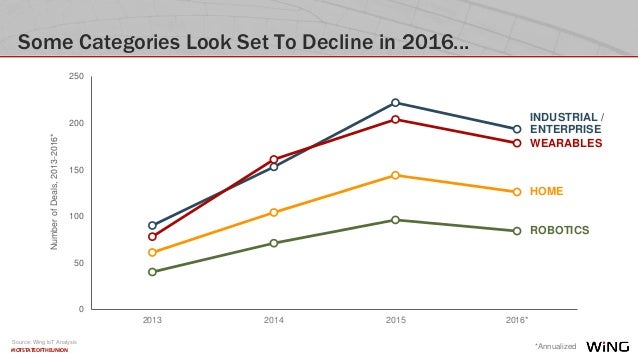 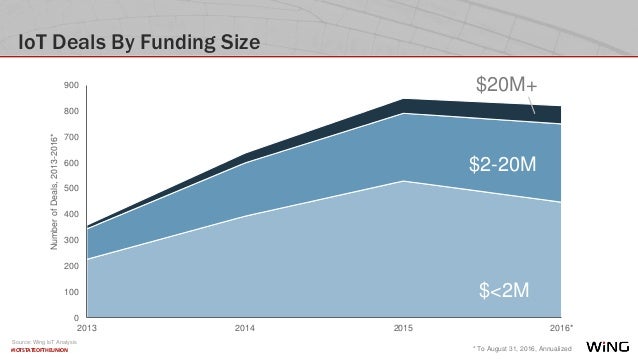 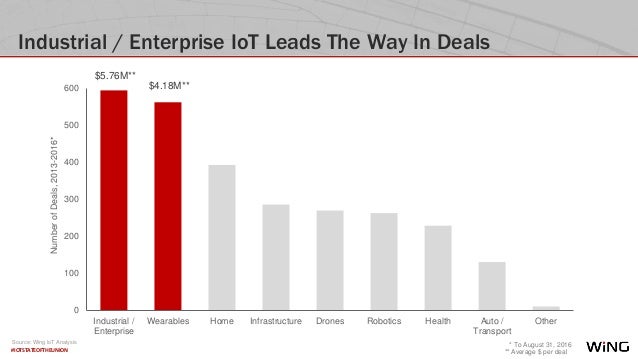 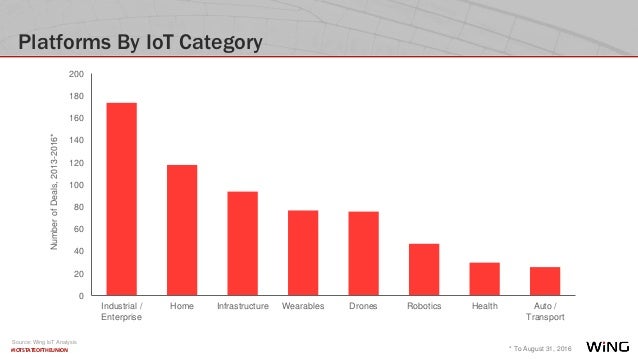