China Mobile remains by far the largest Chinese cellular operator, with 950.2 million customers, of which 758 million are 4G users.

China Telecom, which has been growing steadily in the past year, has moved into second place with 335.57 million mobile customers, compared to 318.4 million at Unicom. 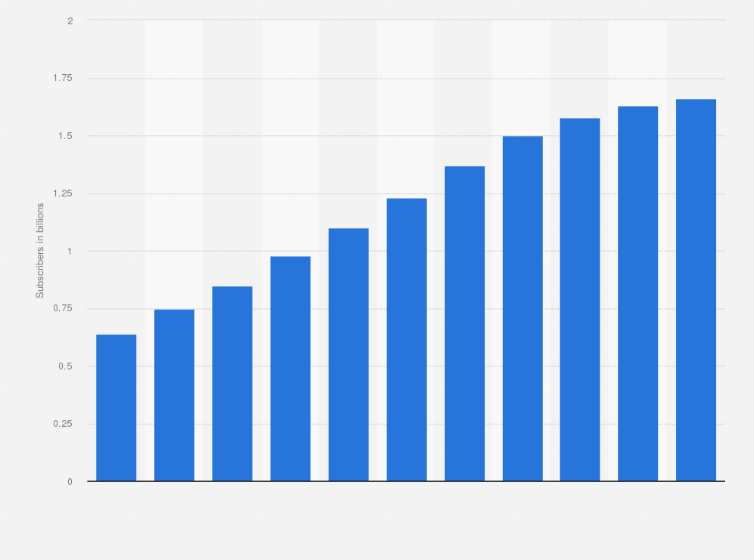 Number of mobile phone subscribers in China from 2008 to 2018 (Source: Statista.com)

While the rollout of 4G in China took 46 months, 5G is expected to be available within ten months. China Mobile, the biggest of the three operators, already has 10 million customers interested in 5G, who are the first to access the services at launch. China Mobile earlier announced it expects to end 2019 with 5G coverage of 50 cities, and add another 340 cities in 2020, covering a population of 600-700 million people.