AT&T today reported a drop in third-quarter revenues and profit, due mainly to the impact of the coronavirus pandemic on its entertainment business. Subscriber numbers showed some signs of recovery, with over 1 million postpaid net adds in the mobile market and broadband growth thanks to subsidised offers during the pandemic. AT&T said it now expects to generate free cash flow of at least USD 26 billion this year and pay out just over 50 percent of that in dividends.

Quarterly revenues fell to $42.3 billion from $44.6 billion in the year-ago quarter. WarnerMedia (-10%) was affected by the pandemic measures, while mobile service revenues (-0.3%) suffered from lower roaming. Legacy wireline services also continued to erode, and Latin America revenues were hurt by forex pressure. These declines were partly offset by higher mobile equipment sales (+6.4%) and higher advertising revenues as sports broadcasts resumed.

While operating costs were somewhat lower due to the slowdown in media production, operating profit still declined to $6.1 billion from USD 7.9 billion a year ago due to COVID-related incremental costs. In total, AT&T estimates the coronavirus crisis reduced EPS by 21 cents, including 2 cents in extra costs and 19 cents from lower revenue. The operator’s reported net earnings fell to $2.8 billion or 39 cents per share from  $3.7 billion or 50 cents a share in Q3 2019.

After capital expenditure (capex) was reduced to $3.9 billion and operating cash flow increased to $12.1 billion, AT&T was left with free cash flow of $8.3 billion in Q3. The company reduced net debt by $2.9 billion compared to the end of June, leaving it with leverage of 2.66x adjusted EBITDA at the end of September. Over the full year, capex is still expected at around $20 billion. 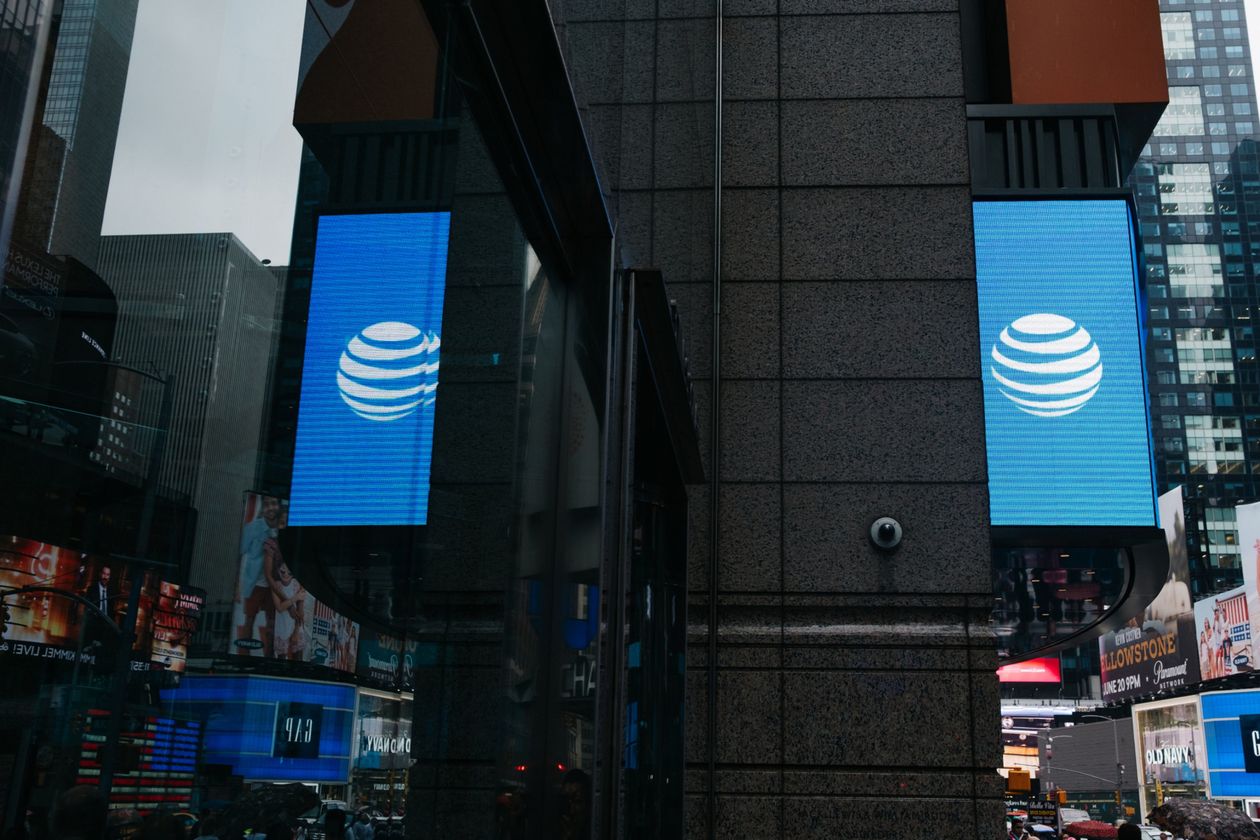 AT&T mobile revenues were up 1% to $17.9 billion thanks to higher equipment sales, while EBITDA was slightly lower at $7.7 billion. Subscriber growth rebounded from the slower second quarter, with a total 5.5 million net additions. That included 1.1 million postpaid net adds, with 645,000 new phones, and postpaid ARPU was up slightly from Q2 to $49.94. The operator also added 245,000 new prepaid lines, while the remaining growth was new connected devices, which rose to nearly 76 million in total on the mobile network.

Mobility is AT&T’s largest and most important business, accounting for 42% of consolidated revenues.  Analyst Craig Moffett wrote: “The subscriber results in Mobility were better than just “good.” They were a genuine positive. But can AT&T’s success be sustained in the face of a 5G investment cycle that favors T-Mobile today, and that will require big spending (to buy mid-band spectrum. e.g. C-band) tomorrow?”

AT&T managed to slow the decline of TV subscribers to losses of 627,000, half the number of the year-earlier period. That left the company with just under 17.8 million pay-TV subscribers at the end of the period (including 683,000 OTT customers), down 17.5 percent year-on-year. Pay-TV ARPU improved to $130.55 (excluding OTT).

For the first time in six quarters, AT&T’s IP broadband subscribers – FTTH and U-verse broadband subs, not including legacy DSL – posted growth. Broadband subscribers benefitted from relaxed terms to help people work and learn from home during the pandemic. AT&T added a net 158,000 subscribers, its first growth in six quarters, for a total base of 14.1 million at the end of September. The growth was entirely in AT&T Fiber, which grew by 357,000 subscribers to 4.7 million. Fiber connections finally grew fast enough to keep up with U-verse declines.  Growth of 2.4% YoY in premium broadband ARPU only (AT&T doesn’t report DSL ARPU) was probably enough to offset the aforementioned 1.4% YoY decline in total subscribers; total broadband revenue growth very likely turned positive in the quarter.

Total Business Wireline revenue was $6.3B, down 2.5% YoY. That’s a deceleration in the rate of decline from last quarter’s 3.5% (although excluding IP sales in the second quarter a year ago, the decline last quarter would have been a gentler 1.7%, so Q3 may be better seen as a small acceleration in the rate of decline). Still, the result was better than the expectation of $6.25B by 1.4%.

With respect to AT&T’s competition in the telco space, Moffitt wrote:  “AT&T’s positioning vis-à-vis the newly merged T-Mobile/Sprint demands attention. New T-Mobile will be competing on the basis of not only lower prices, but also a best in-class 5G network. T-Mobile has a much better mid-band spectrum position than either AT&T or Verizon. Both will need to spend money to keep up. Verizon is in a position to do so. AT&T is not. With the C-Band auction coming in December, AT&T doesn’t have much time to free up some balance sheet headroom.”

AT&T said in a slide presentation that the company is focused on market-based priorities:
• 5G wireless and fiber-based connectivity
• Expanding reach of software-based entertainment platforms
• Relentless commitment to customer experience

AT&T CFO John Stephens, speaking on the company’s Q3 earnings call, said AT&T is on track to grow its fiber base by 25% this year and add 1 million total new FTTP subscribers for all of 2020.  That’s very impressive!

“My intent is to exit next year (2021) … gaining subscribers, gaining share and growing the broadband business,” said AT&T CEO John Stankey on the earnings call . “We still have a lot of fallow fiber that we can sell into. You saw that this quarter.”   AT&T will look to expand its fiber footprint, but didn’t elaborate on how much more FTTP (AT&T Fiber) or how the associated capex it would spend to increase its fiber footprint.