The telco quintet – Deutsche Telekom, Orange, Telefónica, TIM (Telecom Italia) and Vodafone – signed the Memorandum of Understanding (MoU) on The Implementation of Open RAN Based Networks In Europe earlier this year and have now set out their technical stall so that the vendor community has some guidance with which to work.

The ‘Technical Priorities Document’ provides a set of “technical requirements that the signatories of the Open RAN MoU consider priorities for Open RAN architecture. It serves as a guidance to the RAN supplier industry on where to focus to accelerate market deployments in Europe, focusing on commercial product availability in the short term, as well as solution development in the medium term. In terms of timeframe, the operators wish to ensure the readiness of Open RAN solutions for large scale network roll-out from 2022 onwards. Macro deployment is identified as the primary target for the operators.”

The telco quintet say they are not seeking to develop new specifications or standards in this process, but simply identify their preferences in terms of technology and architecture that are based primarily on the specifications being developed by the O-RAN Alliance.

There are many requirements, particularly around the IT requirements underpinning the Open Cloud architecture that needs to support containerized cloud native functions (CNFs). You can read the full document here.

How many Open RAN technical requirements and spec writing consortiums/alliances are necessary? We already have O-RAN Alliance, TIP Open RAN Project, Open RAN Policy Committee, and slew of company alliances.   That is NOT the way specifications are created as there are surely overlaps, duplications and gaps in one or more of these entities requirements documents.  This will surely result in mass confusion and slow the market for Open RAN equipment.

The way to proceed, IMHO, is to have the operators work through the O-RAN Alliance to state which of their requirements are mandatory and which are optional.  This is what PTT’s did from 1976-1996 within CCITT to standardize X.21, X.25, ISDN, Frame Relay, and ATM.  They did likewise from 1998-2000 to standardize ADSL and VDSL within ITU-T.

The Open RAN Requirements document highlights multiple interfaces that need specific attention by technology developers.  For example, adherence to an Open F1 interface for the centralized unit/distributed unit (CU/DU) split, as well as Open X2/Xn interfaces for connectivity between base stations – but stresses the importance of open fronthaul, described as “the prime interface to be supported in a fully interoperable manner, without compromising network performance, especially for Massive-MIMO.” The O-RAN Alliance 7.2x interface the preference of the five operators, though they note there is the need to “further investigate UL [uplink] enhancements for the 7.2x split in order to improve performance and robustness particularly in mobility scenarios.” 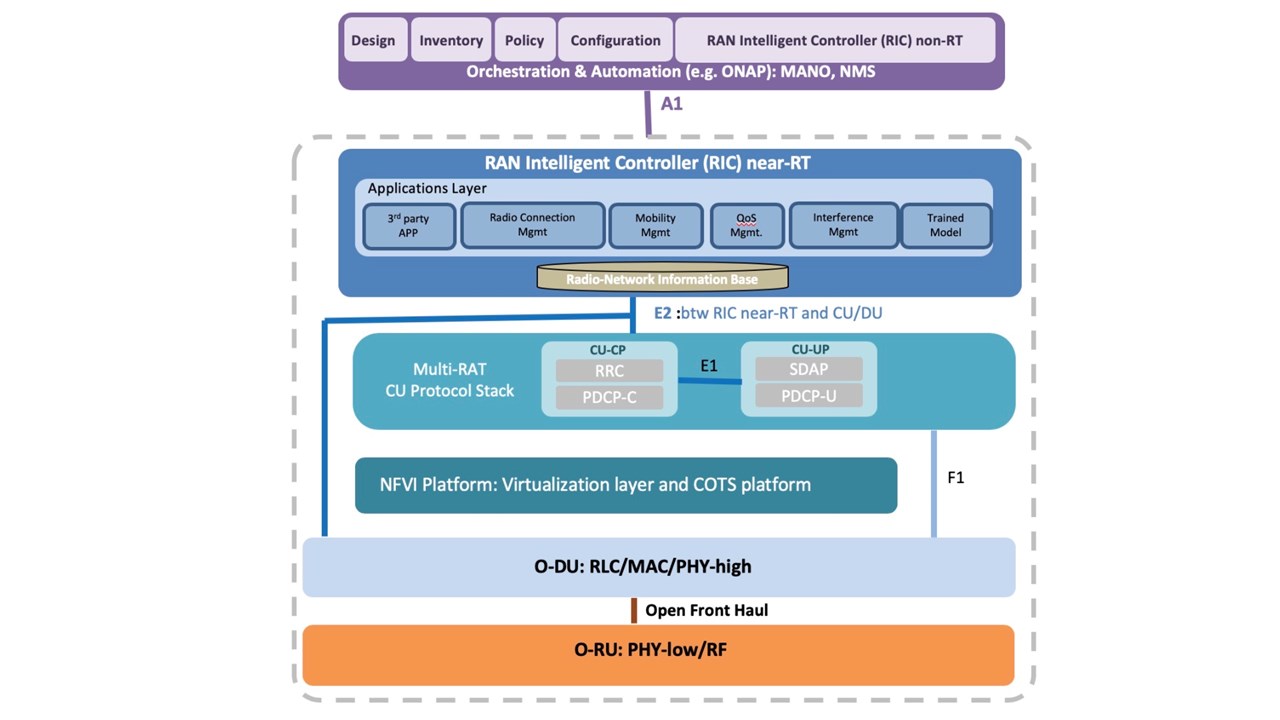 The paper also stresses that focus should be on 4G/5G in the 3.4-3.8 GHz bands as well as legacy FDD (frequency division duplex) bands.  The operators believe that mmWave bands are more specific to certain markets and so not as important initially for this set of operators. As for interoperability with legacy mobile networks, the paper notes that “the operators are interested in inter-operability between 2G/3G baseband units and RUs, based on proprietary interfaces, since no open interface has been specified successfully. This applies mainly to hybrid Radio Units supporting 2G/3G/4G/5G, but also for legacy 2G/3G only RUs already deployed.”

In addition, the operators need to be sure that the Open RAN technology they deploy will enable RAN sharing: “While MORAN [multi-operator RAN] with shared O-RU only and MOCN [multi-operator core network] support is unanimously requested, both shared infra and dedicated infra per operator is relevant, depending on whether the infra is deployed on the same site or deployed autonomously by each operator in their target location (e.g. in their own cloud). Efficient RAN sharing management is required to allow sufficient independence between operators to manage their own CNFs on a shared infra, while avoiding any potential conflicts.”