The 5G chipset market will exhibit a CAGR of 49.02% for the forecast period of 2022-2029 and is likely to reach the $2,519.78 billion by 2029.  The rise in the cellular IoT (internet of things) connections will influence the growth rate of the 5G chipset market. The upsurge in the demand for high speed internet and broad network coverage is a key element driving market expansion. The 5G chipset market is also being driven by factors such as rising mobile data traffic and increasing need for smart technologies.

Furthermore, technological advancements and increase in the popularity of 5G-enabled smartphones will enhance the growth rate of 5G chipset market. Also, the upsurge in the demand for ultra-reliable and low-latency data networks capable of providing seamless connectivity will act as a major factor influencing the growth of 5G chipset market. 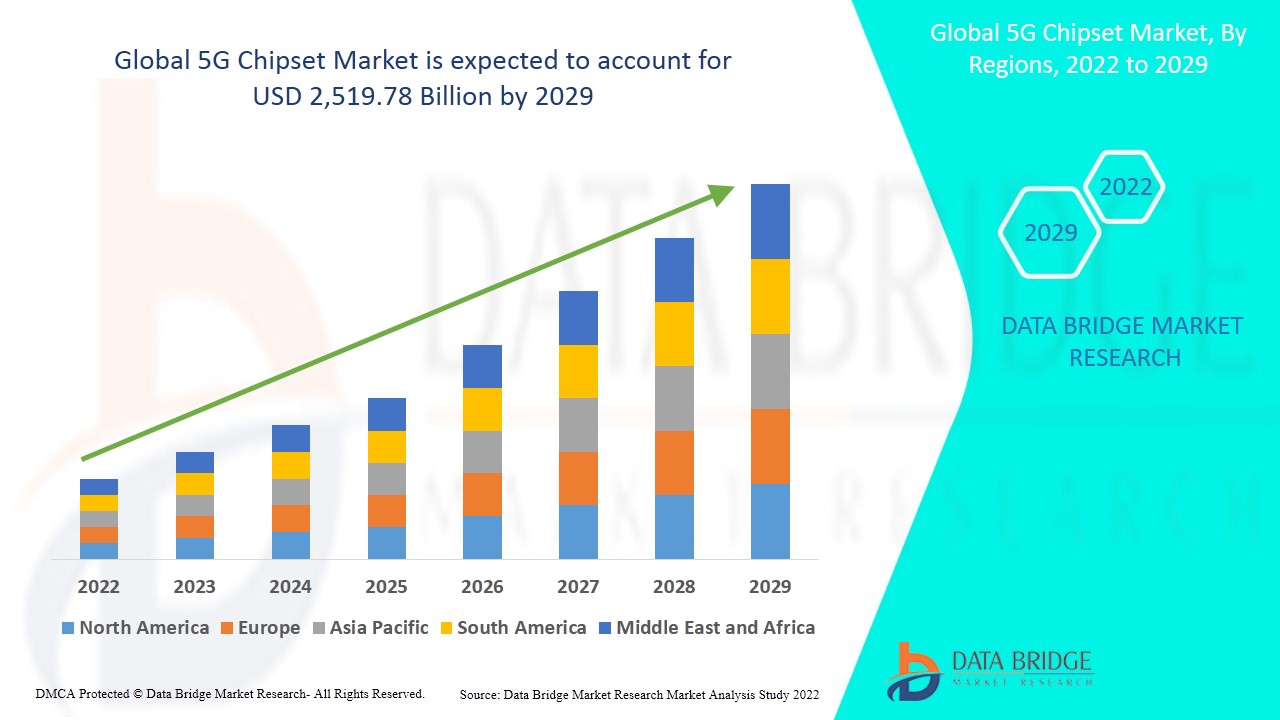 Asia-Pacific dominates the 5G chipset market and will continue to flourish its trend of dominance due to the growing level of investment in research and development, increase in developments in emerging 5G enabled smartphones and base stations supporting 5G frequencies in this region. North America is expected to grow during the forecast period of 2022-2029 due to the rapidly rising automotive and consumer electronics sectors in this region.

Top Players Analyzed in the Report:

In January 2021, MediaTek had launched chipset to power 5G smartphones. They launched new Dimensity 1200 and Dimensity 1100 5G smartphone chipset along with the developed AI, camera and multimedia properties for superior 5G experience. Both chipsets support every generation of connectivity, from 2G to 5G, as well as the most up-to-date connectivity capabilities.

In May 2021, Qualcomm had launched 5G modem elevated for industrial IoT. The Qualcomm 315 5G IoT modem enables global 5G NR sub-6GHz bands and functions in stand-alone (SA) alone mode, with the flexibility to transition to LTE as required. It can be operated over private or public 5G networks, using network slicing or in isolation.