Google Cloud has added a region in Dallas, Texas, which brings Google Cloud’s total number of global regions to 34. The rollout follows the launch of its 33rd cloud region in Columbus, Ohio late last month. Other recent additions include regions in Milan, Italy; Paris, France; and Madrid, Spain. 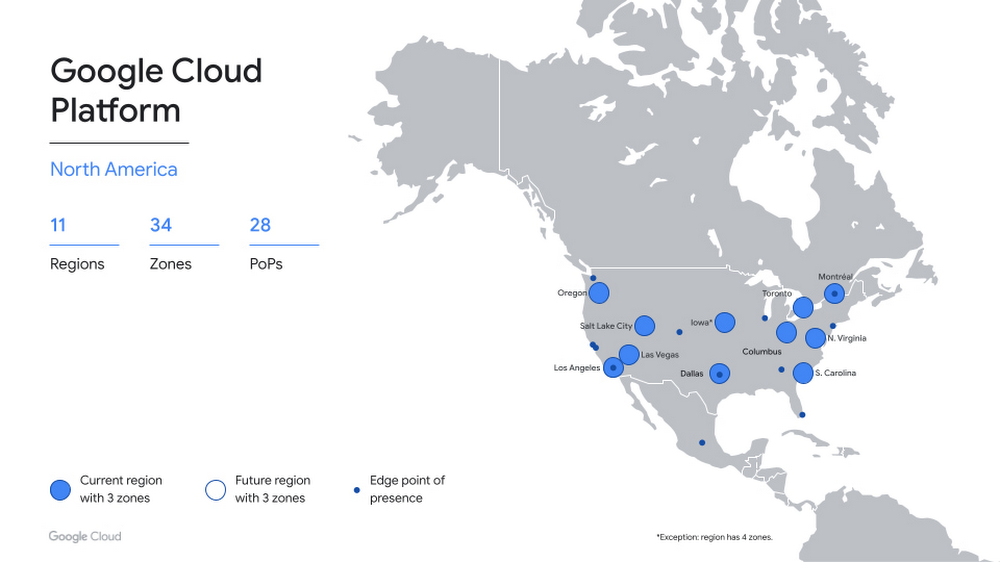 “We’ve heard from many of you that the availability of your workloads and business continuity are increasingly top priorities. The Dallas region gives you added capacity and the flexibility to distribute your workloads across the U.S.,” Google Cloud executive Stacy Trackey Meagher wrote in a blog post.

The Texas site is the eleventh region in North America and second in the central U.S., with the other located in Iowa. It also has North American cloud regions in Oregon, Salt Lake City, Los Angeles, Las Vegas, South Carolina and Northern Virginia as well as Montreal and Toronto, Canada.

The aggressive infrastructure investment comes as parent Alphabet chases profitability for its cloud unit and as Google Cloud looks to gain market share. But it has an uphill battle.

As of the end of Q1 2022, Synergy Research Group data showed AWS led the cloud market with 33% market share, with Microsoft following with 22% and Google Cloud rounding out the top three with 10%. And earlier this year, AWS announced plans to expand its Local Zone cloud compute capabilities to more than two dozen new countries.

Google Cloud revenue in Q1 rose 44% to $5.8 billion, but the company still posted a net loss of $931 million. Asked on an earnings call what the next phase of growth for Google Cloud will entail, Alphabet CEO Sundar Pichai said he is looking forward to more product innovation but added “We are scaling up, particularly in our go-to-market as well…over time, as we focus on converting bookings to consumption as well.”

One thought on “Google Cloud expands footprint with 34 global regions”