South Korea was the first country to launch commercial 5G networks in April 2019 and currently has 5G coverage across its 85 cities. 5G subscribers in South Korea are now nearly 24 million as of May 2022, Korean press reported, citing data from the Ministry of Science and ICT.

According to previous reports, the number of 5G users in the country has been increasing in recent months due to the launch of new smartphones including Apple’s new iPhone 13 series.

SK Telecom, the country’s largest mobile operator by subscriptions, ended May with 11.4 million 5G subscribers, followed by KT with 7.3 million and LG Uplus with 5.2 million, according to the report.  South Korean telcos expect 5G subscriptions will grow even faster when cheaper data plans are launched, possibly in the third quarter, per the government’s drive to ease the phone bill payment burden for households. 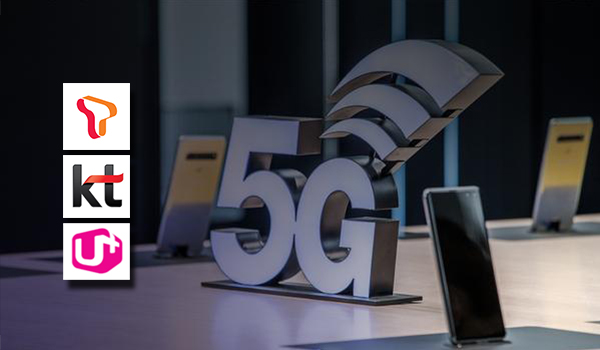 The number of 4G subscribers in South Korea reached 47 million as of the end of May. Also, mobile virtual network operators in the Asian nation had a combined 83,256 users as of the end of the month.

Korean mobile operators have deployed a total of 202,903 5G base stations as of the end of February, according to previous reports. This figure is equivalent to 23% of total 4G LTE base stations installed in South Korea.

In June 2018, the ICT ministry completed an auction for 5G frequencies in which local carriers SK Telecom, KT and LG Uplus secured spectrum to launch 5G services in the Asian nation.

SK Telecom and KT each won 100 megahertz in the 3.5 GHz band while LG Uplus had obtained a bloc of 80 megahertz of spectrum.

In February, the government of South Korea has postponed an auction to award additional 5G spectrum as local mobile operators SK Telecom and KT have complained about the process.

In December of 2021, South Korea’s Science and ICT ministry had said it would open bidding for additional 5G networks in the 3.4-3.42 GHz spectrum, as requested by LG Uplus, the country’s smallest mobile operator.

However, SK Telecom and KT have complained about the ministry’s decision, as they claim that LG Uplus is at a relative advantage as the spectrum it had requested is closest to its current frequencies and will cost considerably less for LG Uplus to utilize it.