IN JULY, thousands of Cubans in dozens of cities took to the streets to protest the island nation’s Communist dictatorship and chronic shortages in food, energy, and medicine, all of which have been made worse by the COVID-19 pandemic.  These were the biggest anti-government demonstrations in Cuba in decades. They were enabled by social media and the internet, which came to Cuba in a big way only in late 2018, when President Miguel Diaz-Canel allowed citizens access to data plans on their cellphones.

To better understand exactly how Facebook, YouTube, WhatsApp, and other online platforms are connecting the Cuban people and under-mining state control, Reason’s Nick Gillespie spoke with Ted Henken, who teaches sociology and Latin American studies at City University of New York’s Baruch College and is the co-editor of Cuba’s Digital Revolution (University Press of Florida).

Q: How did the internet come to Cuba?

A: You basically had a period in the ’90s when Cuba was actually pretty advanced in the region in terms of its networking and internet, but Fidel [Castro] called it “a wild colt that needed to be tamed.” They saw it as a mortal threat because it undermined monopoly information control, which is one of the fundamental hallmarks of the Cuban system.

When Raul Castro became president in 2008 and gradually thereafter, Cubans started getting very gradually online. They started getting cellphones. They started to be able to buy and use laptop computers. Internet grew from 3 percent connectivity in about 2008 to 15 or 20 percent by around 2015, enabled partly by the government rollout of internet cafes. The next big thing was that Cubans got Wi-Fi hot spots, set up largely in public parks.

Q: Why did Cuba eventually allow people to use mobile internet on their phones?

A: Because of accumulated pressure and demand. But the other reason is that Cuba is in constant economic crisis. It’s inefficient. It’s unproductive. The system is totally lacking in incentive structures. So the government sees internet access as a cash cow, because it is the sole internet provider through its telecom monopoly.

A: Exactly. This is what’s unprecedented about them. Even if one of these had happened, it would be quite surprising in Cuba. But the fact that they happened simultaneously and probably between 30 and 50 places around the country is amazing.

Q: What are the ways in which people are using the internet to either protest or share images of protests?

A: You can kind of break the apps that Cubans use in terms of what we’re talking about into two groups: ones that allow horizontal, encrypted, private communication, and others that are broadcast media. Facebook, Instagram, and Twitter are the go-to apps to share with the world what’s going on, including live broadcast in Cuba. A fourth channel is, of course, YouTube. Interestingly enough, President Diaz-Canel angrily gave YouTube an endorsement when he blamed [the protests] on these irresponsible, mercenary YouTubers and influencers.

Q: If you’re doing something on Facebook or YouTube, you are totally public. The government knows exactly who you are.

A: Exactly. That’s been a change over the last, let’s say, 15 years. One of the things they were chanting in the street was, “We’re not afraid.”

A key part of the control in Cuba is keeping people afraid, keeping them isolated from one another and not realizing that other people share their concerns or their complaints, and keeping them afraid of sticking their head up and getting it chopped off. The internet has helped mitigate both of those, because they see other people who share their concerns. And then that helps them lose their fear.

So there’s a lot of people who are out of the political closet, so to speak, in Cuba, who say the same thing in public as they would say in private.

This interview has been condensed and edited for style and clarity. For a podcast version, subscribe to The Reason Interview With Nick Gillespie. 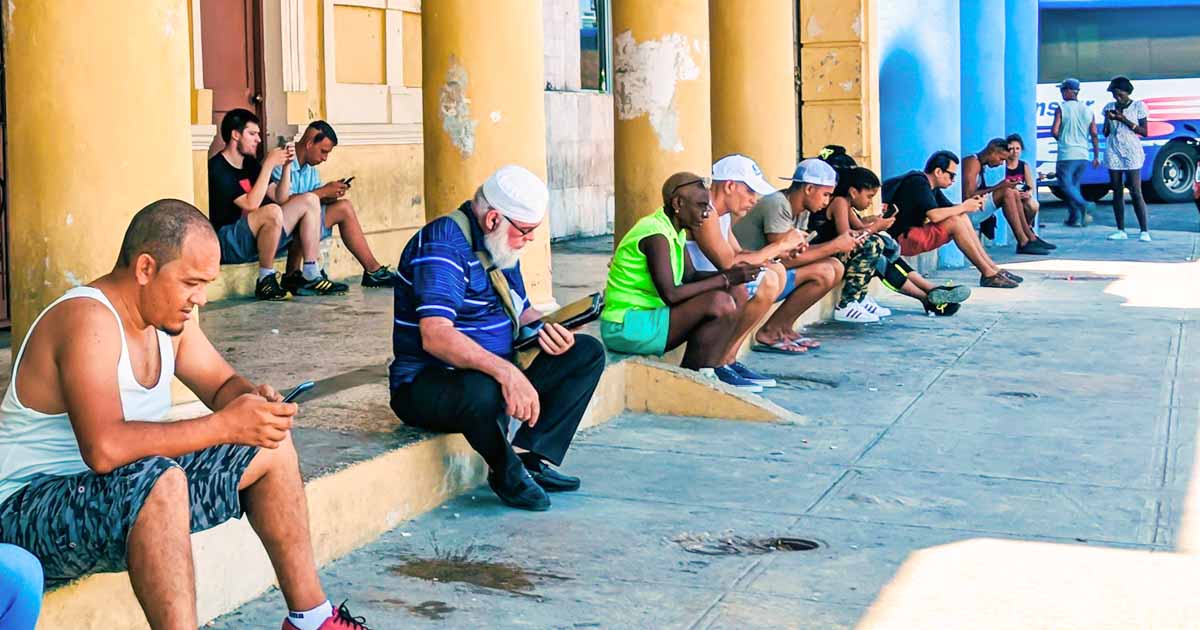 “Internet access for the Cuban people is of critical importance as they stand up against the repressive Communist government,” Florida Gov. Ron DeSantis, a Republican, wrote in a letter to the White House earlier this month, urging President Joe Biden to provide “all necessary authorizations, indemnifications, and funding to American businesses” to get Cubans back online. He noted that the crackdown on internet access in Cuba has left many Floridians without the ability to communicate with loved ones on the island.

DeSantis has become one of the leading advocates, along with Reps. Maria Salazar (R–Fla.) and Carlos Gimenez (R–Fla.), both of whom are Cuban-American, for a radical plan to beam mobile internet service into Cuba from balloons anchored offshore that would effectively serve as temporary cell towers. It’s an idea that would rely on the technological know-how of Google and the diplomatic might of the United States—and even then it might be of limited value. But it might, as DeSantis put it in his letter to Biden, also be “the key to finally bringing democracy to the island” without the need for military intervention.

The diplomatic and political dynamics are actually more straightforward than they might appear. There are plenty of precedents for beaming signals across international borders against the wishes of a domestic government. Radio Free Europe is probably the most famous example, but the better comparison here is Radio Televisión Martí, run by the U.S. Agency for Global Media, which has broadcast news into Cuba since the 1980s. Clearly, the U.S. has no qualms about whatever international laws it might be violating by sending television signals into Cuba against the Cuban regime’s wishes. Sending mobile internet signals is a difference of degree—a slightly different wavelength of light—but should not require a total overhaul of U.S. policy toward Cuba.

“It is time to build on [the Radio Televisión Martí] model and include the delivery of Internet service,” argues Brandon Carr, one of the five commissioners in charge of the Federal Communications Commission (FCC).

Still, due to the diplomatic issues involved, any effort to beam internet into Cuba would have to be cleared by the White House. Earlier this month, press secretary Jen Psaki said the Biden administration was “actively pursuing measures” to “make the internet more accessible to the Cuban people.”

It’s not a slam dunk, of course. Signals could be jammed by the Cuban government, which already tries to block Radio Televisión Martí as much as possible. Many Cubans’ cell phones might not be able to connect due to differences in network protocols. And whatever connectivity is possible will be slow and spotty, at least by American standards.

But it may be worth making the attempt anyway, particularly since the technology already exists and could be deployed for minimal cost. There’s little to lose, and much that could be gained—not just in Cuba, but in other fights against tyrannical regimes.

“Internet shutdowns are increasingly becoming a tool of tyranny for authoritarian regimes across the globe,” says Carr. “America must stand against this anti-democratic tactic and move with haste to provide internet freedom to the Cuban people.”

The Case for Beaming Internet Into Cuba