Up until the COVID-19 pandemic hit the world hard in late February, 5G seemed a priority for most wireless network operators. Now, with across the board cutbacks everywhere, it will be much further down the must do list for 2020.

In the absence of any new 5G applications or completion of 3GPP 5G Phase 2 and ITU-R IMT 2020, 5G was not expected to ramp this year, despite ridiculous hype and false claims (especially ultra low latency which has not yet been specified let alone standardized yet).

Now the new technology faces an unprecedented slow down to launch and expand pilot deployments.  Why? It’s because of the stay at home/shelter in place orders all over the world.  Non essential business’ are closed and manufacturing plants have been idled.  Also, why do you need a mobile network if you’re at home 95% of the time?

“5G deployment in Europe will certainly be delayed,” said Eric Xu, one of Huawei’s rotating CEOs, during a Huawei (private company) results presentation today.  Xu also told reporters the delays could last until “the time when the pandemic is brought under control.” 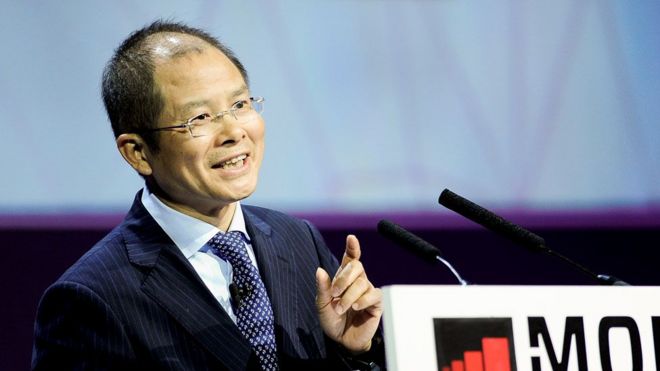 Answering questions about its annual report, published on Tuesday, Huawei vice-president Victor Zhang said there would “definitely” be an impact but it would likely be worse in Europe than in the UK.

A few data points from European telcos in the aftermath of COVID-19:

Huawei’s statements imply the U.S. will also face a delay in 5G rollouts.  It has overtaken Italy as the country with the highest number of coronavirus infections, and its response to the outbreak has been lackluster and confusing at best, horrendous at worst.

As a mobile-only network equipment vendor, Ericsson looks the most exposed to a 5G slow down.  More than 50% of its business is generated in Europe and the Americas, where the rate of COVID-19 infections is rising.

Although less reliant on the 5G wireless base station business than Ericsson, Nokia could also be in trouble due to the slowdown in 5G deployments.  Approximately 30% of its sales came from North America last year, and another 28% from Europe.

“After the pandemic was brought under control, China has accelerated its 5G deployments,” according to Huawei’s Xu.

China has accelerated its own 5G deployment after the number of cases of Covid-19 subsided, according to Xu, but in other countries, it would depend “on several factors”, including whether telecoms companies had the budget and resources to “win back the time” lost.

This centralized procurement involves 28 China provinces, autonomous regions and municipalities directly under the central government. According to C114, the total demand is 232,143 5G base stations.  At the end of February, the number of 5G base stations owned China Mobile has exceeded 80,000.

All 5G companies had accomplished was the design of a technology that provides faster connections and additional capacity on smartphone networks. A few have already been launched, and South Korea, the most advanced market, already has millions of subscribers. Yet local news reports suggest many have been underwhelmed by the 5G experience. For service providers, it has had minimal impact on sales while marketing and rollout costs have made a huge dent in profits.

This will discourage 5G investment in countries under COVID-19 lockdown. As customers downgrade to cheaper services and dump TV sports packages rerunning last year’s highlights, many operators will cut spending. Concerned about exposing field workers to unnecessary health risks, they will prioritize the maintenance of networks already used by the majority. Moreover, people confined to their broadband-equipped homes for most of the day have little use for mobile data networks. Any additional investment is likely to go into fiber-optic equipment.

5G launches will also be delayed in European markets that have postponed auctions of the spectrum needed to support services. Austria, the Czech Republic, France, Portugal and Spain are all now reported to have delayed auctions. Without spectrum, 5G will obviously not fly.

Fear mongering stories linking 5G to illness could also hinder rollout. Countries such as Belgium and Switzerland have imposed limits on the use of 5G antennas amid lingering concern that radiofrequency emissions are carcinogenic. The World Health Organization says mobile frequencies are too low to be dangerous, but activists are unconvinced.

In the UK, operators now have to contend with the ludicrous suggestion that 5G networks transmit COVID-19. After misinformed tweets by celebrities including Amanda Holden, a British actress and reality-TV regular, 5G masts were burnt in the cities of Belfast, Birmingham and Liverpool.

China, meanwhile, remains determined to erect more than half a million 5G base stations by the end of this year. Claiming to have beaten COVID-19, it has lifted restrictions on the movement of people and reopened its factories. For the equipment makers building those 5G networks, this investment program could be essential medicine. Just last month, China Mobile, the country’s largest operator, awarded 5G contracts worth $5.2 billion. Unfortunately, with almost 90% of the work going to domestic suppliers Huawei and ZTE, Western vendors will not be able to count on China for a boost.

11 thoughts on “Europe and U.S. to delay 5G deployments; China to accelerate 5G”