AT&T and Verizon said today that they would limit some of their 5G wireless services for six months while federal regulators review the signals’ effect on aircraft sensors, an effort to defuse a conflict about C band interference that has roiled both industries.

The cellphone carriers detailed the proposed limits Wednesday in a letter to the Federal Communications Commission (FCC). The companies said they would lower the signals’ cell-tower power levels nationwide and impose stricter power caps near airports and helipads, according to a copy reviewed by The Wall Street Journal.   This comes after, both companies agreed to push back their 5G C band rollouts by an additional month to January 5, 2022 after the FAA issued a Nov. 2 bulletin warning that action may be needed to address the potential interference caused by the 5G deployment.

“While we remain confident that 5G poses no risk to air safety, we are also sensitive to the Federal Aviation Administration‘s desire for additional analysis of this issue,” the companies said in the letter to FCC Chairwoman Jessica Rosenworcel.

“Wireless carriers, including AT&T and Verizon, paid over $80 billion for C-band spectrum—and have committed to pay another $15 billion to satellite users for early access to those licenses—and made those investments in reliance on a set of technical ground rules that were expressly found by the FCC to protect other spectrum users.”

AT&T and Verizon said they had committed for six months to take “additional steps to minimize energy coming from 5G base stations – both nationwide and to an even greater degree around public airports and heliports,” and said that should address altimeter concerns.

Wireless industry officials have held frequent talks with FCC and FAA experts to discuss the interference claims and potential fixes, according to people familiar with the matter. An FCC spokesman said the agreed-upon limits “represent one of the most comprehensive efforts in the world to safeguard aviation technologies” and the agency will work with the FAA “so that 5G networks deploy both safely and swiftly.”  Wireless groups argue that there have been no C-Band aviation safety issues in other countries using the spectrum.

Earlier this month, the Federal Aviation Administration (FAA) warned it could restrict U.S. airspace in bad weather if the networks were turned on as planned in December. The FAA warning came in the thick of cellphone carriers’ network upgrade projects.  A spokesman for the FAA called the proposal “an important and encouraging step, and we are committed to continued constructive dialogue with all of the stakeholders.” The FAA believes that aviation and 5G service in the band telecom companies have planned to use can safely coexist, he said. 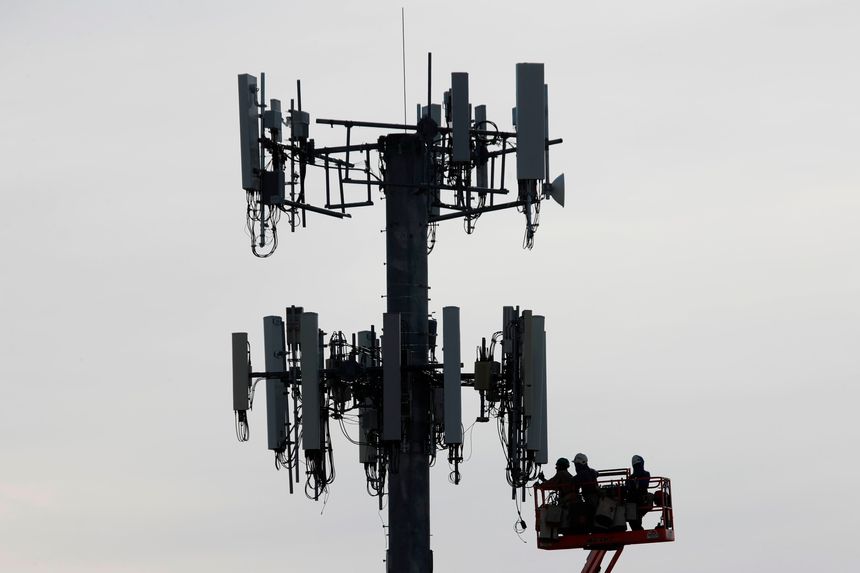 Wireless industry executives don’t expect the temporary limits to seriously impair the bandwidth they provide customers because networks already direct signals away from planes and airport tarmacs, according to another person familiar with the matter.

Still, the voluntary limits are a rare step for wireless companies that place a high value on the spectrum licenses they hold. U.S. carriers spent $81 billion to buy licenses for the 5G airwaves in question, known as the C-band, and spent $15 billion more to prepare them for service this winter.

The carriers earlier this month delayed their rollout plans until early January after FAA leaders raised concerns about the planned 5G service. Air-safety officials worried the new transmissions could confuse some radar altimeters, which aircraft use to measure their distance from the ground.

At an industry event last week, FAA Administrator Steve Dickson said conducting flights in a safe manner and tapping spectrum for 5G services can both occur. He said the question was how to “tailor both what we’re doing in aviation so that it dovetails with the use of this particular spectrum.”  Mr. Dickson said another focus is the use of the spectrum in other parts of the world and how it differs compared with the U.S. “That’s what the discussions are that we’re having with the telecoms right now.”

U.S. wireless companies send 5G signals over lower frequencies than the altimeters, but air-safety officials worried that some especially sensitive sensors could still pick up cell-tower transmissions. Regulators in Canada and France have also imposed some temporary 5G limits.

The carriers’ letter said the mitigation measures would provide more time for technical analysis “without waiver of our legal rights associated with our substantial investments in these licenses.”

C-band limits are most relevant to AT&T and Verizon, which paid premiums to grab licenses for the new signals ready for use in December 2021. The companies still plan to launch their service, subject to the new limits, in January 2022. The proposed limits would extend to July 6, 2022 “unless credible evidence exists that real world interference would occur if the mitigations were relaxed.”

Rival carrier T-Mobile US Inc. is less vulnerable to delay because it spent a smaller amount for licenses that are eligible for use in December 2023. It also controls a swath of licenses suitable for 5G that aren’t subject to air-safety claims.

It’s not yet clear whether the proposal will be accepted by the FAA, which has warned pilots of the possibility that “interference from 5G transmitters and other technology could cause certain safety equipment to malfunction, requiring them to take mitigating action that could affect flight operations.” After July 6th, both carriers say they’ll set everything back to normal “unless credible evidence exists that real-world interference would occur if the mitigations were relaxed.”

“Our use of this spectrum will dramatically expand the reach and capabilities of the nation’s next-generation 5G networks, advancing US leadership, and bringing enormous benefits to consumers and the US economy,” Verizon and AT&T claimed in their joint letter sent to the FCC.

The federal agencies and the companies they oversee are meanwhile stuck in what New Street Research analyst Blair Levin called “a deep state game of chicken” guided by each regulator’s particular interest, with no clear path towards resolution.

Importance of FCC C Band Auction for 5G in the U.S.