A few weeks after the 5G auction in Brazil, the industry is calculating the energy demand required to implement this technology. The hope of the market and specialists, is to have a low-impact investment that provides greater efficiency – both in data exchange and in industrial procedures. The infrastructure required for companies to operate 5G – cabling and antennas, etc – should be around five times greater in comparison with 4G, says Luiz Henrique Barbosa da Silva, CEO of Telcomp (Brazilian Association of Competitive Telecom Service Providers).  We assume that estimate is for the RAN – not the core network (5G SA core vs 4G EPC).

Vivo’s solar power plant (see photo below) in Quissamã, Rio de Janeiro – Deway Matos/Divulgação The 5G antennas are smaller than the ones currently used and have the average size of a shoe box, according to Conexis, an association that represents telecommunication companies. The number of antennas to be installed depends on different factors, including population density and geographical elements, such as the presence of tunnels and hills, explains Barbosa da Silva, of Telcomp. Spaces with very high population density need more towers. 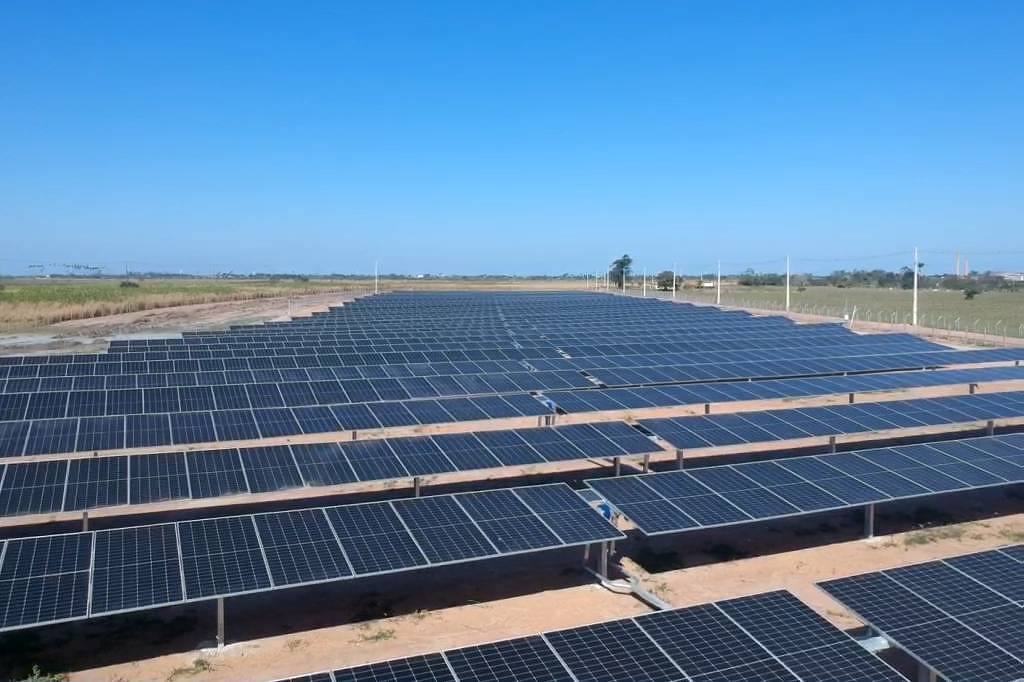 Despite the need for a larger number of antennas, the network is gaining efficiency. “Imagine a dark room. You put a light in the center: that’s the 1G network. It covers the whole room, but to get good lighting, you need to increase the power. With 2G you put one more bulb in, and when we get to 5G, I have more bulbs on the ceiling, but they are lower wattage. And that is more efficient,” he says. Furthermore, the technology is able to transport data with more efficient energy consumption than 4G, says Marcelo Zuffo, professor at the Polytechnic School at USP (University of São Paulo). In terms of energy consumption, the implementation of the 5G structure does not generate a very different impact from 4G, says Fabro Steibel, executive director of ITS (Institute of Technology and Society). “If you think in terms of carbon [footprint], perhaps the impact is greater, since there is a new standard, a new mesh to be installed,” says Steilbel.

In addition to new antennas, different equipment will need to be installed from those used to operate the 4G frequency, since in Brazil a so-called “standalone” model has been defined for 5G. “We will use a new technology and have to replace equipment because, in theory, companies cannot take what they have today and adapt it to a higher speed. But this is always within the concept of energy efficiency,” says Marcos Ferrari, CEO of Conexis, which represents the operators Algar, Claro, Oi, Sercomtel, Tim and Vivo.

Gains from 5G are not expected to reach the entire population, say experts. “When we compare our investment with other infrastructure sectors, such as highways and airports, we see that it is clean. We are talking about running a robust cabling system in the country. In urban centers, you have to pierce sidewalks to pass a pipeline, but that does not compare to investments that cross, for example, a forest reserve,” he says.

Furthermore, there is an expectation of a reduction in energy waste when devices other than mobile phones are connected to 5G – such as equipment used in a productive plant or in agribusiness, which will allow, for example, activities such as more precise irrigation. Ferrari says it is still too early to have an exact estimate of the impact of energy consumption for the implementation of 5G, but says that operators have environmental commitments both from the point of view of the current technology and the technology to come. According to data from the entity, Claro, for example, one of the winners of the auction of the main bands of the network, has since 2017 a program that provides for the use of clean energy (solar, wind, hydroelectric and biogas) to fuel the company’s operations. With 58 plants and generating plants in states such as Bahia, Minas, Pará, Paraná, Santa Catarina, Rio and São Paulo, the initiative serves more than 50% of the existing antennas with renewable energy. Also according to Conexis data, Algar, which won a regional lot of the auction that covers the Minas Gerais triangle and parts of Mato Grosso do Sul and Goiás, has today 66% of energy consumed originated from renewable sources, with a goal of reaching 85% in 2022 and 95% by 2024.

Vivo is carbon-neutral in direct emissions and since last year has been expanding its distributed energy generation project, which includes the installation of 83 solar, hydro and biogas plants (19 of which are already in operation).  The operator’s program will account for 89% of its consumption in low voltage, serving structures such as administrative buildings, base stations and data centers until 2022, when it should be completed.

“Embarking on a new technology is not only a matter of providing a faster Youtube. It is also something I can do with less cost, with industrial efficiency,” says Mario Girasole, vice president of Regulatory and Institutional Affairs of TIM.

For the president of Telcomp, Luiz Henrique Barbosa da Silva, the agenda of clean energy generation is also linked to other issues – for example, hardly companies whose projects are not sustainable will be able to raise funds. Besides the concern with the principles of ESG, a positive impact for companies is the improvement of economic results, he says. “Many operators have invested in renewable energy generation parks. But they are also big consumers. So investing in that is also financially a good business.”

Note 1.  TIM started operations in Brazil in 1998 and consolidated ourselves as a national company in 2002, making us the first mobile operator to have a presence in all states of Brazil.