According to a new report titled Fiber to the Home: Navigating the Road to Gigabit America, a multi-sector by Cowen analysts, forecasts  that telco fiber-to-the-home (FTTH) lines will pass 82 million American households by 2027, nearly double the 44 million households passed today. The four biggest U.S. wireline telcos (AT&T, Verizon, Frontier and Lumen) will account for the lion’s share of those deployments, together passing more than 71 million homes with fiber.

Overall, Cowen estimates that the US now has 50 million homes passed by fiber lines, with the telcos accounting for most of them.  Here are a few other highlights from the report:

Large, midsized and small telcos will all participate in this massive fiber deployment, using FTTH to reverse nearly two decades of broadband market share losses to the cable industry, the Cowen analysts say. For instance, they project the nation’s biggest telcos will add a combined 7.7 million fiber subs over the next five years.

“The next few years will be historic in terms of telco FTTH upgrades, providing consumers speeds of 1 Gbit/s, closing the digital divide, expanding the total addressable market and achieving a ‘Gigabit America’,” the analysts wrote. “After years of hemorrhaging subscribers, we expect Big Telco to stem the tide of losses to Cable…”

However, the report does not say that telcos will be gaining broadband customers from cable operators.  Instead, telcos will achieve broadband subscriber gains mainly by upgrading their own remaining 15 million DSL subs to FTTH.

“The cable decade of dominance of DSL-share stealing is over,” the analysts wrote, forecasting that the telcos will overtake the cable companies in broadband sub net gains by 2024. “Cable’s days of stealing DSL subs are over, though only losing modest share (DSL taking the brunt), as the focus will be on defense.”

“It’s far from doom-and-gloom for cable operators,” the analysts note. “With cable’s effective marketing plan and speed upgrades, the vast majority of subscriber losses will be from the 15 million DSL subscribers, not cable.” 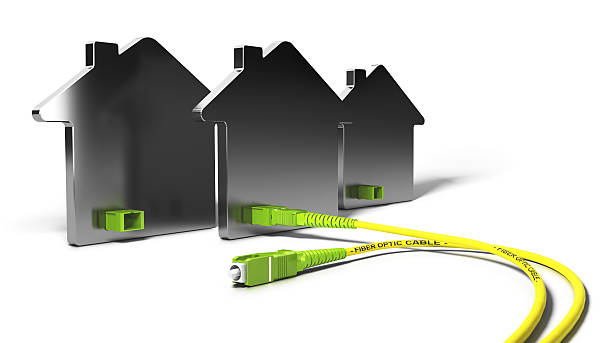 The analysts expect fixed wireless access (FWA) to play a notable tole in the US broadband market by the middle of the decade, accounting for a small but increasing fraction of high-speed data customers throughout the 2020s. “FWA will establish a solid but niche foothold,” they wrote.

Cowen now expects U.S. service providers to add a collective 17 million broadband subs by 2027, enough to reach 97% penetration of occupied homes and 90% penetration of overall homes, up from 90% and 82% today.  The analysts believe that broadband could achieve utility-like penetration levels of 98% or more, like wired phone service did at its peak last century.

All this fiber optic spending will be a boon for optical network equipment vendors. Specifically, the Cowen analysts single out Calix, Adtran, Ciena, Cisco, MasTec, Nokia and Juniper as likely beneficiaries.

The analysts also see potential for further market consolidation. Some scenarios they envision are Charter buying the Suddenlink portion of Altice USA’s footprint and Charter or Altice USA merging with T-Mobile to form a third converged player in the national market.

The Market Impact of FTTH

One thought on “Cowen Analysts: Telcos to lead FTTH buildout; total 82M homes to be passed by 2027”