Following an agreement with the Council of the European Union and the European Parliament, the European Commission is to go ahead with its plan to build a third strategic satellite constellation to add to the existing Galileo and Copernicus networks. The network is called IRIS (Infrastructure for Resilience, Interconnection & Security by Satellites) and will be part-funded with €2.4bn of European Union cash, though the total cost of building the network is expected to be about €6bn.

The framework defined today is as fpllows:

–        IRIS² will be a sovereign constellation, which imposes strict eligibility criteria and security requirements.

–        IRIS² will be a constellation focused on government services, including defence applications.

–        IRIS² will provide connectivity to the whole of Europe, including areas that do not currently benefit from broadband Internet, as well as to the whole of Africa, using the constellation’s North-South orbits.

–        IRIS² will be a “new space” constellation the European way, integrating the know-how of the major European space industries – but also the dynamism of our start-ups, who will build 30% of the infrastructure.

–        IRIS² will be a constellation at the cutting edge of technology, to give Europe a lead, for example in quantum encryption. It will be a vector of innovation.

–        IRIS² will be a multi-orbit constellation, capable of creating synergies with our existing Galileo and Copernicus constellations. The objective here is to reduce the risk of space congestion. 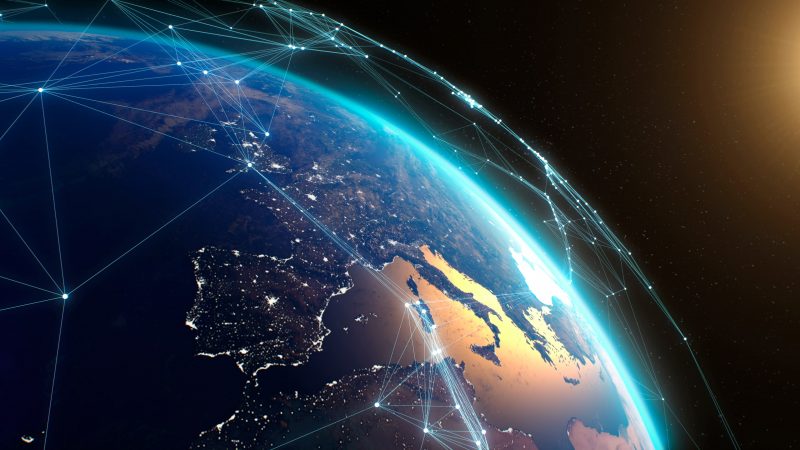 European Parliament and the Council have supported this initiative to create Europe’s third pillar in space. After satellite positioning and earth observation, Europe will now have a secure European connectivity infrastructure.

“Through this programme, the EU will be at the forefront of secure satellite communications.”

“IRIS² establishes space as a vector of our European autonomy, a vector of connectivity and resilience. It heightens Europe’s role as a true space power”, Internal Market Commissioner and the real driver of the initiative, Thierry Breton, wrote in a LinkedIn post.

Allowing the private sector to facilitate the rollout of high-speed broadband to “dead zones” that currently lack connectivity is also listed as a critical goal of the project.

“IRIS² will provide connectivity to the whole of Europe”, said Breton, “including areas that do not currently benefit from broadband Internet, as well as to the whole of Africa, using the constellation’s North-South orbits.”

Inspired by Iris, goddess of Greek mythology, messenger of the gods to humans… Iris² will bring secure European connectivity to all!