Japan’s NTT Docomo will move into the industrial metaverse in the next few years by offering design and other tools powered by its own wireless technology, CEO Motoyuki Ii told Nikkei Asia.

“Games have driven the metaverse so far, but industrial applications will grow in the future,” Ii said in a recent interview.

He acknowledged that Japanese companies have lagged international peers in staking claim to the metaverse — a virtual space where people interact through avatars. But Ii sees helping companies go digital as a way to make a comeback. 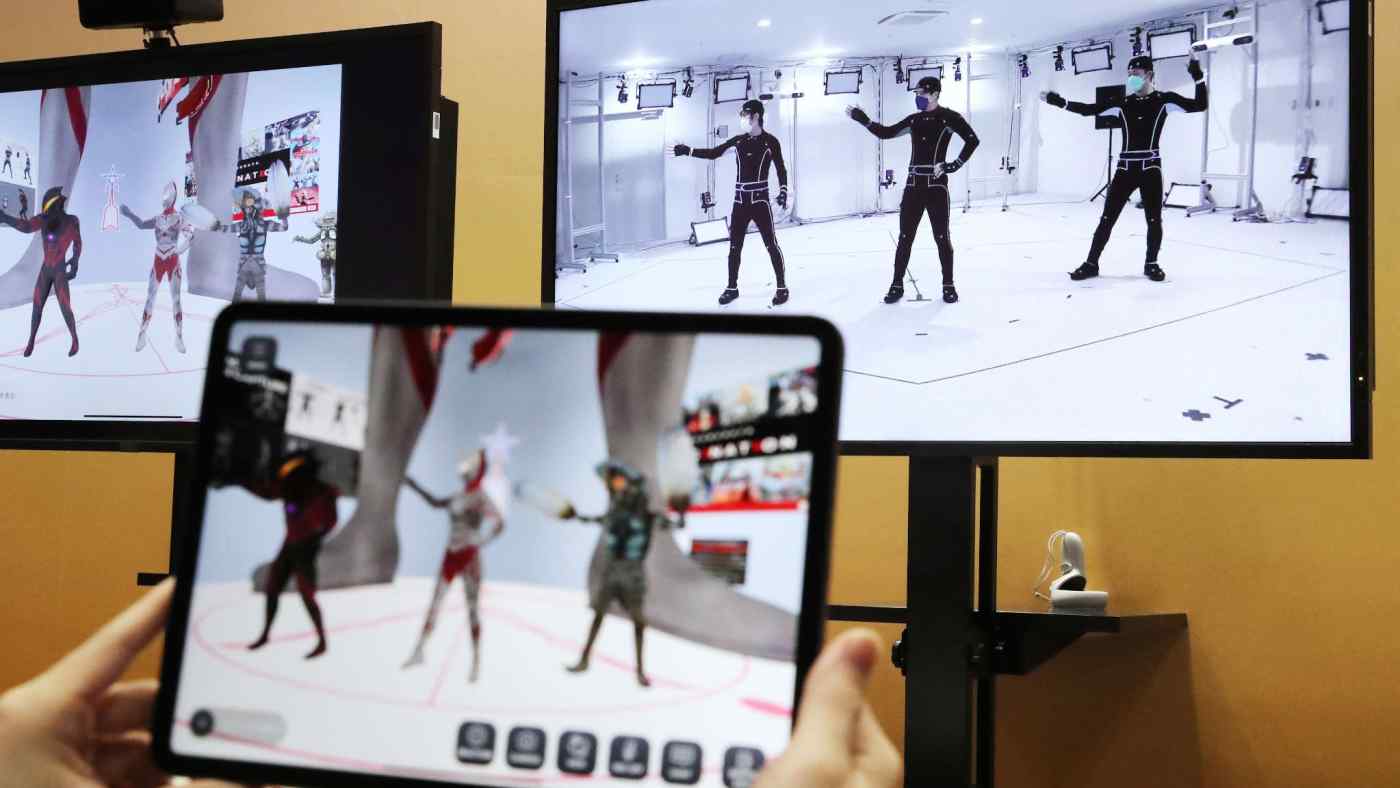 For Docomo, which leads rivals KDDI and SoftBank in wireless market share but not in profitability, the metaverse offers a chance to diversify. Docomo aims to have operations beyond its core telecom business, including the metaverse, account for at least half of sales by fiscal 2025.

Jun Sawada, president of Docomo’s parent NTT, sees the metaverse as the group’s next mainstay business. “We need to plan for the post-smartphone era,” Sawada said.

Docomo will work with partners including startups to develop the industrial metaverse tools. They will be made available to a wide range of businesses large and small. By October, the carrier plans to establish a company with about 150 engineers and other staff to start the project.

For its metaverse tools, Docomo envisions a virtual space where engineers in remote locations can come together and use the tools to jointly develop products or test prototypes. These services also will employ augmented reality, in which real-world objects are enhanced with pop-up data.

The tools are meant to help manufacturers overcome staff shortages and pass on skills from experienced workers to a new generation.

Computer-assisted 3D design and development is already widespread in the automotive industry. But this process remains mostly confined to computer screens. The metaverse is expected to provide greater immersion so that engineers can better evaluate virtual prototypes.

Competition is fierce in virtual reality goggles and other wearables, with companies like Facebook parent Meta and Apple joining the fray. But bulky VR equipment has yet to reach the mainstream. Ii said Docomo aims to provide “user-friendly devices that are comfortable,” including lightweight VR glasses.

Docomo’s industrial metaverse ambitions will build on the Innovative Optical and Wireless Network, a next-generation communications infrastructure known as IOWN being developed by the entire NTT Group.

IOWN envisions optical signals replacing electrical ones as carriers of data through networks. This would multiply data transfer capacity by a factor of 125, while slashing latency and power usage by factors of 200 and 100, respectively, according to Docomo.

Such devices could use sixth-generation, or 6G, telecommunications. Data transmission speeds on 6G are expected to be more than 10 times faster than 5G. IOWN is expected to become commercially available as early as 2025, with 6G hitting the market around 2030. NTT and Docomo intend to start an indoor 6G test with Japanese electronics group NEC and other partners this fiscal year.

Docomo already has a metaverse business for the consumer market. The company in March established XR World, where participants can experience concerts and other events. Users can enter the platform via smartphones and PCs without relying on VR goggles.

In the NTT Group vision, the metaverse will take advantage of its photonic-based IOWN (Innovative optical and wireless network), still under development, that is aimed at improving bandwidth by 125 times and delivering latency of 1/200 of a second.

Docomo sees the metaverse as an important part of its diversification strategy. It’s aiming at non-telecom services accounting for half of revenue in three years.

Docomo became wholly owned by NTT in 2020 and delisted from the Tokyo Stock Exchange. The carrier earned an operating profit of 927.9 billion yen ($6.94 billion) for the fiscal year ended March 31, accounting for roughly 50% of NTT’s profit groupwide.

The leading telecom operator in the metaverse space is SK Telecom. Its Ifland platform is one of South Korea’s two big metaverse services, with a reported 1.5 million MAUs. It has signed up Deutsche Telekom as a European partner and says it wants further partners around the world (see SKT soars into metaverse as AI businesses gather steam). Ifland is one of two services run out of SKT’s AI unit, which took in $222 million in revenue last year and is aiming to reach $1.6 billion by 2025. SKT’s thinking about the metaverse is interesting. It sees that Ifland doesn’t suck up much capex and can leverage the operator’s 5G infrastructure and customer base to grow the business. Over time, Ifland will help expand the user base and enable new subscriptions and other services.

Telcos everywhere else in the world will struggle to build a business case for a metaverse platform – but there are plenty of other metaverse roles for them to chew on, and it increasingly looks like it is going to be too big to ignore.

Consultancy McKinsey has forecast that the metaverse could generate a “$5 trillion impact” by 2030. In a recent survey of executives, it found that 95% believe the metaverse will have a positive impact on their industry.

“About a third of them think the metaverse can bring significant change in how their industry operates, and a quarter of them believe it will generate more than 15% of corporate revenue in the next five years,” McKinsey said.   It urges companies to venture into the metaverse to get a better sense of what it entails.

“There is no avoiding the fact that if you want to both understand consumers and opportunities that may be available to your organization, you need to be familiar with the metaverse,” McKinsey said.

Quarterly mobile revenue, which had fallen in the first half of the year, grew slightly in the last two quarters, although over the full year it was flat at 2.7 trillion yen ($24.6 billion).  The new Ahamo discount plans, launched in March, attracted more than 1 million new customers to the end of March, most of them aged under 30, DoCoMo CEO Motoyuki Ii told analysts on Thursday.

In its presentation to investors, the company described their 5G goals:

DoCoMo had 3.09 million 5G customers as of March 31st, with a target of 10 million in the current fiscal year.  In fiscal year 2020, there were 7,100 base stations deployed (in 574 major cities in Japan).  In fiscal year 2021, the company expects to deploy 20,000 base stations and commence 5G core/SA service.  The 5G SA network will be deployed only “where there is actual demand” for enterprise services such as network slicing.

Also, 55% of Japan’s population will be covered by “Lightning Speed 5G” (that uses sub-6GHz bands and millimeter wave spectrum).

DoCoMo’s most promising 5G solution was a joint venture with machinery company Komatsu to provide smart construction services, Ii said. The LANDLOG open platform connects land, equipment and materials for innovative and smart construction.  These would be sold globally through NTT Group sales channels as well as locally. 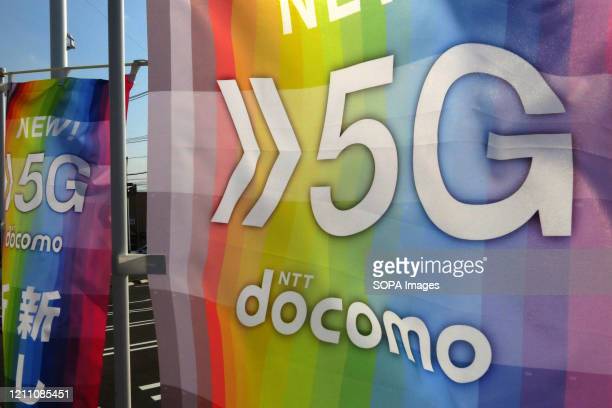 Challenge toward a “New DoCoMo” include the following initiatives:

With respect to earnings guidance, DoCoMo forecast a 1.4% increase in operating profit for the 2021-22 financial year, with Smart Life services expected to improve earnings by 9.3%. Telecom group operating profit is projected to fall 1.6%.

KDDI says it had 10,000 5G base stations deployed at the end of March and is targeting 50,000 by March next year.  KDDI estimates the latter number will provide population coverage of 90% of Japan’s population. Last year alone, it spent about JPY174 billion ($1.6 billion) on 4G and 5G rollout, as well as JPY200 billion ($1.8 billion) on “common equipment.”

SoftBank, the third operator, has precisely the same target of 50,000 base stations and 90% population coverage by March 2022.