Viasat posted record fiscal third quarter revenues of $720 million, up 25% year-over-year, boosted by its recent acquisitions of RigNet and Euro Broadband Infrastructure (EBI), as well as growth in its in-flight connectivity (IFC) business.  Nevertheless, the provider of satellite and wireless networking technology reported a loss of $6.6 million in its fiscal third quarter.  Virgin Atlantic was an important new in-flight connectivity (IFC) customer while the company continued to expand their fixed broadband presence internationally.

However, Viasat’s plan to provide global coverage with a set of new, high-capacity ViaSat-3 satellites has fallen a little behind schedule. The launch of the first of three satellites, set to cover the Americas, is now expected to happen in the late summer rather than in the first half of 2022.

The delay was due to a “modest slippage in our supply chain” fueled in part by the pandemic, Rick Baldridge, Viasat’s president and CEO, said on the company’s earnings call. “We’ve been working through limited availability of specific, critical skill workers.”

If the current plan holds, Viasat hopes to have the first ViaSat-3 satellite in service before the end of 2022. Future ViaSat-3 satellites are poised to cover the European, Middle East and Africa (EMEA) and Asia-Pacific regions. 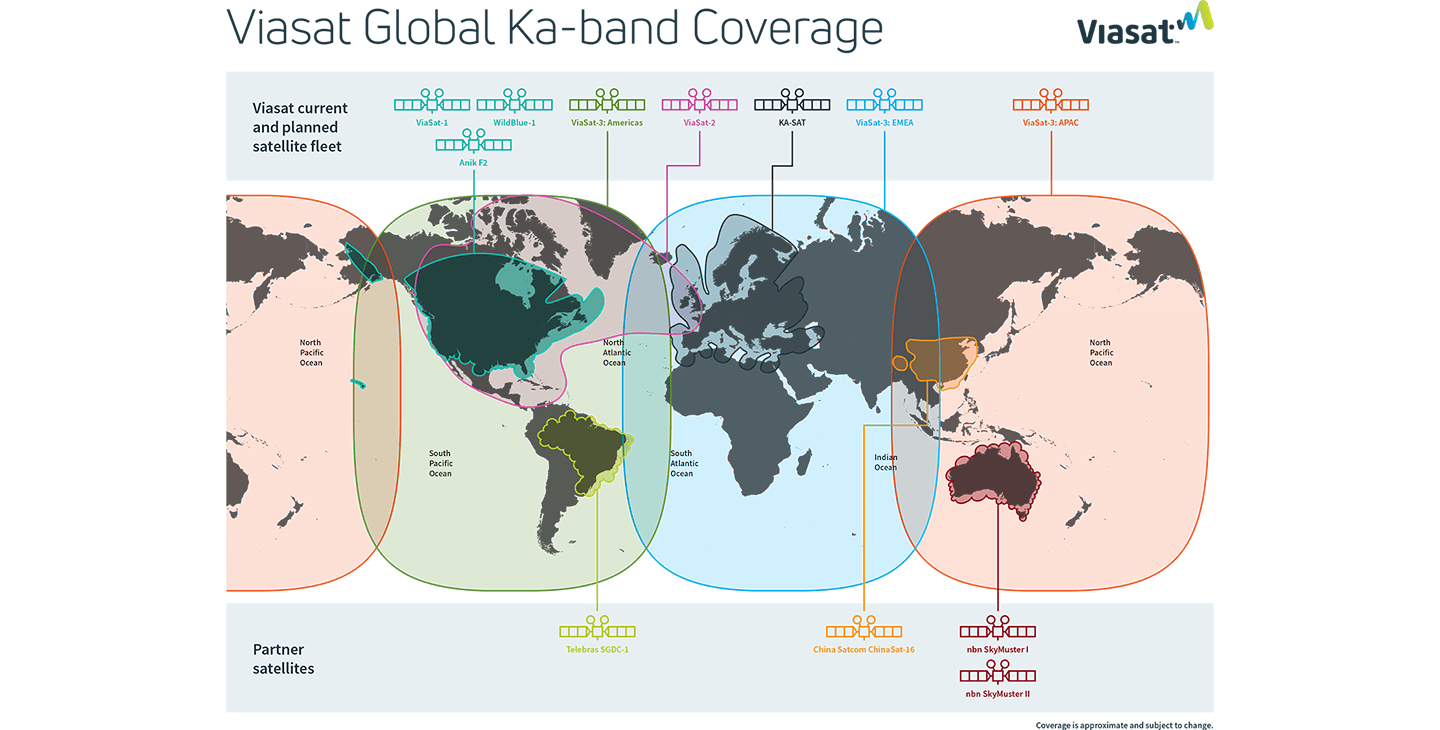 Viasat executives said the company is making good progress with alpha testing of a space-ground integration system for ViaSat-3, and they don’t expect the scheduling delay on the first ViaSat-3 satellite to materially impact Viasat’s financial guidance.

The payload module for the second ViaSat-3 satellite (for the EMEA region) is at Viasat’s facilities, with about 95% of the payload units now installed, the company said.

How much of a competitive impact Viasat’s residential satellite broadband service is seeing from FWA (Fixed Wireless Access) or even Starlink is difficult to pinpoint. Viasat no longer reports U.S. subscriber numbers as it expands that piece of the business globally. However, the company did note there was a “slight decrease” in its U.S. subscriber base in its fiscal third quarter as Viasat reallocates satellite bandwidth for mobile services.

Viasat execs aren’t overly concerned about a new, faster and pricier “Premium” tier from Starlink [1.] that will start to reach business customers and other high-capacity users in the second quarter of 2022.

Note 1. Starlink Premium promises to deliver up to 500Mb/sec, but is very expensive. It sells for $500 per month and requires customers to also pay $2,500 for the satellite router and a new antenna outfitted with double the capacity of its predecessor. Starlink Premium, a service targeted to businesses and other users that require more speed and capacity, also requires customers to put up a $500 fully refundable deposit.