Wytec International, Inc., a small San Antonio based technology company with with 11 employees, is ramping up to bring 5G mobile wireless services to cable operators.  The company wants to upend the MVNO industry in the U.S. so that cable operators are able to compete on par with mobile carriers. That means removing excess costs with which cable operators currently contend.  Wytec owns patented small cell technology now recognized as a key component to delivering 5G fixed and mobile wireless services.

“Our 5G mobile services, offered through a Mobile Virtual Network Operator (MVNO) Agreement, will include a three-option plan designed for cable operators to “compete on par” with U.S. mobile carriers,” comments William Gray, CEO of Wytec.

Wytec is nearing completion of a multi-test trial in the Central Business District (CBD) of Columbus, Ohio in preparation of securing its first MVNO Agreement to prospective cable operators in early March of 2020.

As Robert Merola, Wytec’s Chief Technology Officer and President of Wytec, states, “Our initial network deployment originates from one of the top ten Tier One providers in the U.S. and will expand accordingly in support of multiple MVNO cable operators throughout the U.S. We are excited to provide 5G services to the cable industry.”

Wytec has invested more than five years advancing its intellectual property related to fixed and mobile wireless distribution. In September of 2017 Wytec was awarded a “utility” patent on its LPN-16 Small Cell technology from the U.S. Patent and Trademark Office (USPTO) clearing a path for the development of its first 5G network deployment in Columbus, Oho. 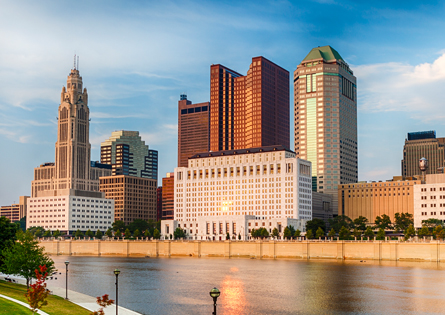 Columbus, OH is the site of Wytec’s first 5G trial

In June of 2019, the FCC awarded an “experimental use” license to Wytec for the testing of the newly issued Citizens Broadband Radio Service (CBRS) spectrum operating in the 3.5 GHz frequency band. The company plans to add fifteen (15) additional markets under an agreement with the sixth largest cable operator in the U.S. (unnamed).

Wytec has been funding its LPN-16 R&D through private Regulation D 506c PPM Offerings (Wytec’s Pre-IPO Offering) to accredited investors and subsequently filed an SEC S-1 registration (Now Effective) in preparation for listing its shares on a public market.