This post is actually three separate articles concerning “Ericsson in the news” today.  Rather, than read all three parts, simply scroll down to the story that interests you.  Let me (and others) know what you think by commenting in the box below the article.

1.   Multi-User MIMO demo with T-Mobile US

T-Mobile US and Ericsson demonstrated a 16-layer multi-user multi-input multi-output (MU-MIMO) [1.] on one channel of 2.5 GHz spectrum. The peak cellular data rate was more than 5.6 Gbps.

During the test, engineers connected eight separate smartphones to the same 5G radio and resources using MU-MIMO and beamforming in a specific direction to achieve more than 700 Mbps data rate on each device.

Note 1. Multi-user MIMO (MU-MIMO) is a set of multiple-input and multiple-output (MIMO) technologies for wireless communication, in which a set of users or wireless terminals, each with one or more antennas, communicate with each other. 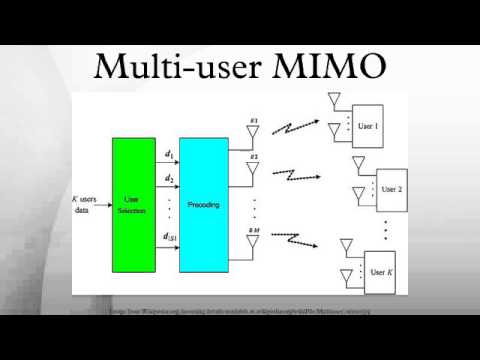 Using MU-MIMO, T-Mobile US could potentially connect many more devices to the same cell infrastructure and still deliver very fast speeds to all of them.  Using that set of technologies, wireless telcos might be able to deliver even better 5G performance to more people than was expected.

Using a commercially available massive MIMO radio with 64 antennas from Ericsson and OnePlus 8 5G smartphones T-Mobile sells today, 16 unique data streams were transmitted.  Each stream was capable of transmitting/receiving at more than 350 Mbps.  With two data streams for each device, that’s 700+ Mbps for each smartphone, all using the same radio resources at the same time.

With 100 MHz of total 5G spectrum used in the demonstration, T-Mobile US was able to achieve a 50+ bps/Hz in spectral efficiency. That is much higher than the single digit efficiency typically experienced today.

“This is what you get when you pair T-Mobile’s unmatched spectrum portfolio with the best damn team in wireless — innovation that changes the game for the entire industry,” said Neville Ray, President of Technology at T-Mobile. “We have a 5G network that’s second to none, and it’s getting better by the day thanks to our amazing engineers and partners. Just wait until you see what they do next for our customers!”

T-Mobile US expects to begin deploying this technology in 2021 as they continue the goal of building America’s best 5G network.

Ericsson has confirmed that it’s helping Telefónica’s planned launch of 5G services to cover 75 percent of the Spanish population by the end of 2020, including the major cities of Madrid and Barcelona.
In a statement, Ericsson said its field professionals have been working alongside Telefónica’s engineers to ensure that 5G base station sites across the network will be fully operational when the operator makes the service available for its subscribers.
Thousands of Ericsson cell sites are expected to be activated by year end, said the Swedish wireless telecom equipment vendor.  Ericsson said that Spectrum Sharing will enable Telefónica Spain to simultaneously share 5G and 4G spectrum, for a quick and efficient 5G network roll-out.

Joaquín Mata, CTO, Telefónica Spain, says: “The launch of our 5G network constitutes a leap forward towards the hyper connectivity that will change the future of Spain. We are very pleased with the collaboration with Ericsson to build one of the best 5G networks in Europe.”

Arun Bansal, President of Ericsson Europe and Latin America, says: “With our leading technology, Telefónica will offer its customers 5G faster and support them to reach 75 percent coverage of the population by the end of the year. With our swift 5G roll-out, Spain is ready for the next digital revolution and Ericsson is proud to be powering it together with Telefónica.”

As the industry evolves towards RAN virtualization, with virtual RAN or Open RAN (O-RAN), it is important that a risk-based approach is taken to adequately address security.Virtualization throughout the network and a service-based architecture means that security needs to be handled in a new way.

5G will accelerate innovation and provide transformative use cases across multiple global sectors. However, it will also bring new security challenges for the mobile ecosystem, with broader attack surfaces, more devices and increased traffic loads. We must have networks that are trustworthy, resilient, and secure at every phase of the system lifecycle.  These new security challenges are addressed by 3GPP’s SA3 security work group.

The introduction of new and additional touch points in O-RAN architecture, along with the decoupling of hardware and software, has the potential to expand the threat and attack surface of the network in numerous ways, including:

These and other areas are explored in greater depth in Ericsson’s report, Security considerations of Open RAN.  Many of these items are being studied in several O-RAN Alliance working groups, including the Security Task Group, a consensus-based standards group that will ensure that O-RAN implementations meet the levels of security expected by the industry.

Ericsson is committed to providing leadership and guidance in the O-RAN Alliance on these emerging areas of study.  In the meantime, let’s take an in-depth look at just one of these new areas of risk:

Weakened Links in the Trust Chain

To establish a secure and trusted communication channel between two endpoints, one needs first to authenticate each side before a secure (confidentiality and integrity-protected) channel can be established. To authenticate each endpoint, a unique identifier and one or more credentials that shall be kept secret are needed. To protect the credentials in a computer environment, hardware security functionality such as Trusted Platform Module (TPM), Hardware Security Module (HSM), and secure enclaves, are used to establish a hardware root of trust.

In the case of virtualization and cloud environments, there are many layers that need to be considered to ensure the trust chain is maintained between applications and the underlying hardware. The authentication process is the base for establishing a secure communication channel, but it must trust the layers underneath to attest that the node, layer or data set has not been compromised. For example, a node could request a valid service, authenticate correctly to the system and be authorized to use that service yet still represent a malicious threat if it is running on compromised firmware.

Ericsson will continue its leadership role within the O-RAN Alliance and its Security Task Group to incorporate security best practices, ensuring that new deployments are ready to meet the level of security, resilience and performance expected by service providers and their customers.

Coalition members believe that by standardizing or “opening” the protocols and interfaces between the various subcomponents (radios, hardware and software) in the RAN, we move to an environment where networks can be deployed with a more modular design without being dependent upon a single vendor.   The Coalition will promote policies that:

The FCC is scheduled to host an open RAN forum on September 14th.  FCC Chairman Pai will host experts at the forefront of the development and deployment of open, interoperable, standards-based, virtualized radio access networks to discuss this innovative new approach to 5G network architecture.

Panelists include representatives from Nokia, Parallel Wireless, Mavenir, Altiostar, HP Enterprise, Dell, VM Ware, and other would be Open RAN hardware/software vendors. But Ericsson will not be among them.

“Open and virtualized radio access networks may help operators deploy more secure, cost-effective 5G networks,” said Chairman Pai. “As part of the FCC’s 5G FAST Plan, the agency has taken many actions to promote American leadership in next generation wireless services. To that end, we want the United States to lead the way in researching and developing innovative approaches to mobile network deployment. I am pleased the FCC will convene these experts for a productive discussion about the current state of ORAN-related technologies and the path ahead.”
You can watch the live FCC forum webcast here.
References:
https://www.ericsson.com/en/blog/2020/9/open-ran-security-5g
https://www.ericsson.com/4a4b77/assets/local/security/security-considerations-open-ran.pdf
https://www.lightreading.com/open-ran/ericsson-issues-warning-on-open-ran-security/d/d-id/763821?
https://techblog.comsoc.org/2020/05/05/open-ran-policy-coalition-u-s-attempt-to-exclude-chinese-5g-network-equipment-vendors/
https://www.fcc.gov/news-events/events/forum-5g-virtual-radio-access-networks