SiFi Networks is a privately owned, U.S. based company that builds and operates competitive fiber networks which service providers use to deliver first class service to their customers; internet, TV, phone and more.  The company was founded in 2013 and operates using a wholesale model focused on getting carriers onboard as tenants. It is now offering 10 Gb/sec fiber access networks to U.S. operators, hoping to entice them to adopt a more European infrastructure model and sign on as tenants to its wholesale fiber network rather than building out the last mile themselves.

SiFi Networks is delivering open access fiber networks right across the US called FiberCities®, called so because fiber passes every single home and business in the city and Smart City access points are put in place as standard, developing a future proofed city for generations to come.

The company is a big advocate of dig once and only once, therefore removing costs and disruption that could be associated with future connectivity, and by operating the network independently of any end service provision it removes the requirement for others to go to the expense and disruption of building separate networks.

Earlier this month, the city of Salem, MA, signed a contract attracting over $35 million of private investment to create a citywide, fully fiber-based broadband network.  The project will be privately funded by SiFi Networks, with no taxpayer subsidy. With projects like this, the company hopes to transform the U.S. broadband model by operating citywide networks that can be used by multiple service providers, mobile carriers and even the municipality itself. 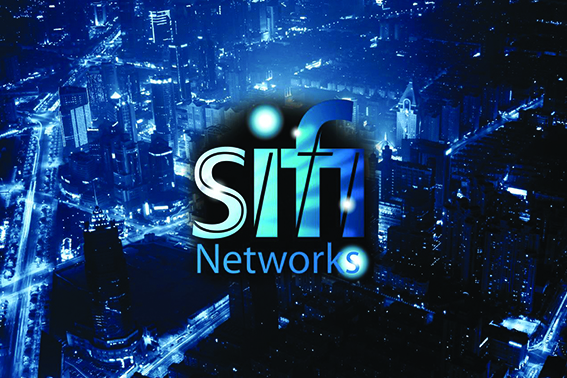 SiFi president Scott Bradshaw told Fierce Telecom that  SiFi has build commitments in place covering 13 cities across seven states. This will eventually yield a projected footprint of “well over” 40 million feet of fiber covering more than half a million homes and businesses, he said.

CEO Ben Bawtree-Jobson added it expects to announce several additional projects in the coming months.  The CEO noted its open access network model is fairly revolutionary in the U.S. “It’s very much commonplace in other countries, in particular in Europe, but in the U.S. having last mile infrastructure that’s independently operated, that isn’t under the control of the service provider is a new model,” Bawtree-Jobson said.

Jeff Heynen, VP of broadband access and home networking at analyst firm Dell’Oro Group, explained in an email to Fierce this is primarily due to the “the legislative influence of the big telco and cable operators.” He said major incumbents like Verizon and AT&T “were able to successfully lobby legislators that they should own their networks and equipment because they bear the heavy cost of the initial deployment.” In states like North Carolina, these players even convinced lawmakers to “block the roll out of municipal fiber networks because they were argued to be unnecessary.”

While a handful of open fiber networks have sprung up in cities across the country, Heynen said, “The influence of the big carriers on legislation (local, state, and national) has limited their advance over the years.”

Bawtree-Jobson noted reactions to its offer have varied, with smaller ISPs “happy to get onto networks, share infrastructure and gain access to customers” without having to spend massive amounts in capex and opex. Incumbent local exchange carriers (ILECs) are a tougher nut to crack, he said.

SiFi is planning to use micro-trenching for its fiber rollouts, which is expected to help accelerate its deployments. Bawtree-Jobson said depending on the size of the project, its city deployments are expected to take anywhere from two to five years to complete.

One thought on “SiFi Networks is building 10G b/sec open access fiber networks in the U.S.”