Comcast added another 354,000 total broadband subscribers (334,000 residential and 20,000 business) in the second quarter of 2021, beating the 323,000 it added in the year-ago period. The U.S.’s largest broadband wireline provider ended the quarter with 31.38 million residential and business broadband customers, by far the most in the U.S.

Comcast’s broadband subscriber growth rate is very impressive, at 6.7% YoY, which was unchanged versus last quarter.  Comcast Business was also a bright spot, with a strong acceleration in growth.  Business services revenues were up 9.9% YoY, a huge acceleration from the 6.1% YoY rise last quarter and a beat versus consensus growth of 8.8%.

New Street Research analysts noted Comcast’s broadband net additions were “well above estimates,” noting it had previously forecast gains of 253,000 and the market consensus estimate was 270,000. Cavanaugh said the operator is now expecting total broadband net additions for 2021 to be up in the “mid-teens” compared to the 1.4 million net adds it posted in 2019. 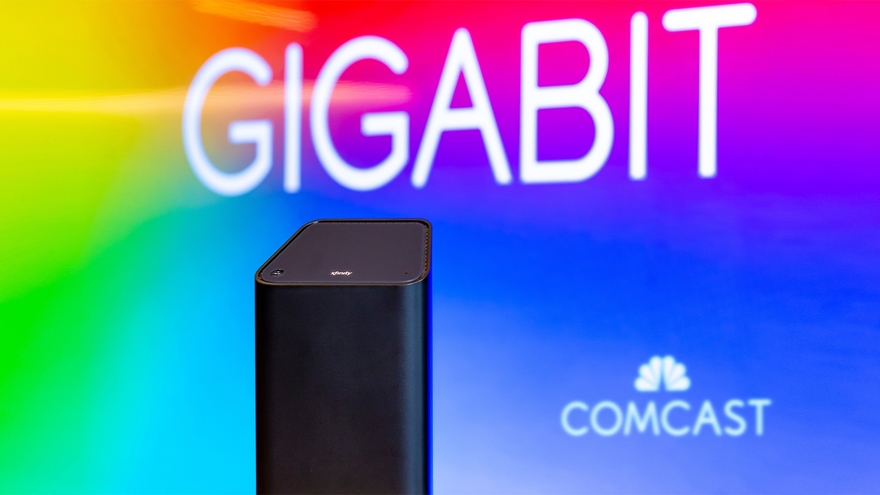 Dave Watson, CEO of Comcast Cable, said mobile is now tied into every sales channel. And the launch of a new unlimited plans focused on multi-line customers has also led to a “nice shift in mix,” he said.

In addition to investments in scalable infrastructure to increase network capacity, Comcast CFO Michael Cavanaugh said on an earnings call the money was spent on broadband CPE and line extensions.

“We have decided to move a bit faster to the next phase of DOCSIS using very cost-effective technology,” he said.

CEO Brian Roberts noted the company has been trialing gigabit and multi-gigabit symmetrical speeds since October 2020 “to great success.” While upstream traffic comprises only 10% of broadband usage on its network and “we don’t really have a consumer use case” for symmetrical speeds yet, “the strategy for our network is to plan ahead,” he said.

“We’re investing in architecture that allows us to go beyond where consumers are, and we can do all of this in a way that won’t affect the capital intensity ratios we currently enjoy,” he added.

Comcast remains excited about Flex, a video streaming/smart home product it offers for no added cost to broadband-only subscribers. Watson said Comcast has deployed more than 3.8 million Flex boxes, up from the 3.5 million the company reported in May.

Consolidated revenue of $28.5 billion grew 20.4% year-on-year, with net income attributable to Comcast up 25.1% to $3.7 billion. Sales for the Cable Communications business increased 10.9% year-on-year to $16 billion.