The focus of this 5G network expansion is on so-called “pure 5G” via the mid-band 3.6 GHz frequency. The 3,000th 3.6 GHz antenna just went live in the O2 5G network. Meanwhile, Telefónica Deutschland / O2 is installing around 180 of these 5G antennas in the network every week, tendency further increasing. The company is expanding 5G twice as fast overall compared to 4G and is fully on track to supply all of Germany with 5G by the end of 2025.

As with 2G, 3G and 4G, we are also bringing 5G to mass market readiness in Germany through rapid network expansion, network investments in the billions and products with the best price-performance ratio,” said CEO Markus Haas on the first anniversary of the 5G launch in the O2 network.

“Since the beginning, we have aligned the 5G roll-out with the concrete benefits for private customers and businesses. This is the most effective way for us to drive forward the urgently needed digitisation for business and consumers. Today, one year after the launch, our 5G network is already live in a hundred cities. And current international tests confirm that it is the fastest 5G network in Germany. Now we will also quickly bring the O2 5G network to the area.”

The added value of 5G for private customers in this early expansion phase, beyond the performance advantages, lies primarily in the additional network capacities provided by the new mobile communications standard. In the first half of 2021, the O2 mobile network transported 1 billion gigabytes of data, an absolute record. Cities are data traffic hotspots. The growing number of urban 5G users is increasingly shifting parts of this data traffic to the 5G network, thus relieving the 4G network. In this way, the O2 5G network also ensures a consistently good network experience for 4G users of all Telefónica Deutschland / O2 brands and partner brands.

Market penetration with 5G is visibly gaining speed. In the meantime, 5G smartphones account for more than 50 percent of all end devices sold through Telefónica Deutschland / O2 sales channels. In line with this, Telefónica Deutschland / O2 is now moving the 5G network expansion more strongly into the area. Here, too, the telecommunications company is focusing on so-called “pure 5G” via the 3.6 GHz frequency. In the future, it will provide private and business users with multiple gigabit data speeds and response times (latency) of just a few milliseconds.

This is where “pure 5G” differs from the combined 4G/5G via Dynamic Spectrum Sharing (DSS), which currently prevails in other German 5G networks [1.]. 5G shares lower frequency bands with 4G at comparable performance levels. Where it is a useful 4G extension in selected areas, the company will also use Dynamic Spectrum Sharing. In addition, it is partially rolling out 5G purely over the 700 MHz frequency to accelerate area rollout and lay the groundwork for the upcoming 5G Stand Alone in the O2 network. The first sites are already live.

Note 1. Both Vodafone Germany and Telekom Deutschland use DSS to facilitate the rollout of 5G by sharing spectrum between 4G and 5G networks: Vodafone has deployed the technology to switch 700MHz frequencies back and forth between 4G and 5G, while Telekom Deutschland is rolling out DSS as part of a 5G expansion drive and is apportioning 5MHz of its 2.1GHz resource for 4G and 5G as needed.  Telefónica Deutschland, which has already said it would use DSS for deployment in rural areas, conceded it will use DSS for 4G expansion in “selected areas.” The operator also appeared to indicate that its 5G deployment over 700MHz will be only partially “pure,” in order to accelerate its network expansion. 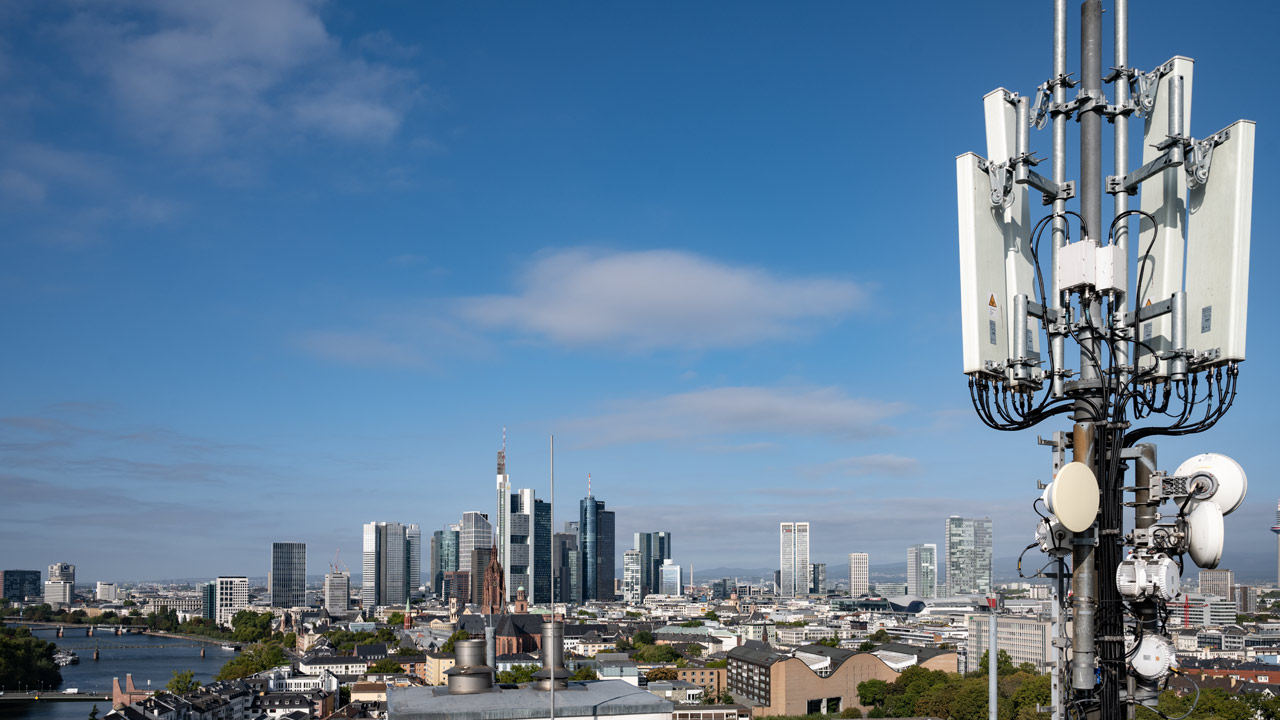 Telefónica Deutschland / O2 is continuously increasing its 5G network expansion despite parallel major projects such as the 3G switch-off and densification of the 4G network. In addition, the company has set the course for its 5G network of the future in the last twelve months. Telefónica Deutschland / O2 was the first German network operator to bring the innovative open architecture Open RAN for the mobile access network out of the laboratory and into live operation.

The conversion to Open RAN will start before the end of this year. It will give the company greater flexibility in the choice of manufacturers and, as a primarily software-based solution, simplify and accelerate the upgrading of base stations.  Telefónica Group has appointed NEC as systems integrator for open RAN trials in its four main markets – Spain, Germany, the UK and Brazil. 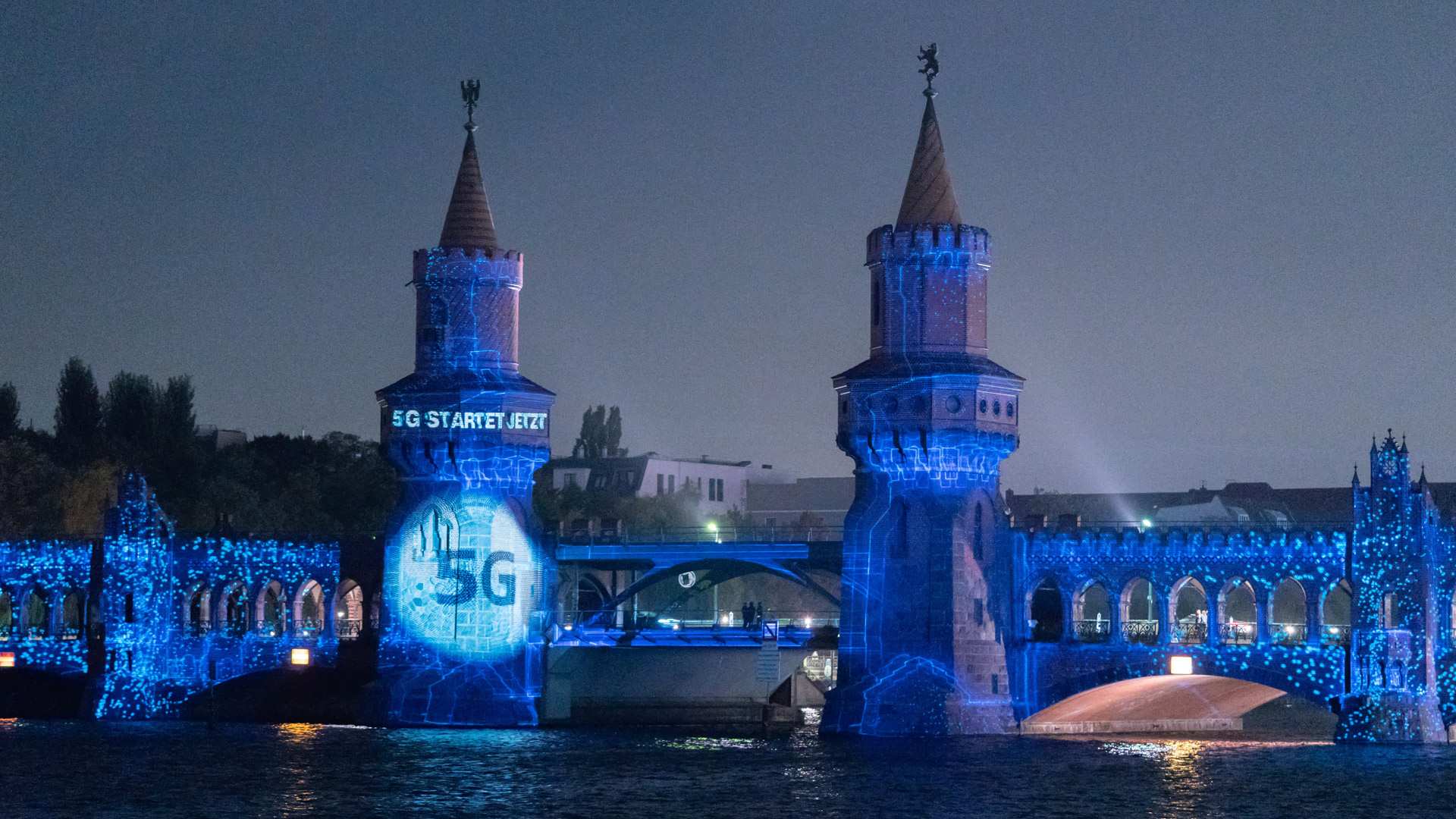 In addition, Telefónica Deutschland / O2 achieved the first frequency bundling in the 5G live network in this country via carrier aggregation, which further accelerates 5G for customers and ensures a stable high data throughput. The O2 network also recently saw the German premiere of the first voice call directly via the 5G live network. These 5G calls do not take a diversion via the 4G network and thus no longer interrupt ongoing 5G data connections. Finally, Telefónica Deutschland / O2 now operates an independent 5G core network (no explanation given for what that means?).

The company has thus created the basis for freeing the new network from its technical dependence on 4G and will provide a 5G core network for 5G Stand Alone (SA).  In future, this will enable private and business customers to use even the most demanding 5G applications. Technically, the company is already in a position to roll out a nationwide 5G Stand Alone network.

As soon as 5G Stand Alone offers real added value for customers, O2 will activate the technology. For example, when enough end devices in the market support 5G SA. Telefónica Deutschland is working with Ericsson for its 5G core network, but noted that the deployment of open radio access network (RAN) technology will ensure access to a wider group of vendors.

Over the past year of 5G service, Telefónica Deutschland / O2 has started to move their 5G core network for industrial applications to the cloud. This will significantly simplify the establishment of 5G campus networks, accelerate the introduction of new industrial applications for companies and shorten the time to market for new products and applications, according to the company.

The rapid expansion of the 5G network helps Telefónica Deutschland / O2 to pursue its corporate goal of offering its customers the greenest mobile network in Germany by 2025. 5G transmits significantly more energy-efficiently than the predecessor standards. The conversion of 3G to 4G and 5G network technology alone will reduce the power consumption of the O2 network by up to 90 percent per transported byte. In addition, the company will make a significant contribution to achieving Germany’s climate targets overall. Its 5G network will pave the way for digital solutions and all-round connectivity, helping other industries to save CO2 emissions and develop sustainable business models.