Infrastructure association Desarrollo País, Chile telecoms regulator Subtel and Magallanes region have signed an agreement on the deployment of a submarine cable between Antarctica and Chile. The agreement involves a market consultation process for the preparation of a technical, legal, economic, and financial feasibility study.

“As a government we are determined to carry out this enormous project and, in this way, contribute strategically to the concerns of the international community and to expand the development of scientific cooperation,” Chile transport and telecommunications minister Gloria Hutt said in a press release.

Earlier this year, Argentine company Silica Networks had also announced a US$ 2M investment for an Antarctic cable feasibility study that includes its subsidiaries in Brazil and Chile.

The deal paves the way for a market consultation process on the future preparation of a technical, legal, economic and financial feasibility study, said Subtel, adding that the proposed route would cover a distance of around 1,000 kilometers from Puerto Williams to King George Island.

According to Subtel, Chile’s existing infrastructure in Puerto Williams on the Tierra del Fuego archipelago gives it a clear advantage over other continents, in that the facilities already available at the corresponding landing station provide a unique opportunity for the deployment of an undersea fibre-optic cable across the Southern Ocean.

The infrastructure is part of the country’s ‘Fibra Optica Austral‘ backbone project to roll out nearly 4,622 km of fiber-optic infrastructure in the Patagonia region, allowing the construction of a high-capacity digital channel for the development of all types of activities in Antarctica. 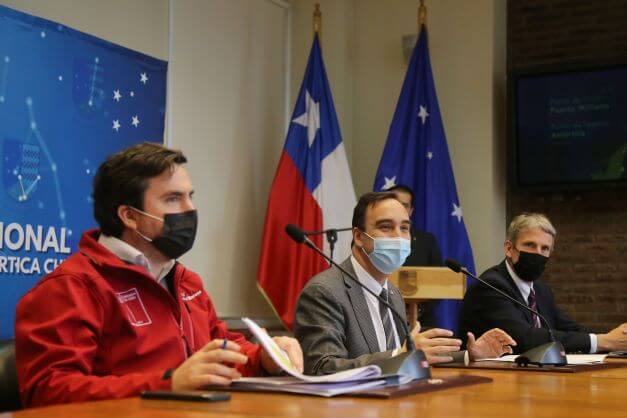 In October 2020,  Subtel announced that local operator Entel had successfully connected the town of Puerto Williams in the far south of the country to the Fibra Optica Austral (FOA) fiber optic system. Hundreds of inhabitants in the digitally isolated locality in the Tierra del Fuego archipelago can now access reliable mobile broadband services for the first time thanks to the public-private initiative between the operator and Subtel.

The aim of the FOA project is to boost telecommunications for the 300,000 Chileans who live in the underserved Patagonia region, bringing much-needed economic, tourism and trade benefits to around 30 percent of the Chilean territory. A 3,000km submarine cable is being rolled out from Puerto Montt to Puerto Williams with landings at Caleta Tortel and Punta Arenas plus a land-based stretch from Puerto Natales to Porvenir in Magallanes.

Puerto Williams is the second town to be connected to FOA after a 4G base station was activated in Caleta Tortel in the Aysen region earlier this year.