With Cloud WAN, customers use a central dashboard (the AWS portal) and network policies to create a global network that spans multiple geographically dispersed locations and networks—eliminating the need to configure and manage different networks individually using different technologies. Network policies can be used to specify which of the customer’s Amazon Virtual Private Clouds (VPCs) and on-premises locations you wish to connect through AWS VPN or third-party software-defined WAN (SD-WAN) products.  The Cloud WAN central dashboard generates a complete view of the network to monitor network health, security, and performance.

Like all AWS services, Cloud WAN is designed to be managed through the AWS portal, which has become a single point to manage the “full stack” of AWS services – from the network through application. Through the console, IT professionals can configure connections to all company locations including branches, data centers, headquarter locations as well as Amazon Virtual Private Clouds (VPCs) though a graphical interface.

Businesses will connect into the network through a VPN or a direct connect (private line) for the “last mile” and then will have access to the global AWS network. AWS customers have been using the network already for setting up transit gateways or cloud connection, but this can now be extended to some or all of the corporate network.

“Imagine you’re a large global company with dozens of manufacturing sites round the world… — you need to connect them all to AWS,” Amazon CTO Werner Vogels said during his re:Invent keynote address. Cloud WAN “actually builds it for you in minutes using the big AWS backbone for you, to give you a highly reliable, highly available, software-defined wide area network running over AWS infrastructure,” Vogels added. 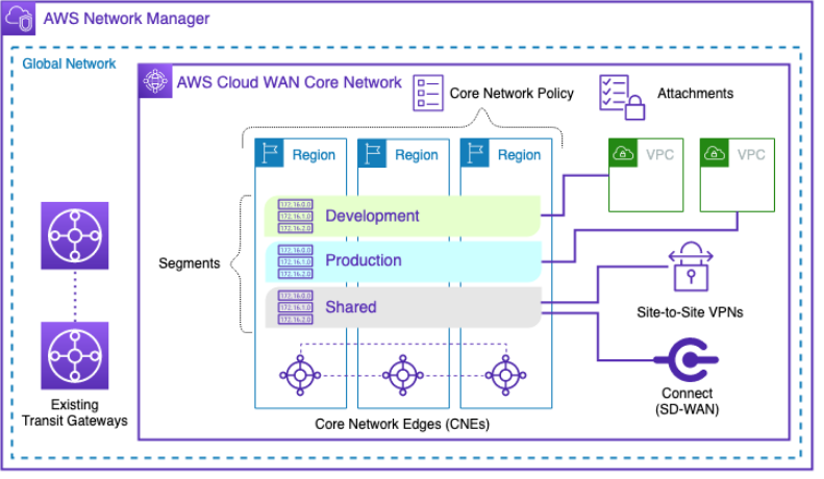 Cloud WAN will have a consumption-based pricing model. The Cloud-WAN site shows there are three pricing factors – the number of cloud network edge (CNE) locations deployed, the number of attachments to each CNE and data processing charges for traffic sent through each CNE.  This is a new type of pricing model for telecom services and may result in customers paying less than they do now.  That’s because the current telco industry pricing is based on a flat fee up to a certain data traffic capacity and then an “over-charge” for additional data transmitted over the network.

AWS has been working with industry leading partners at the launch of Cloud WAN. Here are some of the things they have been doing and saying: 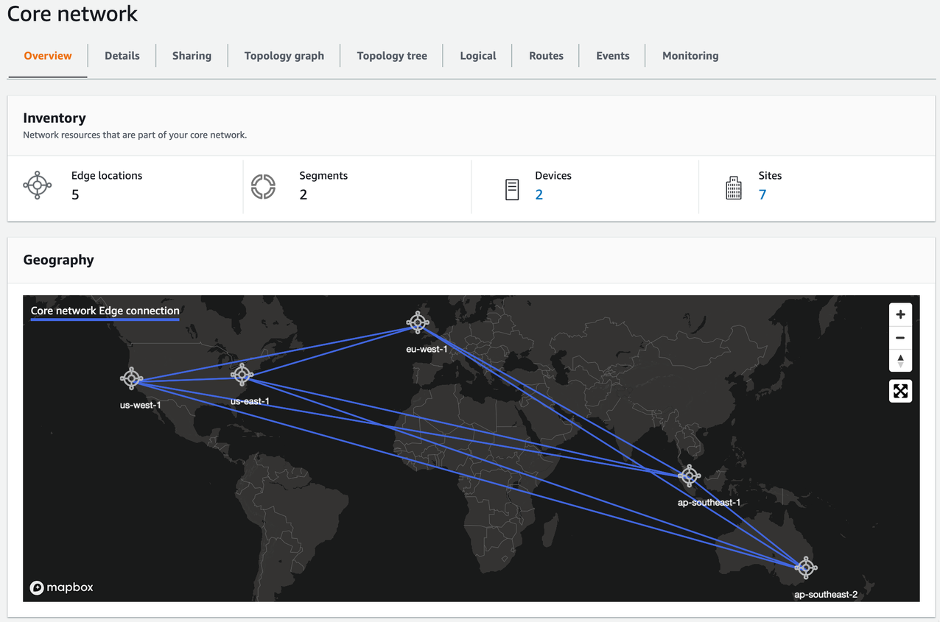 The rise of distributed clouds, combined with containers and microservices is making workloads and applications much more ephemeral in nature requiring connectivity that is equally ephemeral. Legacy networks are not nearly dynamic enough to meet the needs of a business running modernized clouds, so AWS is building a service to change the network. While not known as a network provider, AWS has a very sophisticated network that’s highly available with per region fault isolation built into it and those benefits would be passed on to the customer.

The initial use case for a product like this would be for the customer to continue to use their existing telco network for the primary network and use AWS Cloud WAN for offload, backup connections or alternative paths. In this case, the telco networks would still be managed through the AWS console in a “bring your own carrier” model, making the console the single control point for the global network.

For telcos, this kind of “co-opetition” is new as many have a near monopoly in some regions, which is why this group of companies isn’t known for their innovation. It will be interesting to see how the network operators respond. I do know, now that AWS has jumped into networking, it will continue to deliver innovative features that improve network reliability, make it easier to operate and improves application performance. Some will embrace this, change their operating model and benefit from this. I suspect many won’t and will view AWS as a bigger threat.

While Cloud WAN may be negative to the service providers, it should be a positive for its SD-WAN partners, which include Aruba, Cisco, Palto Alto Networks and VMware. AWS told me it has no intention of getting into making SD-WAN appliances but would rather leverage partners. Customers will be able to manage these appliances through the AWS Console as well as the network services.

Learn more by visiting the product overview page and documentation.