Demand for optical transport DWDM equipment is forecast to exceed $17 billion by 2026, according to a new Dell’Oro Group report.

The $17 billion in revenue for dense wavelength-division multiplexing (DWDM) equipment represents the bulk of revenue for the total optical transport equipment market. Dell’Oro forecasts the total market to grow at a 3% compound annual growth rate (CAGR) to $18 billion by 2026 as a result of sales of DWDM systems delivering wavelength speeds over 200 Gbit/s.

“Although there is a ton of market turbulence, we do not see demand for DWDM equipment letting up,” said Jimmy Yu, Vice President at Dell’Oro Group. “In fact, the biggest issue is that demand seems to be growing faster than supply. Hence, even if a mild recession were to occur, we think the worst case scenario is that demand will align with supply sooner.

“Hence, we are projecting continuous growth for DWDM system revenues. The only difference over the next five years, compared to previous years, is that we are expecting more growth from DWDM Long Haul since IPoDWDM should lower the use of WDM Metro systems in data center interconnect,” added Yu.

Dell’Oro forecasts that DWDM long-haul system sales will grow faster than wavelength division multiplexing (WDM) metro system sales over this five-year period. While the DWDM market is experiencing quite a bit of “market turbulence,” demand is not expected to decrease, said Jimmy Yu, VP at Dell’Oro Group, in a statement. 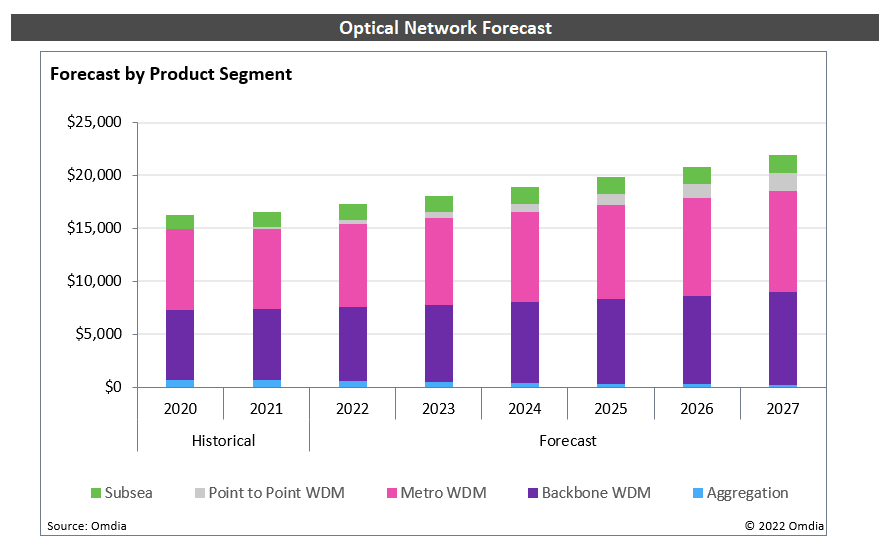 Optical Transport DWDM Equipment Market to Surpass $17 Billion by 2026, According to Dell’Oro Group