CableLabs said it has developed a new technology that brings mobile, cellular-like capabilities to Wi-Fi networks.  That, of course goes beyond the charter of IEEE 802.11 Working Group[1.].  CableLabs also believes its technology will enable cable operators to cut down on MVNO costs by offloading even more data to their Wi-Fi networks (this author frequently uses Xfinity WiFi when away from home for mobile Internet access).

The cable networks research organization is focusing the technology on home networks that are comprised of multiple Wi-Fi access points (APs) and extenders, but also believes the pieces are in place to support other use-cases, such as Wi-Fi network deployments in commercial buildings and the Cable Wi-Fi roaming initiative that now comprises about 4 million hotspots.

There have been many attempts to do this over the years, typically relying on coercing the device to reconnect to the new AP, but this frequently seems not to work quite right. Sometimes, there’s a lag before a device switches APs, and sometimes the device never switches APs. Or sometimes, the device insists that an AP is still present, even though it no longer is—for example, when you leave your house in your car and your phone insists it’s still connected to your home Wi-Fi.

How Does CableLabs Mobile Wi-Fi Work?

CableLabs Mobile Wi-Fi uses a central controller to group multiple access points or APs (WiFi routers) into one continuous network. The central controller detects which AP your device is closest to and connects your device to that AP. If you move—for example, getting up and walking to a different room—then the controller evaluates whether you would get the best experience by staying connected to the old AP or if your experience would be better by switching to a new one. If it’s the latter, the controller moves your device to the new AP without you even noticing.

Instead of asking the phone to reconnect to a different AP, CableLabs Mobile Wi-Fi moves the network itself to the new AP. It does this using a virtual Basic Service Set, or VBSS. A VBSS is a network set up exclusively for use by one device and can be moved from AP to AP without the device disconnecting and reconnecting. This makes the transitions between APs seamless and transparent to the phone.

So now, as you walk around your house with your device, the CableLabs Mobile Wi-Fi controller is moving your VBSS such that it follows along with you, hopping from one AP to another as you go. If you wander too far and go outside the range of all your APs (like when you drive away in your car), the CableLabs Mobile Wi-Fi controller detects this, closes your connection and tears down your VBSS so that your phone immediately knows there is no longer a Wi-Fi connection. The phone will then immediately switch to cellular data.

The result is that your device will be consistently connected to the best available AP in your space. Gone will be the days of being connected to an AP across the house instead of the one right next to you. Your Wi-Fi will be better and faster.

When Can I Get It? 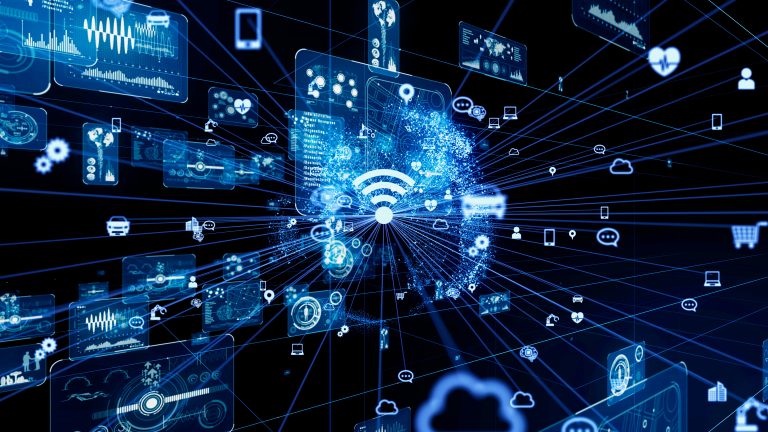 Steve Glennon, a distinguished technologist at CableLabs, told Light Reading that Wi-Fi has done well in new iterations to beef up physical data rates as home broadband speeds continue to climb to 1 Gbit/s and beyond. But he argues that Wi-Fi has fallen short of the mark in attempts to seamlessly connect smartphones to the best link in multiple-AP environments after the initial Wi-Fi connection is established.

“In general, phones go down the path of saying, ‘I’m connected, life is good.’ And they spend a bunch of battery and compute trying to scan and work out what’s around and when should I switch,” Glennon said. “You might be sitting right next to a Wi-Fi extender and your phone is still getting cruddy throughput. The problem is it’s associated with the main AP back in the living room of the house and in fact you’re upstairs in the bedroom sitting right next to the extender.”

Glennon said Wi-Fi roaming work around 802.11k, 802.11r, and 802.11v help to recognize this issue, but suggests they’ve not been super-successful at fixing it by giving the phone more information to help select the best AP.

Instead of putting a bunch of focus on the smartphone and requiring that device to be constantly scanning, CableLabs wants to flip things around by treating multiple APs like a mobile network. And instead of having the phone associate with a physical AP, the approach proposed by CableLabs is to create a virtual access point that moves from AP to AP without requiring the phone to know what’s going on.

CableLabs says it accomplishes that through a Virtual Basic Service Set (VBSS), which aims to virtualize the concept of an access point being a piece of hardware. The VBSS effectively is a network that is set up exclusively for use by one device and can be moved from AP to AP without the device (the smartphone, in this case) disconnecting and reconnecting.

Glennon said the new Mobile Wi-Fi tech also has the smarts to automatically kick the phone off the Wi-Fi link if performance on the closest AP is degrading and to shift the phone to the cellular network. And when the Wi-Fi environment improves, the system will flip the phone back to Wi-Fi.

The broad aim here is to improve the customer experience when the phone connects to Wi-Fi as the user moves about. But Glennon notes there’s also some big, potential benefits to cable operators that are now in the mobile game: offloading more data on Wi-Fi and lowering MVNO costs.

“Offloading your mobile connection to Wi-Fi as frequently and as completely as possible is the best financial outcome for the cable operator who’s offering mobile service,” he said. “The whole point here is make the Wi-Fi experience be really good, because then you’ll do more Wi-Fi offload and there’s more financial benefit to our [members].”

Glennon said the project started about five years ago. The initial use case is for multiple APs in the home, but the pieces are there to extend the capability to commercial businesses and other venues where cable operators have set up Wi-Fi networks, he said.

A Step Towards Better Wi-Fi