Well, it’s certainly about time for IPv6!  The transition from IPv4 to IPv6 has been going on for at least 12 years (See New Urgency to Move to IPv6 as Last Block of IPv4 Addresses are Allocated, published Feb 6, 2011!).

IPv6 is the first and might be the last upgrade of the global network in the coming decades. The development of IPv6 and IPv6 derivative and convergence technology standards will meet the objective requirements of the continuous expansion of the future network, facilitate the digital transformation in multiple fields, and become a new track of global digital technology innovation. In light of this, the “Global IPv6 Development and Standard Evolution Symposium and the Release Ceremony of the 2022 IPv6 Support White Paper,” held by the IPv6 Forum and the China Future Internet Engineering Center (CFIEC) on January 5, 2023. 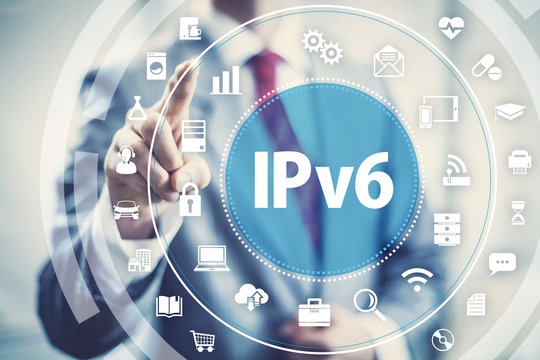 IPv6 is leading the development of the Internet

IPv6 provides more innovation capacity and development space for network infrastructure. Wu Hequan, academician of the CAE Member, summarizes the current development trend and characteristics of IPv6 at the meeting. He believes that the global Internet development has entered the dominant period of IPv6, which mainly presents three characteristics: first, the transition from IPv4 to IPv6 is accelerating; Second, from IPv4/IPv6 dual stack to IPv6 only; Third, IPv6 is developing towards IPv6+, with the developing IPv6 address space capabilities and fully integrating with the new generation of IT. IPv6 is playing an active role.

Sharing the development of IPv6 deployment in the Asia-Pacific region at the conference, Pan Guangliang, Director of Basic Resource Services at the Asia Pacific Internet Network Information Center (APNIC), puts, “The growth of the Internet has not stopped and will not stop. As more and more devices connects to the Internet, IPv6 is the way to go and is growing globally, with Asia seeing strong growth in overall IPv6 capability. According to APNIC statistics, the IPv6 support capacity in Asia exceeds the global average level by nearly 40%. Several countries such as China, India and Malaysia have witnessed rapid IPv6 development. In the next few years, the deployment of IPv6 will continue to improve, and more innovative applications based on IPv6 will appear ”

The development of IPv6 in China is outstanding. Gao Wei, director of the Internet Center of the Standards Institute of the China Academy of Information and Communications Technology, points out at the conference: “China is among the first countries in the world to carry out research, standard setting, application development and large-scale commercialization of IPv6 and next-generation Internet technologies. By December 2022, the number of IPv6 users in China has reached 717.7 million, with IPv6 traffic on fixed networks accounting for 12% and mobile networks 46%, showing a good momentum of development. IPv6 transformation achieves monumental success especially in the cloud platform, to achieve the new era of IPv6 traffic increase to provide strong support.”

In the era of digital economy, the integration of the Internet and the economy continues to deepen, and industrial digitalization with digital industrialization have become opportunities for all industries to score a new chapter. As an important starting point of digital transformation, standard is more conducive to opening up a leading advantage in the changing situation. The research, development and creation of IPv6 and its derived and converged technical standards are closely related to the development and deployment of IPv6. With the accelerated deployment of IPv6, the international standardization of IPv6 has entered a new stage and came across new changes.

Zhao Huiling, chairman of CCSA TC3 Technical Committee of China Communications Standardization Association, says that after 20 years of development, the current IPv6 standards have formed a systematic and standardized trend, covering five categories of standards: resources, networks, applications, security and transition. The standards at this stage can meet the needs of IPv6 network construction, but the security standards and application standards still have a lot to catch up. She also proposes four key directions for the creation of IPv6 industry standards in the new stage:

Li Zhenbin, member of the IETF Internet Architecture Committee (IAB) and Huawei’s chief IP protocol expert, also mentions that, “As the data communication industry moves towards the intelligent connection era of IPv6+, IETF has also gradually carried out various IPv6 standardization work, including the IPv6+1.0 (SRv6) standard, the IPv6+2.0 (5G&Cloud) standard Important achievements have been made in relevant standards. At this stage, IPv6 provides more differentiated service capabilities. Cloud network and computing network become the key applications of IPv6. Through IPv6 expansion and APN and other technologies, personalized networks can be realized and diverse computing power requirements can be met. In terms of APN6, we have signed a standard manuscript with several operators to successfully promote BOF at IETF, which will be the key direction of future technology innovation and standard creation. In addition, the general tunnel encapsulation technology GIP6 based on IPv6 also deserves further attention. ”

After years of deployment and penetration, IPv6 has entered a golden age of IPv6-Only evolution. When introducing the development of IPv6 at ETSI, Xie Chongfeng, Vice Chairman of ISG at ETSI IPE (IPv6 Enhanced innovation) and senior expert on IPv6 at China Academy of Telecommunication Research, says that network infrastructure is multi-domain and multi-scenario. To this end, we should actively promote the multi-domainIPv6-Only network architecture and technical requirements, in the form of a standard in the industry consensus, which will help operators, OTT, and service and devices manufacturers to buildIPv6-Only networks, and promote network infrastructure towards IPv6-Only.

This seminar is not only a rare multilateral interaction and exchange between domestic and foreign organizations and experts on IPv6 development and standards, but also a demonstration of the fruitful results achieved in promoting IPv6 globally in the past year. At the meeting, the 2022 Global IPv6 Support White Paper jointly prepared by the IPv6 Forum and CFIEC was officially released. Latif Ladid, the president of the IPv6 Forum, says at the release ceremony that the white paper is based on the latest progress of global IPv6 technology, the number of global users, the network and domain name system, international operators, websites, cloud services Network equipment and other parties elaborate on the global IPv6 support and make multi-dimensional and multi-dimensional statistics to comprehensively, objectively and accurately reflect the global IPv6 development. At the same time, the IPv6 Forum also selected “IPv6 Outstanding Contribution Enterprises” and “IPv6 Pioneer Enterprises” in 2022 based on the white paper. Latif Latid gives awards to five enterprises including Cisco, Huawei, HP, H3C and D-Link, with the “IPv6 Outstanding Contribution Enterprise” award, and ten enterprises, Dell, IBM, TOPSEC, QI-ANXIN, Allied Telesis, Panasonic, Microsoft, ZTE, China Mobile and TP Link, receive the “IPv6 Pioneer Enterprise” award. Yang Wu, chief architect of the H3C Router product line, Zhu Keyi, head of the Huawei Digital Communication Standards and Patent Department, and Han Minglei, an expert on TUPSEC protocol conversion products, also shared the latest IPv6 solutions and products at the meeting.

Liu Dong, Vice President of the IPv6 Forum and director of CFIEC, illustrates: “At the beginning of the year, it is a great pleasure to meet with you online. Through your sharing, we can see that we have made progress in two important dimensions, ‘Global IPv6 Development’ and ‘IPv6 Standard Evolution’, and formed a large number of new achievements. In the future, our various organizations will continue to deepen cooperation and make use of advantages. While moving towards IPv6-Only, the first is to maintain continuous innovation and improve the IPv6 network value; The second is to actively expand the innovative application of IPv6 in the context of the Internet of Everything. The third is to create and improve new technical standards for the sustainable development of IPv6. Let us accelerate the global IPv6 scale deployment, and let IPv6 and the Internet benefit everyone. ”