BT and Toshiba have launched what they say is the world’s first “commercial trial” of a quantum-secured metro network (QSMN).

The QSMN infrastructure will be able to connect numerous customers across London, helping them to secure the transmission of valuable data and information between multiple physical locations over standard fiber optic links using quantum key distribution (QKD).

QKD is an important technology, playing a fundamental role in protecting networks and data against the emerging threat of cyber-attack using quantum computing. The London network represents a critical step towards reaching the UK government’s strategy to become a quantum-enabled economy 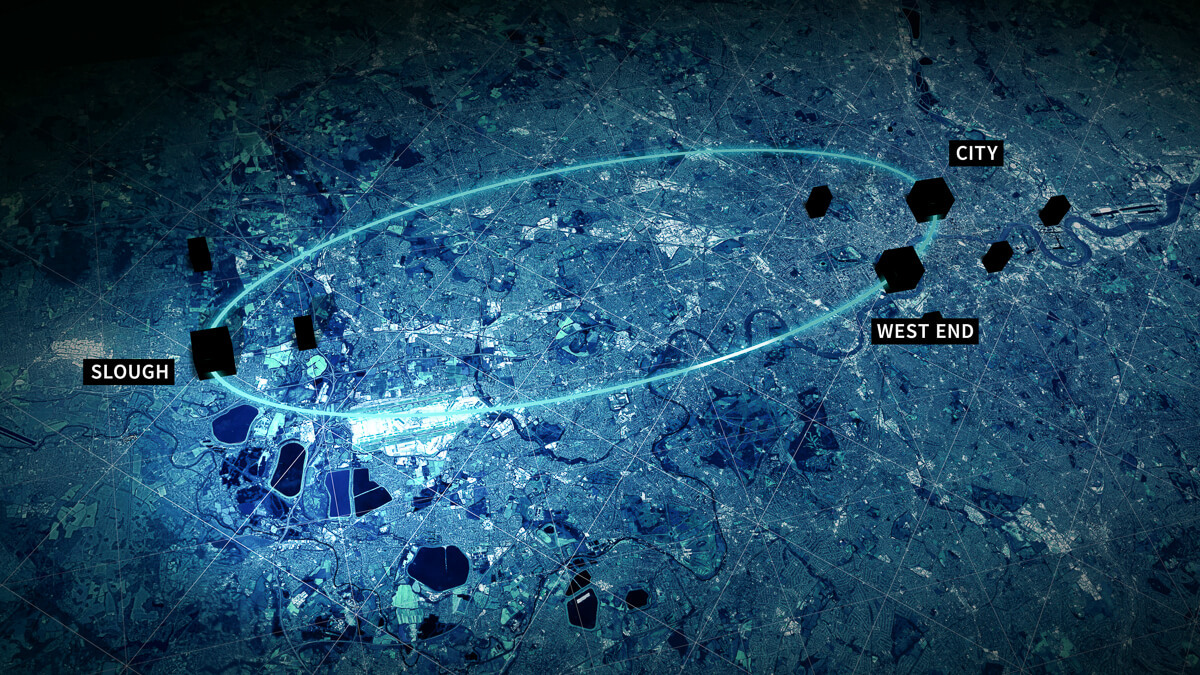 Financial services firm EY, the network’s first commercial customer,  will use the network to connect two of its sites in London, one in Canary Wharf, and one near London Bridge. It will demonstrate how data secured using QKD can move between sites and will showcase the benefits this network brings to its own customers.

BT is working with EY (a non paying customer) and others that want to try QSMN to work out which types of QKD services will be in demand and how the business case might pan out.  That initiative will likely be done over a three-year period,

“It’s also a commercial trial in the sense that, unlike many trials around, it is effectively integrated in and part of a national operator’s communications infrastructure. It is managed out of our national operations center at Adastral Park.”

BT and Toshiba announced their commitment to creating a trial network in October 2021. BT will operate the network, providing a range of quantum-secured services including dedicated high bandwidth end-to-end encrypted links, delivered over Openreach’s private fibre networks, while Toshiba will provide quantum key distribution hardware and key management software. In the network, QKD keys will be combined with the in-built ethernet security, based on public-key based encryption, which will enable the resultant keys to be used to encrypt the data.

Howard Watson, CTO, BT stated: “Quantum-enabled technologies are expected to have a profound impact on how society and business operates in the future, but they are remarkably complex to understand, develop and build: in particular, ensuring that the end-to-end service designs meet the stringent security requirements of the market. I’m incredibly proud that BT and Toshiba have successfully united to deliver this unique network, and with EY as our first trial customer, we are paving the way for further commercial explorations for quantum technologies and their use in commercial, and societal applications in the future.”

Shunsuke Okada, Corporate Senior Vice President and Chief Digital Officer of Toshiba commented: “Both Toshiba and BT have demonstrated world-class technology development and leadership through decades of innovation and operation. Combining BT’s leadership in networks technologies and Toshiba’s leadership in quantum technologies has brought this network to life, allowing businesses across London to benefit from quantum secured communications for the first time.”

Preparation, technical deployment and testing for the network commenced in late 2021. This included equipment deployment in racks, adding security systems and resilience testing, and finally running and optimising the network. While Tuesday 26th April marked the official launch of the network, it has been running since early April, and will operate for an initial period of up to three years.

Praveen Shankar, EY UK & Ireland Managing Partner for Technology, Media and Telecoms (TMT), commented: “Quantum technology creates new and significant opportunities for business, but presents potential risks. Quantum secure data transmission represents the next major leap forward in protecting data, an essential component of doing business in a digital economy. Our work with two of the world’s leading technology innovators will allow us to demonstrate the power of quantum to both EY and our clients.”

The UK Government’s “strategic intent” to develop a quantum-enabled economy was first published in 2020. It sets out a vision for the next 10 years in which quantum technologies will become an integral part of the UK’s digital backbone, unlock innovation to drive growth and help build a thriving and resilient economy, and contribute significant value to the UK’s prosperity and security.

The London network represents an important step to building a national network for quantum secured communications, which will stimulate the growth of a quantum ready economy in the UK.

Howard Watson continued: “This is a significant moment in the UK’s journey towards a quantum-enabled economy, but we’re not there yet. Further investment commitments will be required to broaden the study of quantum technologies that will contribute to this new economy, including quantum computing, quantum cryptography and quantum communications. We look forward to working with our government and industry partners to continue the momentum BT has started and shaping the UK’s quantum strategy.”

The technical collaboration for this network was conducted in BT’s Adastral Park labs in Suffolk, UK, and the Quantum technology Business Division of Toshiba, based in Tokyo, Japan and Cambridge, UK, where the quantum key distribution technology has been developed and is manufactured.

ADTRAN is positioning its acquisition of ADVA as building a complementary combination of assets that can better capitalize on what it sees as an unprecedented investment cycle in fiber. However, analysts argue that the new combined company would still be just a “niche player” in the market.

On Monday, ADTRAN wrote in an email to this author (and many others):

ADTRAN has entered into a business combination agreement with ADVA, a Germany-based global leader in business ethernet, metro WDM, Data Center Interconnect and network synchronization solutions, to combine our two companies.
We believe our combination will create many opportunities to better serve end-to-end fiber networking solutions spanning metro edge, aggregation, access and subscriber connectivity. Additionally, we anticipate that by utilizing our collective world-class R&D teams, we will be better positioned to accelerate innovation and offer differentiated solutions.
Going forward, it will be business as usual and all existing customer, partner and supplier relationships will remain intact. Until we receive all required regulatory approvals and close the transaction, ADVA and ADTRAN will continue to operate as separate companies. As we integrate the two companies, we will be focused on the best ways to offer our enhanced value proposition and partner with you.

Highlights of the Deal:

The two vendors produced a combined $1.2 billion in revenues last year. However, ADTRAN’s presentation in support of the deal showed that market heavyweights Nokia,  Ciena, and smaller player Infinera had much higher revenues over that same time period.

“It’s not going to reshape the optical networking industry,” John Lively, principal analyst at LightCounting, told SDxCentral about the deal. “ADTRAN and ADVA are going to improve their position in combination, [but] don’t really threaten the large players.”

“The challenges pressured by the global pandemic have clearly shown that fiber connectivity has become an essential foundation for the modern digital economy,” ADTRAN Chairman and CEO Thomas Stanton explained to investors about the deal. “This transformation will significantly increase the scale of the combined businesses, enhancing our ability to serve as a trusted supplier to our customers and worldwide.”

Stanton added that “our combination will make us one of the largest western suppliers for the markets we serve. Our greater size will increase cross-selling opportunities to existing customers, accelerating our combined growth, and allowing us to further penetrate our target markets.”

Although ADTRAN will remain a mid-tier player after the deal closes, LightCounting’s Lively and Dell’Oro Group VP Jimmy Yu both think in general, “it’s a good move.”

Yu noted that industry mergers can destroy value if too many products and workforces overlap. But in this case, ADTRAN and ADVA are from adjacent markets of fixed access and optical layer, and both sides will help each other grow the product line, so “it seems like a complementary combined company that’s going to come out of this,” he added.

Jimmy had this general comment on optical network trends:

“Disaggregated DWDM systems outperformed the broader market, demonstrating the growing adoption of this platform type.  Really what we see is that this type of platform architecture, where transponder units are independent of the line systems, is being more widely embraced beyond the Internet content providers. Also, it is no longer just for metro applications. Recently, the highest growth rates have been from long-haul applications,”

Lively noted that there is almost no overlap in the product line, and “for the networks, the two companies logically fit together [as] ADTRAN makes access to equipment and ADVA makes the gear that connects the access equipment to the core.”

“So if you are a smaller service provider, and you want to upgrade to 10 Gb/s internet service for your customers, you could potentially buy everything you need from the new ADTRAN, from the passive optical networking, all the way through to connect to the core,” he said.

Yu also mentioned that the deal will help increase the scale and diversity in products as ADTRAN will be able to offer access and a backhaul solution, especially in tier-two and tier-three markets where most service providers want to work with one solution company instead of multiple vendors.

“2022 should be positive for sales,” argued the analysts at WestPark Capital in a note to investors earlier this month, following the release of Adtran’s second quarter results.

The WestPark Capital analysts pointed out that ADTRAN stands to gain ground in part from government broadband funding, as well as moves by some American and European network operators away from China’s Huawei.

The Raymond James analysts concurred on the Huawei opportunity. “We believe that the Huawei backlash outside of China presents among the largest opportunities,” they wrote on Monday.

The combined company will maintain ADTRAN’s global headquarters in Huntsville, Alabama. It will maintain ADVA’s headquarters in Munich, Germany, as its European base. Currently, ADTRAN has a geographical revenue split of 74% in the Americas, 21% in Europe, the Middle East, and Africa, and 5% in Asia Pacific, while ADVA is split 62% in EMEA, 29% in the Americas, and 9% in Asia Pacific, according to Stanton.

The deal expands ADVA’s presence in North America and ADTRAN’s ability to reach the European market more effectively, Lively said.  One of the drivers for this combination is “we see our customers making significant capital investments to transition their supply chains to trusted vendors with our roots in the U.S. and Germany, our company will be viewed favorably by customers who increasingly specify Western vendors,” Stanton explained.

“It’s kind of a race to build out their digital infrastructure to make the country competitive,” which presents a real opportunity for the new ADTRAN and also its competitors, Lively added.