At its Orange Network Fashion Week 2021 event, Orange España announced the commercial deployment of 10 Gbps fiber broadband service in five cities in Spain.  The new service uses XGS-PON technology, provides symmetric rates (for both upstream and downstream) and will be available to both residential users and businesses in Madrid, Barcelona, Seville, Valencia and Zaragoza.  The telco forecasts that 10Gbps XGS-PON will reach all of Spain, but no timeframe has been set for that. 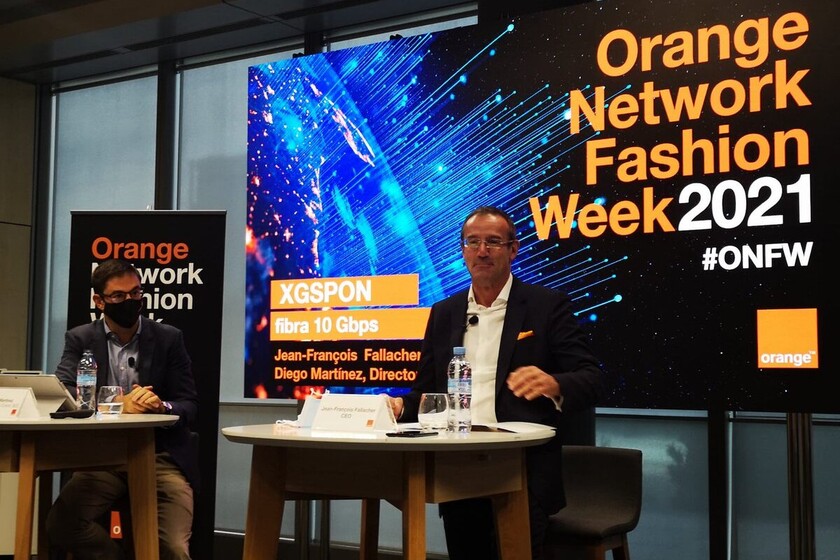 Orange has that with this fiber speed, and by combining its technology with WiFi 6, it will be possible to increase the performance of the internal equipment of the home both for teleworking and for playing online or watching 4K content on television.
To access this new network customers will need to change the router, which is one of the main impediments for the deployment to be more massive or faster.

Orange’s new 10Gbps fiber access will be at Love Total Plus and Love Total Plus 4 rates for residential customers, and at Love Empresa 3 and 5 rates for freelancers and small businesses. Adopting this speed will mean an increase of 10 euros /month on the price of the same.

In the 10Gbps offered by Digi, only 8Gbps was obtained, and it is expected that in the case of Orange it might be similar.  It remains to be seen, what actual performance it offers.