On February 26, 2021, Internet2 deployed its first 800 Gbps single-carrier optical circuit between Phoenix and Tucson, AZ as part of its Next Generation Infrastructure (NGI) program.

This milestone marks the first 800G native link to be deployed by a U.S. research and education network.   The optical circuit leverages a 102 Ghz carrier generated by a single Ciena Waveserver 5 transponder at each endpoint. 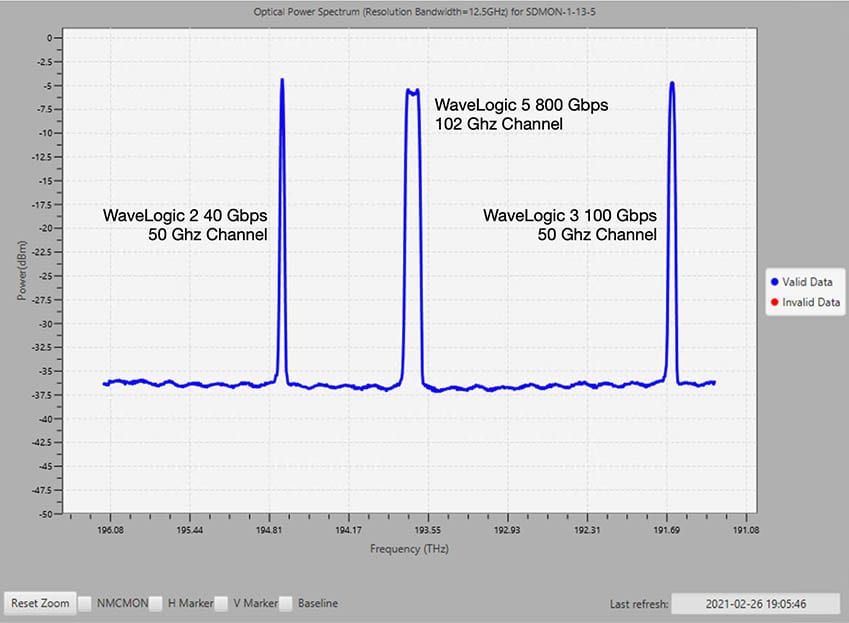 On February 25, 2021, the Internet2 project team completed the upgrade of all Reconfigurable Optical Add-Drop Multiplexers (ROADMs) to flex spectrum on all east-west long-haul routes nationwide. Additionally, the majority of the optical fiber was upgraded from LEAF to SMF28 to better match the coherent transmission technologies being used to convey the new 800 Gbps optical link. 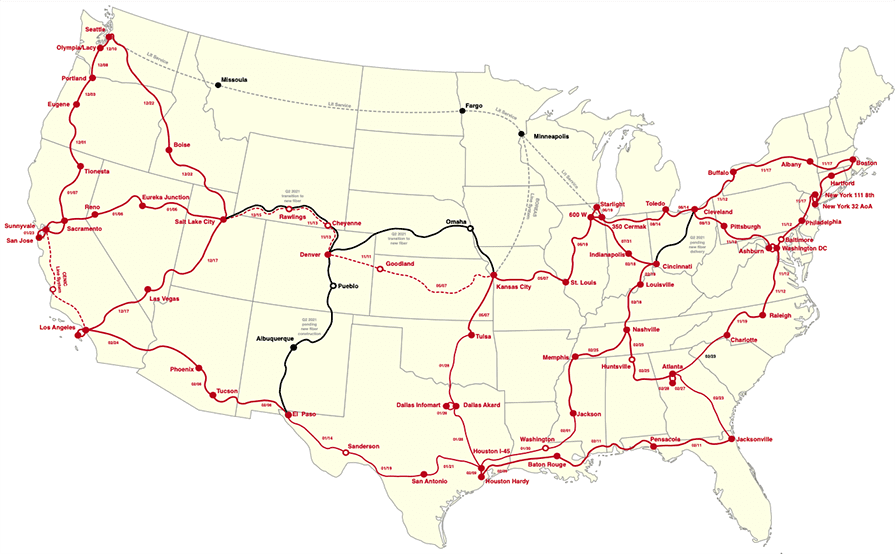 Internet2 plans to rapidly expand its 400G and 800G transmission capabilities along these newly flex-grid enabled routes; more link capacity will come online as our phase 2 hardware deployment team (GDT) continues to move across the country. The Internet2 team is deploying the Cisco 8200 and Ciena Waveserver 5 platform. Completion is targeted for the end of this month (March 2021).

The successful deployment of this initial 800 Gbps optical link is the culmination of thousands of hours of effort from both the Internet2 community and teams in many organizations, including Internet2, GlobalNOC at Indiana University, Ciena, Lumen, and GDT.

Just two weeks ago, Telefonica said it had trialed an 800 Gbps optical link, using Huawei and Nokia network equipment.  However, there are no 800 Gps links in any commercial production network, as far as we can determine.