Several analysts believe the increased availability of Giga bit/sec FTTP (fiber to the premise) service offerings (with flat rates) could force cablecos to rethink their pricing strategy.  For example,  Jonathan Chaplin of New Street Research stated in a note to clients that cable’s promotional pricing is generally competitive with fiber offers. The problem, however, is that cable service ends up costing consumers significantly more than fiber based broadband access once those introductory rates disappear. “We have hypothesized for a couple of years that 1) Cable’s pricing strategy contributes to high churn and low NPS scores and 2) that it is unsustainable.  We don’t think Cable has to cut price to remain competitive; we suspect they do have to fix the pricing model.”

Recon Analytics founder Roger Entner agreed, telling Fierce Telecom his research has shown price is the number one reason people join or leave a service provider. While consumers find promotional pricing very attractive, they’re generally unhappy when their promotions end. “So, for the cable companies, it’s both a gross addition driver and a churn driver as well,” he explained.  While cable’s pricing strategy worked well when there was no competition to offer similar broadband speeds or features, that is now changing as fiber is becoming more broadly available, Entner said.

Indeed, fiber based telcos are already seizing on the opportunity to lure customers in with the promise of more simplistic pricing. For instance, AT&T used its recent launch of multi-gig fiber broadband plans as an opportunity to introduce new “straightforward” pricing which promises a flat rate with equipment and other fees included.

Speaking on an episode of Entner’s podcast, AT&T’s EVP and GM of Broadband Rick Welday stated there is “significant” demand in the market for simple pricing.  “It’s obvious that consumers are done with this intro pricing where you see a fun, attractive, low rate advertised on television, you go sign up with that ISP and then 12 months later your rate jacks up considerably. Frankly, this is the model that cable has chosen. It seems to align with their video business and annual increases in carriage fees,” he said. Welday argued AT&T’s new cost model is a “game changer in terms of an ISP really obsessing over how to be transparent and upfront with the market.”

Chaplin said a shift by cable to the flat pricing model fiber players use might “weigh on gross adds initially.” However, he predicted net additions would ultimately “land in a similar place” over the course of a couple years while reduced churn would yield “lower costs and higher margins.”

Despite the potential benefits, Entner said he doesn’t expect cable to change its approach right away. “The system is still working and so you have a lot of inertia in the system. Only when cable is actually losing customers will this change,” he concluded. 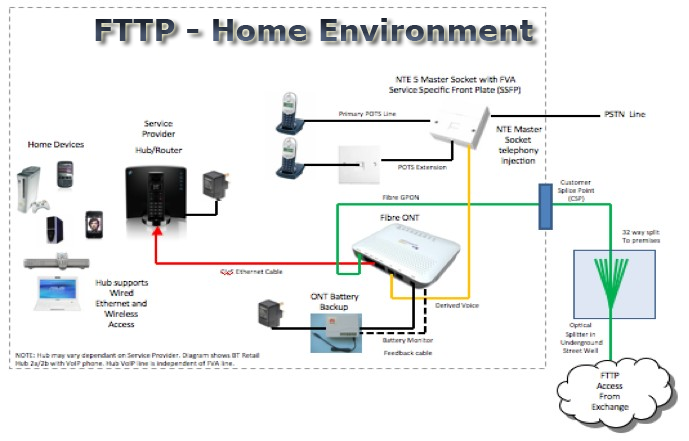 In addition, cablecos are planning FTTP deployments in the near future.  I’ve heard that directly from an anonymous Comcast executive who told me to look out for their upcoming 10G bit/sec service.

We previously reported that a Cable One joint venture (JV) with three private equity firms is seeking to speed its expansion of fiber based Internet access to underserved markets. Clearwave Fiber is a newly formed joint venture that holds Clearwave Communications and certain fiber assets of Hargray Communications. Cravath is representing Cable One in connection with the transaction. With the formation of the JV, Clearwave Fiber intends to invest heavily in bringing Fiber-to-the-Premise (“FTTP”) service to residential and business customers across its existing footprint and near-adjacent areas.

Meanwhile, CableLabs has developed technologies that fall under the platform’s key tenets including capacity, security and speed.  Increasing the number of bits per second that are delivered to subscribers can improve download and upload speed, a primary objective for the 10G platform. As data demands increase, many operators are considering increasing capacity on the existing optical access network.