Small and regional carriers are taking different approaches to 5G and fixed wireless, said Eric Boudriau, Ericsson North America head-customer unit regional carriers, at the Competitive Carriers Association (CCA) [1.] conference on September 28th in Portland, OR. “Everybody starts from a different position,” he said. Fixed wireless is “really, really accelerating” in the U.S. and internationally, he said. Other executives stressed the importance of addressing federal infrastructure rules to better fund wireless.  The discussion was streamed live from Portland, Oregon.

Note 1. CCA was founded in 1992 by nine rural and regional wireless carriers as a carrier centric organization. Since its founding, CCA has grown to become the nation’s leading association for competitive wireless providers serving all areas of the United States. 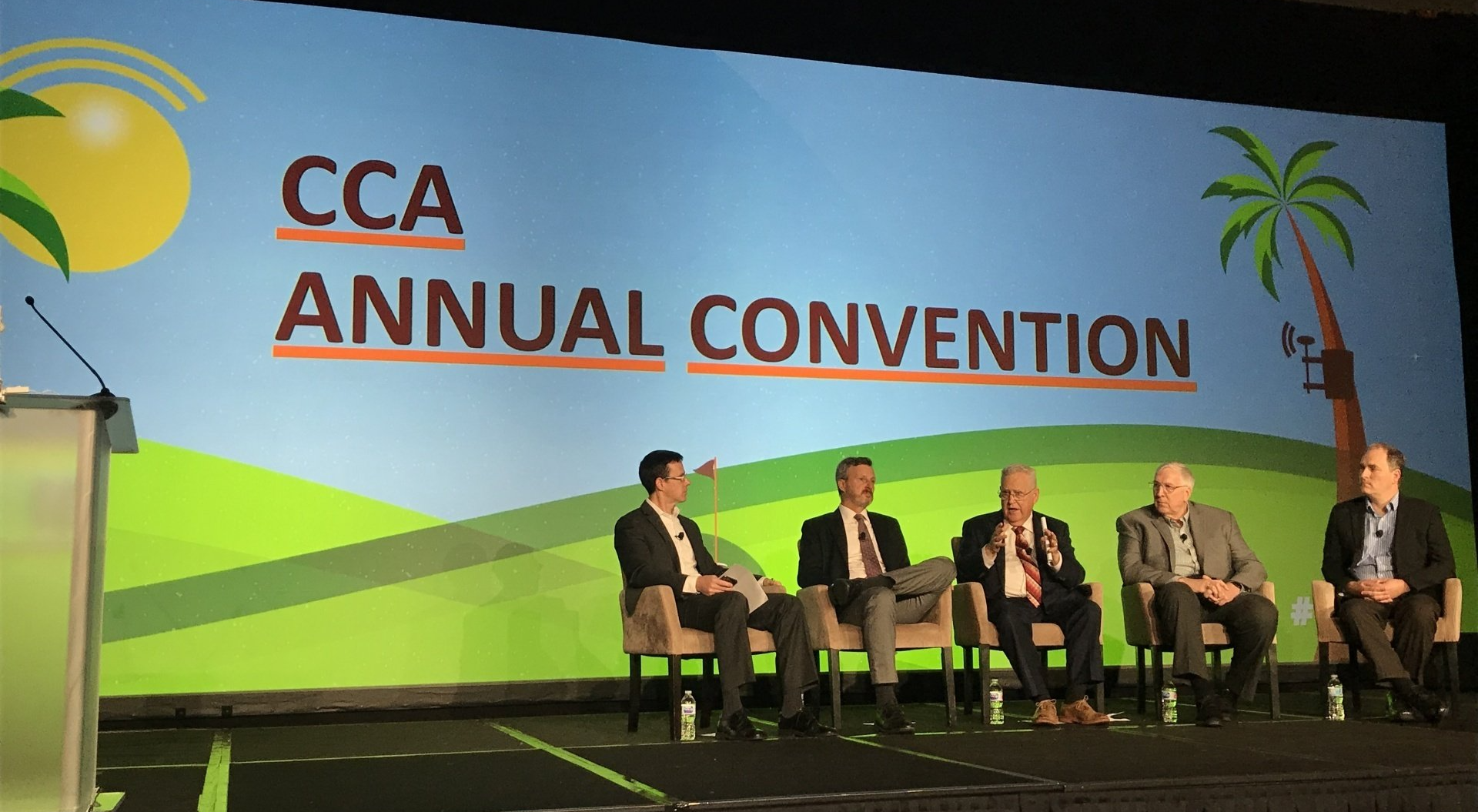 Alaska’s GCI deployed 5G in its first market in the spring of 2020, in the middle of the COVID-19 pandemic, said John Myhre, vice president-wireless technology. “We’ve done very well,” he said. “We are continuing to roll out 5G as we roll through different markets.” GCI hasn’t decided what spectrum bands it will use for a fixed-wireless offering, Myhre said. “As a fixed and mobile provider, we have options,” he said. “It’s making sure that we fit the market and the requirement against the technology, not try to force it.  In Alaska, everything is just really big. Any project that we do is a big project.” GCI is laying fiber to reach the Aleutian Islands, he noted, in a $58 million project requiring more than 800 miles of undersea cable to reach rural markets.

“We are actively looking at fixed (wireless),” with trials to start in the next 18 months, he said. Wisconsin-based Cellcom launched 5G in February, said CEO Brighid Riordan. The carrier is deploying some fixed wireless using 4G and citizens broadband radio service spectrum and has found the roll out challenging, she said. “We love our trees in Wisconsin, we love the lakes,” she said. “When there’s a valley, when there are trees, it provides a challenge,” she said. Small carriers need government funding to reach some markets, Riordan said. “If it were easy to provide broadband to every rural person in America, it would already be done,” she said: “There’s not necessarily a business case for these very rural customers.”

UScellular is still deploying 5G, market-by-market, said Rebecca Thompson, vice president-government affairs. The carrier started with high-band, she said. “As we get access to some more of our mid-band spectrum we’ll have a much more robust 5G product in the future,” she said. When the provider will get some of its licenses remains to be determined. “There’s some clearing and coordination … and we will still have to actually get the licenses for some of that spectrum,” she said. Mid-band “has proven to really help with geographic reach in a cost effective way” and “is really critical to deploy in rural areas,”  The “good news” is fixed wireless is “mature — it’s ready, it’s reliable, it’s offering speeds that people want at home,” Thompson said. It shouldn’t be a foregone conclusion” that the NTIA’s broadband, equity, access and deployment program won’t fund fixed wireless, she added.

UScellular wants to see “less of the thumb on the scale” favoring fiber, she said. Federal funds so far are biased toward fiber and the wireless industry has to fight for more neutral rules for making awards, Boudriau said. Fixed wireless may see the most deployment “where the government isn’t involved,” Myhre said: “We have areas where we may not get funding, but we still have a need.”

CTIA President Meredith Baker said Wednesday at the start of the Mobile World Congress in Las Vegas. “We’re here to talk about what 5G is,” she said: “5G is innovation. 5G is competition, and most importantly, 5G is here.”

Baker said the wireless industry needs “the right policies” from the government. “Take C band as proof,” she said. “Turning on a portion of that spectrum saw speeds increase up to 50%, and that was 100 MHz. Imagine what 150 or 200 more could do. Well, we shouldn’t have to imagine. … We need more mid-band — licensed mid-band in large contiguous blocks.” The wireless industry also needs Congress to extend the FCC’s auction authority, set to expire Friday, and designate more bands for auction, she said.

More than 300 million AT&T customers are covered by 5G, all of the company’s major handsets support the new generation of wireless “and we’ve got business models being created,” said David Christopher, executive vice president-business development and strategic alliances. “But it is early days,” he said. Christopher spoke with Recon Analytics’ Roger Entner.

“We’re two years in,” Entner responded: “At this point in the 4G period we still thought that sending pictures was the killer app for 4G. We were wrong.” Deploying a new G “is not a 100-meter dash,” he said. “This will take years.”

“There’s a very good chance that we don’t know what the killer app for 5G is,” Christopher said. Augmented reality and the massive IoT will  be important. The median speeds of 5G are already four times that of 4G two years ago, he said: “Latency is a stickier wicket. … It’s something that will certainly get better.” In some cases, better speed is “masking” the need for improved latency, he said.