Note 1. SONs (Self-Organizing Networks) are radio access networks (RANs) that automatically plan, configure, manage, optimize, and heal themselves.  SONs can offer automated functions such as self-configuration, self-optimization, self-healing, and self-protection.technology minimizes the lifecycle cost of running a mobile network by eliminating manual configuration of network elements at the time of deployment right through to dynamic optimization and troubleshooting during operation. Besides improving network performance and customer experience, SON can significantly reduce the cost of mobile operator services, improving the OpEx-to-revenue ratio and deferring avoidable CapEx.  SONs strive to make complicated network administration a thing of the past by enabling the creation of a plug-and-play environment for both simple and complex network tasks.

Early adopters of SON have already witnessed a multitude of benefits in the form of accelerated 5G NR and 4G LTE RAN (Radio Access Network) rollout times, simplified network upgrades, fewer dropped calls, improved call setup success rates, higher end user throughput, alleviation of congestion during special events, increased subscriber satisfaction and loyalty, operational efficiencies such as energy and cost savings, and freeing up radio engineers from repetitive manual tasks.
Although SON was originally developed as an operational approach to streamline and automate cellular RAN deployment and optimization, mobile operators and vendors are increasingly focusing on integrating new capabilities such as self-protection against digital security threats and self-learning through AI (Artificial Intelligence) techniques, as well as extending the scope of SON beyond the RAN to include both mobile core and transport network segments – which will be critical to address 5G requirements such as end-to-end network slicing.
In addition, with the cellular industry’s ongoing shift towards open interfaces, virtualization and software-driven networking, the SON ecosystem is progressively transitioning from the traditional D-SON (Distributed SON) and C-SON (Centralized SON) approach to open standards-based components supporting RAN programmability for advanced automation and intelligent control.
The surging popularity of innovative Open RAN and vRAN (Virtualized RAN) architectures has reignited the traditionally niche and proprietary product-driven SON market with a host of open standards-compliant RIC (RAN Intelligent Controller), xApp and rApp offerings, which are capable of supporting both near real-time D-SON and non real-time C-SON capabilities for RAN automation and optimization needs. A growing number of field trials of RIC, xApps and rApps are underway across North America, Europe and Asia.
North America

The report comes with an associated Excel datasheet suite covering quantitative data from all numeric forecasts presented in the report.

The report will be of value to current and future potential investors into the SON and wider mobile network optimization market, as well as SON-x/rApp specialists, OSS and RIC platform providers, wireless network infrastructure suppliers, mobile operators and other ecosystem players who wish to broaden their knowledge of the ecosystem.

For a sample of the report please contact:   [email protected]

About SNS Telecom & IT:
Part of the SNS Worldwide group, SNS Telecom & IT is a global market intelligence and consulting firm with a primary focus on the telecommunications and information technology industries. Developed by in-house subject matter experts, our market intelligence and research reports provide unique insights on both established and emerging technologies. Our areas of coverage include but are not limited to 5G, LTE, Open RAN, private cellular networks, IoT (Internet of Things), critical communications, big data, smart cities, smart homes, consumer electronics, wearable technologies, and vertical applications.

SNS Telecom: U.S. Network Operators will reap $1B from fixed wireless by late 2019

The FCC today approved Facebook’s application to test a 5G small cell network across a wide range of mid-band spectrum bands (see below) at its Menlo Park, California headquarters.

The experiment involves short-term testing of a 5G over-the-air setup for an outdoor demonstration that is not likely to last more than six months, making an STA (Special Temporary Authority) more appropriate than a conventional experimental license.

The purpose of operation is to demonstrate the self-organizing network (“SON”) features in a 5G over-the-air setup operating in a small cell configuration. Lab testing does not allow feature realization. The outdoor test setup aims at validating the improvements done to 5G cellular networks.

(1) Load balancing between the cells in an attempt to optimize the resource utilization, reduce call drops, and create a better user experience by means of improved quality of service; and

Facebook did not name the network equipment suppliers for this test nor did they state why they needed to perform these tests.  The only hint given was  to test “self-organizing network (“SON”) features in a 5G over-the-air setup operating in a small cell configuration.”

The company does have some recent experience designing and deploying millimeter wave wireless distribution networks (based on Terragraph) which could be combined with a 5G access network. 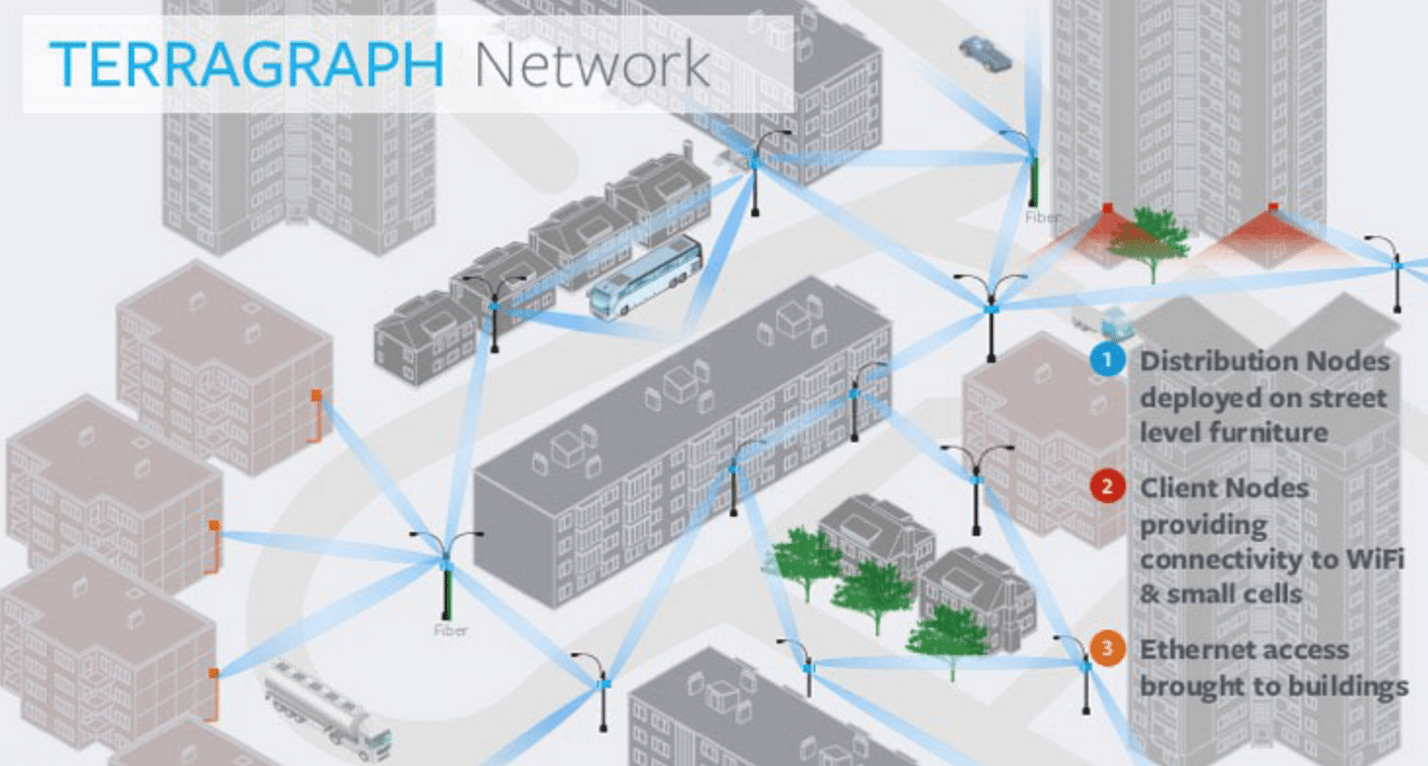