SpaceX subsidiary Starlink is planning to explore collaboration with telecom companies in India to expand broadband internet services in the country with a focus on rural areas, a top company official said on Friday.  Starlink Country Director India Sanjay Bhargava told that discussions with broadband service providers will start once the 12 Phase-1 aspirational districts are identified by the Niti Aayog and the company will see the interest levels of the various players and the USOF (universal service obligation fund).

“I am hoping that we will get a time-bound 100 per cent broadband plan that can serve as a model for other districts but the devil is in the details and there may be many good reasons why one or more broadband providers do not want to collaborate, though to me that seems unlikely,” Bhargava said.

Starlink claims to have received over 5,000 pre-orders from India. The company is charging a deposit of $99 or Rs 7,350 per customer and claims to deliver data speeds in the range of 50-150 megabits per second in the beta stage.

Bhargava had earlier announced that the company will focus on 10 rural Lok Sabha constituencies to provide internet services for 80 per cent of the Starlink terminals shipped to India. “At Starlink, we can roll out fast if we have licensing approval and…the Starlink’s could move to other remote areas,” Bhargava said.  In a social media post, Bhargava said the company wants to collaborate with all. “We want to collaborate with all and have others besides us licensed to provide satellite broadband so that satellite plus terrestrial together can provide 100 per cent broadband, especially in rural districts,” he said.  There have been some reports of Starlink considering manufacturing of terminals to provide satellite broadband services in India, but Bhargava said the company is not actively thinking about making terminals for broadband locally. 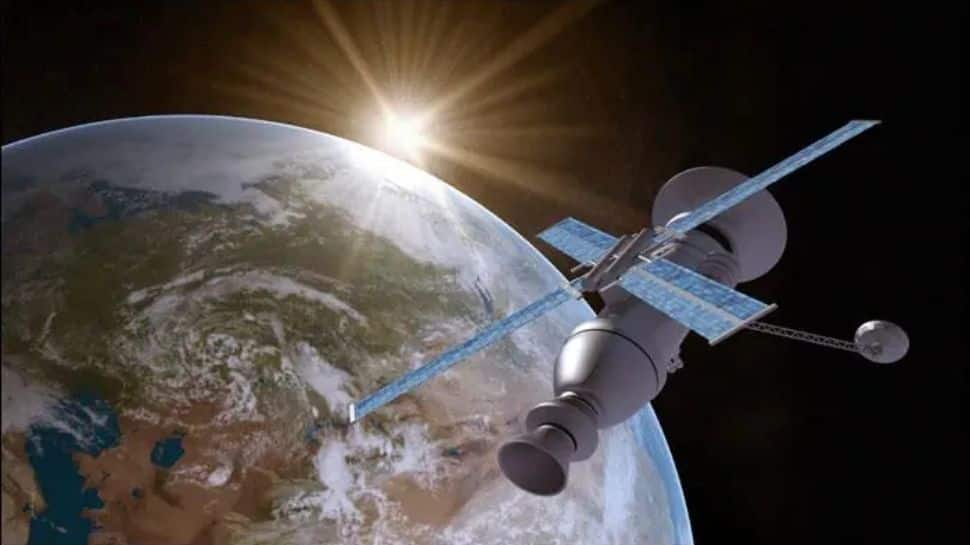 Tech billionaire Elon Musk has said on Twitter that his aerospace company SpaceX may soon launch satellite-based internet service Starlink in India. Musk responded to a Twitter post that the company is exploring how the regulatory approval process in the country will work for Starlink.  Musk said, “The regulatory approval process is being explored.”

Starlink recently shipped 100,000 terminals to customers. The objective of this project is to provide global broadband connectivity through a cluster of satellites. SpaceX began satellite launches in November 2019 and opened its $99 (Rs 7,223) per month beta program to select customers about a year later.

starlink plans: Jio-Airtel Vacation! Musk’s internet service is about to be launched, beta users are paying this much for the month – Elon musk has stated on twitter that his satellite based internet service starlink soon in india soon

On Thursday the FCC gave formal approval to a plan by SpaceX to build a global broadband satellite network using low-Earth orbit satellites.  The FCC order approving SpaceX’s application came with some conditions, like avoiding collisions with orbital debris in space.  Some of the other conditions imposed by the FCC relate to signal power levels and preventing interference with other communications systems in various frequency bands.

SpaceX intends to start launching operational satellites as early as 2019, with the goal of reaching the full capacity of 4,425 satellites in 2024. The FCC approval just requires SpaceX to launch 50 percent of the satellites by March 2024, and all of them by March 2027.  SpaceX has been granted authority to use frequencies in the Ka (20/30 GHz) and Ku (11/14 GHz) bands.

“This is the first approval of a U.S.-licensed satellite constellation to provide broadband services using a new generation of low-Earth orbit satellite technologies,” the Federal Communications Commission said in a statement.

The Federal Aviation Administration said on Wednesday that SpaceX plans to launch a Falcon 9 rocket on April 2 at Cape Canaveral, Florida. “The rocket will carry a communications satellite,” the FAA said.

FCC Chairman Ajit Pai in February had endorsed the SpaceX effort, saying: “Satellite technology can help reach Americans who live in rural or hard-to-serve places where fiber optic cables and cell towers do not reach.”

FCC Commissioner Jessica Rosenworcel, a Democrat, said on Thursday that the agency needs “to prepare for the proliferation of satellites in our higher altitudes.”  She highlighted the issue of orbital debris and said the FCC “must coordinate more closely with other federal actors to figure out what our national policies are for this jumble of new space activity.” 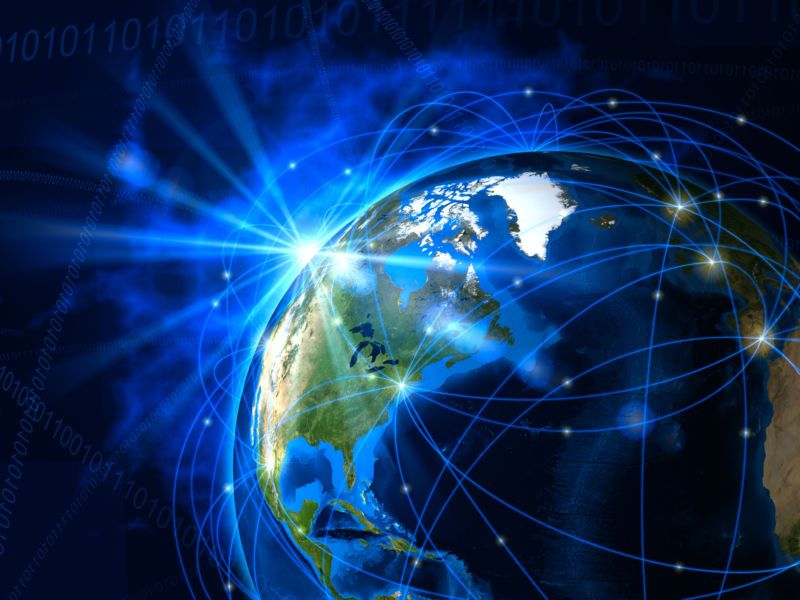 SpaceX’s network (known as “Starlink”) will need separate approval from the International Telecommunication Union (ITU). The FCC said its approval is conditioned on “SpaceX receiving a favorable or ‘qualified favorable’ rating of its EPFD [equivalent power flux-density limits] demonstration by the ITU prior to initiation of service.” SpaceX will also have to follow other ITU rules.

Like other operators, SpaceX will have to comply with FCC spectrum-sharing requirements. Outside the US, coexistence between SpaceX operations and other companies’ systems “are governed only by the ITU Radio Regulations as well as the regulations of the country where the earth station is located,” the FCC said.

SpaceX and several other companies are planning satellite broadband networks with much higher speeds and much lower latencies than existing satellite Internet services. SpaceX satellites are planned to orbit at altitudes of 1,110km to 1,325km, whereas the existing HughesNet satellite network has an altitude of about 35,400km.

SpaceX has said it will offer speeds of up to a gigabit per second, with latencies between 25ms and 35ms. Those latencies would make SpaceX’s service comparable to cable and fiber, while existing satellite broadband services have latencies of 600ms or more, according to FCC measurements.

“SpaceX states that once fully deployed, the SpaceX system… will provide full-time coverage to virtually the entire planet,” the FCC order said.

The FCC previously approved requests from OneWeb, Space Norway, and Telesat to offer broadband in the US from low-Earth orbit satellites. SpaceX is the first US-based operator to get FCC approval for such a system, the FCC said in an announcement.

“These approvals are the first of their kind for a new generation of large, non-geostationary satellite orbit [NGSO], fixed-satellite service [FSS] systems, and the Commission continues to process other, similar requests,” the FCC said.

SpaceX launched the first demonstration satellites for its broadband project last month. In addition to the 4,425 satellites approved by the FCC, SpaceX has also proposed an additional 7,500 satellites operating even closer to the ground, saying that this will boost capacity and reduce latency in heavily populated areas. It’s not clear when those satellites will launch.

FCC approval of SpaceX’s application was unanimous. But the commission still has work to do in preventing all the new satellites from crashing into each other, FCC Commissioner Jessica Rosenworcel said.

“The FCC has to tackle the growing challenge posed by orbital debris. Today, the risk of debris-generating collisions is reasonably low,” Rosenworcel said. “But they’ve already happened—and as more actors participate in the space industry and as more satellites of smaller size that are harder to track are launched, the frequency of these accidents is bound to increase. Unchecked, growing debris in orbit could make some regions of space unusable for decades to come. That is why we need to develop a comprehensive policy to mitigate collision risks and ensure space sustainability.”

FCC rules on satellite operations were originally “designed for a time when going to space was astronomically expensive and limited to the prowess of our political superpowers,” Rosenworcel said. “No one imagined commercial tourism taking hold, no one believed crowd-funded satellites were possible, and no one could have conceived of the sheer popularity of space entrepreneurship.”

SpaceX still needs to provide an updated debris prevention plan as part of a condition the FCC imposed on its approval.

Although we appreciate the level of detail and analysis that SpaceX has provided for its orbital debris mitigation and end-of-life disposal plans, we agree with NASA that the unprecedented number of satellites proposed by SpaceX and the other NGSO FSS systems in this processing round will necessitate a further assessment of the appropriate reliability standards of these spacecraft, as well as the reliability of these systems’ methods for de-orbiting the spacecraft. Pending further study, it would be premature to grant SpaceX’s application based on its current orbital debris mitigation plan. Accordingly, we believe it is appropriate to condition grant of SpaceX’s application on the Commission’s approval of an updated description of the orbital debris mitigation plans for its system.

The approval of SpaceX’s application is conditioned on the outcome of future FCC rulemaking proceedings, so SpaceX would have to follow any new orbital debris rules passed by the FCC. We detailed the potential space debris problem in a previous article. Today, there are more than 1,700 operational satellites orbiting the Earth, among more than 4,600 overall, including those that are no longer operating.

SpaceX’s plan alone would nearly double the total number of orbiting satellites. SpaceX told the FCC that it has plans “for the orderly de-orbit of satellites nearing the end of their useful lives (roughly five to seven years) at a rate far faster than is required under international standards.”

SpaceX’s application drew opposition from other satellite operators, who raised concerns about interference with other systems and debris. The FCC dismissed some of the complaints. For example, OneWeb wanted an unreasonably large buffer zone between its own satellites and SpaceX’s, the FCC said:

[T]he scope of OneWeb’s request is unclear and could be interpreted to request a buffer zone that spans altitudes between 1,015 and 1,385 kilometers. Imposition of such a zone could effectively preclude the proposed operation of SpaceX’s system, and OneWeb has not provided legal or technical justification for a buffer zone of this size. While we are concerned about the risk of collisions between the space stations of NGSO systems operating at similar orbital altitudes, we think that these concerns are best addressed in the first instance through inter-operator coordination.

If operators fail to agree on a coordination plan in the future, “the Commission may intervene as appropriate,” the FCC said.