In the absence of ITU-T standards or 3GPP implementation specs (beyond architecture and functional requirements) for 5G SA core network or the ultra hyped 5G functions that go with it (e.g. network slicing, automation, service chaining, etc), the Rakuten Mobile-NEC containerized 5G SA core network is a very important development.

We documented that in this IEEE Techblog post.  Rakuten has said they plan to sell their RCS platform (which includes 5G SA core network spec and software) to 5G SA network providers. They say they already have at least 15 customers.

According to Dave Bolan of Dell’Oro Group, most 5G SA networks will be based on containers (rather then virtualized network functions/VNF).

Many analysts say that containerized UPF performance is needed to maximize the value of 5G deployment. This is because the control plane (C-plane) and user plane (U-plane), which were historically collocated, are completely decoupled in this disaggregated 5G architecture. Separating them enables an independently scalable UPF which is key to private networks, edge computing, hybrid cloud and to accelerate a variety of deployment scenarios. Rakuten Mobile has adopted 5G architecture from the launch of its network, including a CUPS (Control and User Plane Separated) packet core for its 4G LTE network.

TelecomTV says that control and data plane separation enables the 5G network operator to deploy multiple UPF instances closer to where the traffic originates, rather than at fixed locations in the network. The result is lower latency and a better user experience. It also means UPF instances can be turned on and off as capacity demand dictates, enabling operators to dynamically allocate network resources.

The 640 Gbps performance per server for the containerized UPF on the 5G SA core network was achieved in a laboratory environment in Tokyo. This represents a significant opportunity to drive high performance of the commercial network in the future.

NEC says it leveraged its industry-leading product development based on its advanced telecom and IT expertise to maximize CPU utilization and fast memory access. That software was facilitated by use of Intel’s latest high-performance infrastructure, including 3rd Gen Intel Xeon Scalable processors with built-in AI acceleration and Dual-port 100Gb Intel Ethernet Network Adapter E810-2CQDA2 with Dynamic Device Personalization (DDP).

Rakuten Mobile, Intel and NEC have collaborated on high-speed processing of containerized UPF, which plays a significant role in this initiative, and achieved a performance of 640 Gbps per server. High-speed processing in a containerized environment on Rakuten Mobile’s RCP enables instant and flexible deployment of UPF from edge to central locations based on traffic characteristics, leveraging RCP’s full automation features.

“Rakuten Mobile has successfully designed and built a fully containerized mobile network based on open standards,” commented Tareq Amin, Representative Director, Executive Vice President and CTO of Rakuten Mobile. “With NEC and Intel, we have demonstrated that extremely high-speed processing is possible on containers. We aim to continue to pursue performance improvements in the core to achieve higher throughput and reduce cost and energy consumption in the rollout of network technology in Japan and worldwide.”

“We’re proud that Rakuten Mobile, Intel and NEC were able to demonstrate industry-leading UPF performance,” commented NEC Executive Vice President Atsuo Kawamura. “NEC has been developing high-performance and highly reliable 5G systems by leveraging our vast experience that includes more than 25 years in mobile core networking. Our strong track record, technical capabilities and expertise in both network and computing domains, allowed us to bring high-quality 5G core to virtualization and cloud-native technology. NEC and Intel have a long-term relationship in the hardware business, including CPUs and NICs (Network Interface Cards), and have jointly enhanced the acceleration technology for virtualization, represented by the DPDK (Data Plane Development Kit). NEC performed significant optimization and improvements to pursue higher performance for the cloud-native UPF. In the future, we will continue to contribute to society through 5G in Japan and around the world leveraging the results of this project.”

“The fully virtualized Rakuten mobile network featuring NEC’s containerized 5G UPF software built on the latest Intel technology is another key proof point of how ecosystem collaboration and industry leading technology are both essential to fulfill the promise of 5G,” said Dan Rodriguez, corporate vice president and general manager of Intel’s Network Platforms Group. “The ongoing development and optimization work among the companies on the latest 3rd Gen Intel Xeon Scalable processors and Intel Ethernet 800 Series network adapters not only provides outstanding performance, but the added flexibility to run workloads from core to edge that are designed to offer the best experience for end users.”

In the RAN domain, NEC is also providing 5G radio units (5G RU) for Rakuten Mobile’s network in Japan, and recently, Rakuten Mobile and NEC announced the broadening of their collaboration to provide 5G and 4G radios and engineering services for Open RAN systems aligned with O-RAN specifications for global markets, and accelerate the global expansion of the RCP.

Through the joint development of the open and fully cloud native containerized SA 5G core network, Rakuten Mobile and NEC aim to drive innovation in global mobile technology and provide high-quality 5G network technology to customers in Japan and around the world. 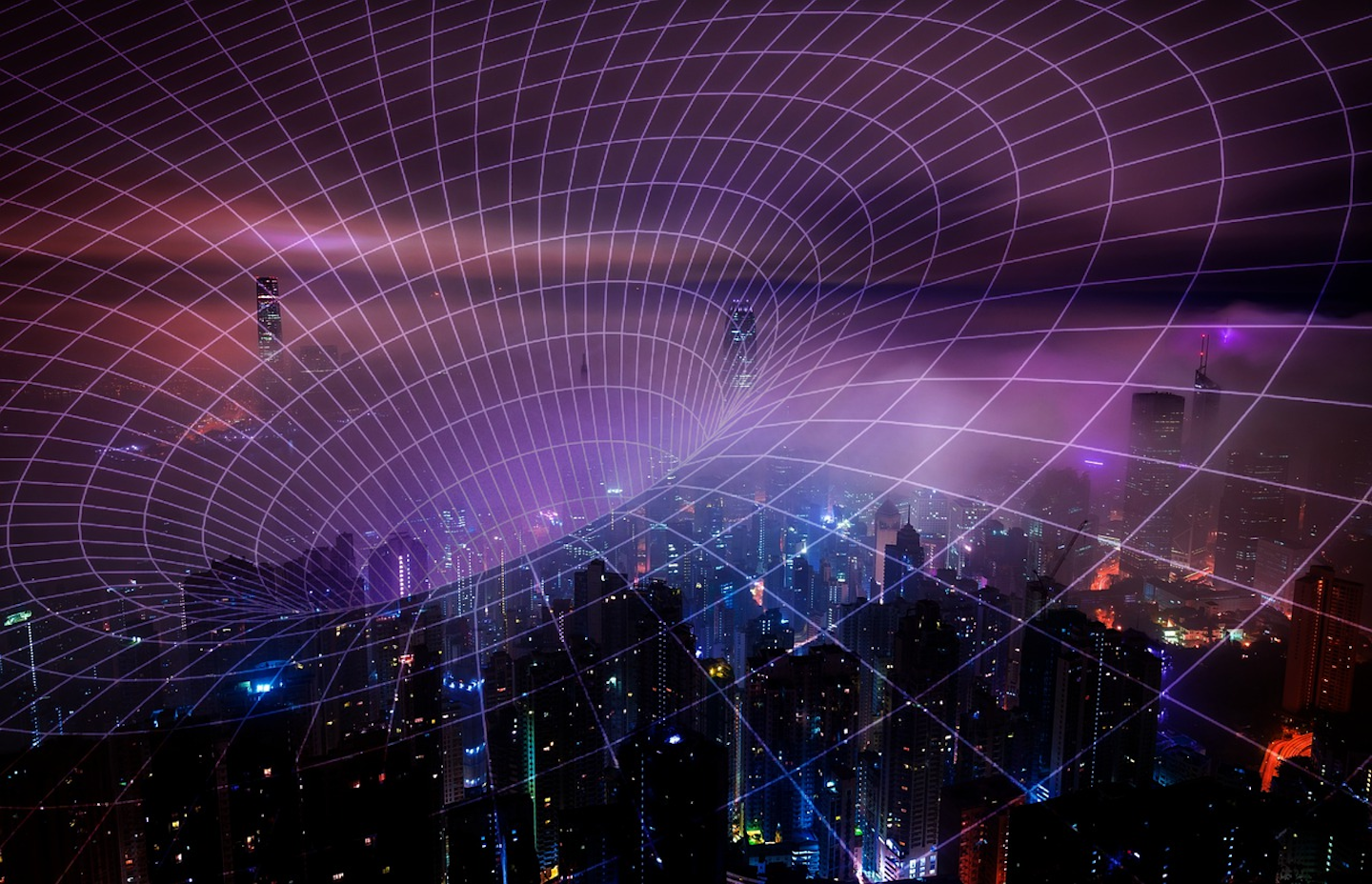 In an email to this author earlier this year, Rakuten Mobile CTO Tareq Amin wrote: “NEC/Rakuten 5GC openness are realized by implementation of “Open Interface” defined in 3GPP specifications  (TS 23.501, 502, 503 and related stage 3 specifications).  3GPP 5GC specification requires cloud native architecture as the general concept (service based architecture).  It should be distributed, stateless, and scalable.  However, an explicit reference model is out of scope for the 3GPP specifications.”

Dell’Oro Group’s Dave Bolan via an email this week:  “All of 5G Core will be Cloud-Native, mostly Container-based. Except there are different cloud-native versions and container versions, not making it truly open. Anyone that wants to put their core on the public cloud will have to customize it for each cloud platform. Same may be true for the NFVI if it runs on – x86, AMD, ARM, or Nvidia – and couple that with the different UPF acceleration techniques, it gets complex very quickly.”

How could 5G SA possibly be open if there are no standards or implementation specs for 5G cloud native core network or true 5G functions like network slicing?

The result will be multiplicity of 5G SA carrier specific software running on different cloud service provider (CSP) compute servers.  Note also that each CSP has their own set of APIs and different cloud configurations will be used for the 5G cloud native core network.  The upshot is that changing a 5G SA software vendor or cloud service provider will be a huge problem for 5G network operators.  Again, that’s because of the proprietary nature of 5G SA deployments in the absence of 5G core network standards/open implementation specs.

What’s worse is that this will have a huge negative impact on PORTABLE/GEOGRAPHICALLY MOBILE 5G endpoints, like smartphones, tablets, notebook computers, gaming consoles, etc.  As each network provider’s 5G core network will be different, a unique, carrier specific 5G core download will be required for 5G endpoints for each 5G SA core network provider.

That will severely restrict portability/mobility to within a single carrier serving area and effectively prevent 5G SA roaming.  For example, Samsung is providing 5G SA network downloads for its smartphones that operate on T-MobileUS 5G SA network. But those downloads won’t work on any other 5G SA network, so the truly mobile user will fall back to 4G-LTE whenever he or she is outside T-MobileUS’s carrier service area.

If the major use of 5G SA/Core network is industrial applications that don’t move or move ONLY within 5G carrier serving area, that isn’t a problem.  But it certainly is for a 5G device a business traveler takes with him or her when on the road as it will fall back to 4G-LTE if 5G service from his or her carrier is not available.
…………………………………………………………………………………………………………………………………………………
Parting Shot:
It’s amazing to this author that the FOR PROFIT MAINSTREAM MEDIA (MSM) have neglected or glossed over the 5G SA core network interoperability problem and lack of 5G SA roaming.  In fact, we haven’t seen much of ACTUAL (vs MOUs) 5G NSA roaming.  Does that even exist?
They have also ignored the “sleight of hand” used by ITU-R in M.2130 (formerly known as IMT 2020 RAN/RIT/SRIT) where the URLLC use case performance requirements are not met.  Nor is there an approved companion recommendation (M.1036 revision 6) which specifies 5G frequency arrangements, especially for mmWave which has been a very controversial topic for ITU-R WP 5D.
Similarly, no one from the MSM has called attention to 3GPP Release 16 (frozen in June 2020) URLLC in the RAN spec not being completed or performance tested.
The IEEE Techblog continues to be a voice in the wilderness, busting myths and exposing false claims while negating most of the 5G hype on use cases, ultra low latency, 5G SA core network, network slicing, etc.