The Radiology Institute (InRad) of the Hospital das Clínicas, Faculty of Medicine of the University of São Paulo in Brazil is launching their first field trial of a 5G private network. The project will be housed at InovaHC, the Innovation Center of the Hospital das Clínicas, and is coordinated by Deloitte in collaboration with Telecom Infra Project (TIP), Itaú Unibanco, NEC, Brazilian Agency for Industrial Development (ABDI), Inter-American Development Bank (BID) and the Polytechnic School of the University of São Paulo (Poli-USP).

The field trial will assess 5G data transmission capacity, response time, and the feasibility of carrying out remote examinations using the increased speed and lower latency the next-generation 5G private network provides. The proof of concept for the project, OpenCare 5G, will initially focus on the viability of conducting remote ultrasound exams using 5G connectivity with on-premise private network infrastructure.

The project will follow the TIP 5G Private Networks Solution Group framework which brings together a range of industry experts to develop, test and deploy this technology based solution to help advance healthcare for enhanced application performance. The parties involved in the OpenCare 5G tests include:

• Deloitte will coordinate the project, proposing sustainable business models for the ecosystem.
• InovaHC will contribute its research facilities and experience in attracting investors from the technology, telecommunications and pharmaceutical industries to promote academic research and foster national technology.
• Itaú Unibanco will provide its expertise in technology, as the first bank in Brazil to use Open RAN to provide a 5G connection, allocating part of its data center capacity.
• The Telecom Infra Project (TIP) 5G Private Networks Solution Group will support this use case by developing and publishing a blueprint in collaboration with NEC and Deloitte that will help scale the solution for future deployments around the world.
• NEC will act as the systems integrator of the network layer, managing the installation, configuration and commissioning of the indoor 5G network at InovaHC and Itaú Unibanco’s data center.
• The Brazilian Agency for Industrial Development (ABDI) is supporting the project to encourage the adoption of new technologies and new business models, in order to contribute to greater productivity in the industrial sector and competitiveness in the country.
• The Polytechnic School of the University of São Paulo (Poli-USP) will be responsible for the system architecture and research methodology during the implementation of the tests with an eye to the future, aware of how the technology will impact the development of new solutions. 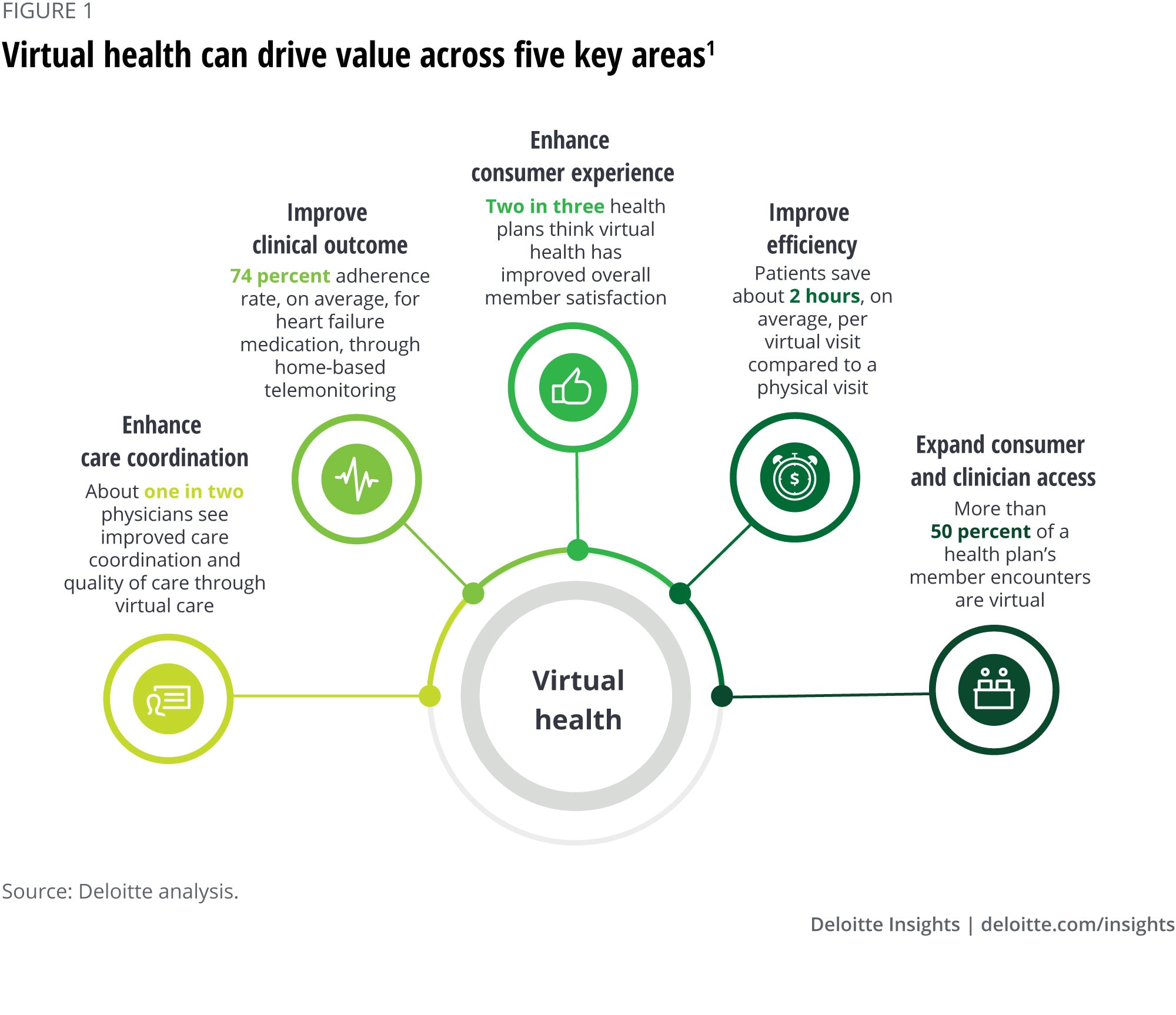 Giovanni Guido Cerri, president of the Innovation Commission (InovaHC) at Hospital das Clínicas and president of the Board of Directors of the Institute of Radiology, said: “This project will positively impact the delivery of patient care -accelerating digitization, personalized medicine, improving access, and reducing costs. Without a doubt, it will be an impetus for new investments in health and technology development, as well as improving access and reducing inequalities. It will also contribute to improving diagnostic quality and digital health.”

Márcia Ogawa, partner and leader of the Technology, Media and Telecom Industry practice at Deloitte Brazil, said: “This project is of significant social and economic relevance. It’s fundamental for public health and the development of research and products in the area of connectivity in Brazil. The use of 5G in healthcare and this trial promotes great positive impacts, attracting investment to the country and the development of new technologies to improve the quality of patient care, expanding access to public health, and better, faster care during emergencies. We are pleased to work with several leading organizations from the technology, telecom, and banking industries, to develop this project within the Hospital das Clínicas, one of Latin America’s top teaching hospitals, which will benefit the wider Brazilian health system (Sistema Único de Saúde).”

Angelo Guerra, president of NEC Brazil said: “The InovaHC use case for mobile ultrasound provides a cutting edge opportunity to showcase NEC’s integration capabilities to develop the solution at scale for several enterprise industry verticals. NEC’s seasoned system integrator capabilities will help incubate all aspects of the solution from onboarding to deployment in addition to building a blueprint collaborating within the ecosystem of TIP’s 5G Private Networks Solution Group.”

“The 5G private network takes the evolution of networks to the next level. Businesses see the potential to reap the benefits of 5G with dedicated infrastructure for an immersive user experience. TIP, in collaboration with Deloitte, NEC, and OEMs (Original Equipment Manufacturer), is providing a platform for all partners to incubate critical Inova healthcare use cases in this field trial, expanding the community’s relevance to enterprise verticals, opening the door to more use cases,” explains Sriram Subramanian, Technical Lead of TIP’s 5G Private Networks Solution Group.

The Telecom Infra Project (TIP) is gaining a lot of awareness and market traction, judging by last week’s very well attended TIP Summit at the Santa Clara Convention Center.  The number of telecom network operators presented was very impressive, especially considering that none were from the U.S. with the exception of AT&T, which presented on behalf of the Open Compute Project (OCP) Networking Group.   It was announced at the summit that the OCP Networking group had formed an alliance with TIP.

Facebook co-founded TIP along with Intel, Nokia, Deutsche Telekom, and SK Telecom at the 2016 Mobile World Congress event.  Like the OCP (also started by Facebook), its mission is to dis-aggregate network hardware into modules and define open source software building blocks. As its name implies, TIP’s focus is telecom infrastructure specific in its work to develop and deploy new networking technologies. TIP members include more than 500 companies, including telcos, Internet companies, vendors, consulting firms and system integrators.  Membership seems to have grown exponentially in the last year.

During his opening keynote speech, Axel Clauberg, VP of technology and innovation at Deutsche Telekom and chairman of the TIP Board of Directors, announced that three more operators had joined the TIP Board: BT, Telefonica, and Vodafone.

“TIP is truly operator-focused,” Clauberg said. “It’s called Telecom Infrastructure Project, and I really count on the operators to continue contributing to TIP and to take us to new heights.” That includes testing and deploying the new software and hardware contributed to TIP, he added.

“My big goal for next year is to get into the deployment stage,” Clauberg said. “We are working on deployable technology. [In 2018] I want to be measured on whether we are successfully entering that stage.”

Jay Parikh, head of engineering and infrastructure at Facebook, echoed that TIP’s end goal is deployments, whether it is developing new technologies, or supporting the ecosystem that will allow them to scale.

“It is still very early. Those of you who have been in the telco industry for a long time know that it does not move lightning fast. But we’re going to try and change that,” Parikh said.

The other projects/working groups are the following: A complete description, with pointers/hyperlinks to respective project/work group charters is in the TIP Company Member Application here.

Also of note was the announcement of several new TEACs – TIP Ecosystem Acceleration Centers, where start-ups and investors can work together with incumbent network operators to progress their respective agendas for telecom infrastructure.

The TIP website comments on the mission of the TEACs:

“Network functions need to be disaggregated and ‘cloudified.’  We need to decompose monolithic, vertically integrated systems into building blocks; create abstraction layers that hide complexity.  Design code and hardware as independent modules that don’t bring down the entire IT system/telecom network if they fail.”

“We’re going to build these use-case demonstrations,” said Mansoor Hanif, director of converged networks and innovation at BT. “If you’re going to do something as difficult and complex as network slicing, you might as well do it right.”

“This is the opening of a system that runs radio as a software on top of general purpose processes and interworks with independent radio,” said Santiago Tenorio, head of networks at Vodafone Group. The project will work to reduce the costs associated with building mobile networks and make it easier for smaller vendors to enter the market.  “By opening the system will we get a lower cost base? Definitely yes,” absolutely yes,” Tenorio added.

“Opening up closed, black-box systems enables innovation at every level, so that customers can meet the challenges facing their networks faster and more efficiently,” said Josh Leslie, CEO of Cumulus Networks. “We’re excited to work with the TIP community to bring open systems to networks beyond the data center.” [See reference press release from Cumulus below].

An Update from TIP Summit 2017