Cisco plans to lay off over 4,100 employees or 5% of its workforce, the company announced yesterday. That move is part of a restructuring plan to realign its workforce over the coming months to strengthen its optical networking, security and platform offerings. Cisco noted in financial filings it expects to spend a total of $600 million, with half of that outlay coming in the current quarter. The company will also reduce its real estate portfolio to reflect an increase in hybrid work.

In a transcript of Cisco’s Q1 2023 Earnings Call on November 17th, Cisco Chief Financial Officer Scott Herren characterized the move as a “rebalancing.”  On that call, Chairman and Chief Executive Officer Chuck Robbins said the company was “rightsizing certain businesses.”

Herren and CEO Chuck Robbins said the company is looking to put more resources behind its enterprise networking, platform, security and cloud-based products.  In the long run, analysts expect Cisco margins to improve as more revenue comes from security and software products.

By inference Cisco is de-emphasizing sales of routers to service providers who are moving towards white boxes/bare metal switches and/or designing their own switch/routers.

“This decision was not taken lightly, and we will do all we can to offer support to those impacted, including generous severance packages, job placement services and other benefits wherever possible. The job placement assistance will include doing “everything we can do” to help affected employees step into other open positions at the company.”

Cisco implemented a similar restructuring plan in mid-2020 which included a substantial number of layoffs. 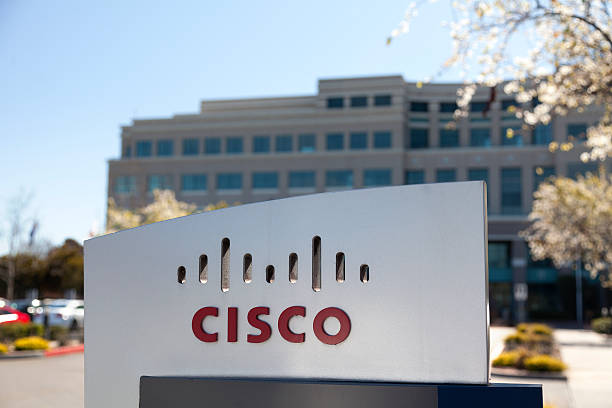 Much of Cisco’s revenue growth over the years has come from acquisitions. The acquisitions included Ethernet switch companies like Crescendo Communications. Kalpana and Grand Junction from 1993-1995.  Prior to those acquisitions, Cisco had not developed its own LAN switches and was primarily a company selling routers to enterprises, telcos and ISPs.

Here are a few of Cisco’s acquisitions over the last five years:

Aside from acquisitions, new accounting rules have been a plus for revenue recognition. The rules known as ASC 606 require upfront recognition of multiyear software licenses.

One bright spot for Cisco have been sales of the Catalyst 9000 Ethernet switches. The company claims they are the first purpose-built platform designed for complete access control using the Cisco DNA architecture and software-defined SD access. This means that this series of switches simplifies the design, provision and maintenance of security across the entire access network to the network core.

There is also an opportunity for Cisco in data center upgrades.  The so-called “internet cloud” is made up of warehouse-sized data centers. They’re packed with racks of computer servers, data storage systems and networking gear. Most cloud computing data centers now use 100 gigabit-per-second communications gear. A data center upgrade cycle to 400G technology has been delayed.

Cisco in 2019 agreed to buy optical components maker Acacia Communications for $2.6 billion in cash. China’s government delayed approval of the deal. In January 2021, Cisco upped its offer for Acacia to $4.5 billion and the deal finally closed on March 1, 2021.   Acacia designs, manufactures, and sells a complete portfolio of high-speed optical interconnect technologies addressing a range of applications across datacenter, metro, regional, long-haul, and undersea networks.

Routed Optical Networking works by merging IP and private line services onto a single layer where all the switching is done at Layer 3. Routers are connected with standardized 400G ZR/ZR+ coherent pluggable optics.

With a single service layer based upon IP, flexible management tools can leverage telemetry and model-driven programmability to streamline lifecycle operations. This simplified architecture integrates open data models and standard APIs, enabling a provider to focus on automation initiatives for a simpler topology.  It may be a big winner for Cisco in the near future as service providers move to 400G transport.